In my post the other day, I blogged about the outbreak at the Pasai Siong cluster and how Sibu came to be declared a red zone. There were 37 cases initially and over 90 cases in the subsequent two days and almost 150 cases the third day, over 400 cases already at the time of writing.

This is so very shocking and that is not all. Using MySejahtera, they are able to keep track of where you go and that was what they did in the cases of those tested positive. Every day, they would release lists of places those people had been to and one of them in the list was this shop… 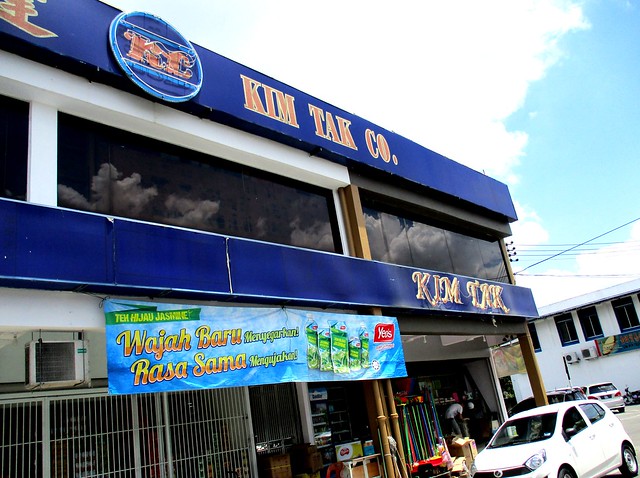 This was once very popular because of the availability of most anything and everything and the competitive prices so much so that come Chinese New Year, people would come from miles around and the road would be jammed and you would see all the cars parked all along the side of the narrow road.

It is not as popular now – as a matter of fact, it has been downsized a bit. I, for one, would buy my eggs there and once in a while, I may pick up a loaf of bread or  a thing or two. I think I am more of a regular at the fruit and food shop at the end of the other block to the right and thankfully, it is not in the list.

It seems that somebody dropped by this particular shop on a certain day (if I remember correctly, it was on 10th January, Sunday) at 2 something in the afternoon, a rather unusual time to be shopping – probably just stopping by to grab something and if you happened to be there on the same day and especially around that same time, you would have to go for a swab test to make sure that you had not been infected.

No, that was the day of my sister’s birthday gathering in the evening and we were here for lunch and at home the rest of the time so we did not go there. I can’t remember when I went there, possibly a few days earlier to stock up on eggs, canned food, instant noodles and everything when the number of cases in the country was mounting and I had a feeling that there was going to be a lockdown.

I bought two packs of these Malaysian-made biscuits… 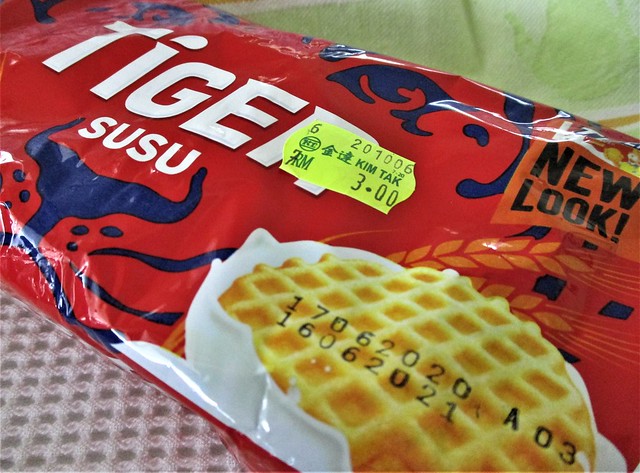 …that I do enjoy a lot. When my bed-ridden mum was still around, on days when she did not have an appetite, we would give her these, the susu ones. I guess that is all carbs and sugar but at least, she would be eating something, better than nothing.

At the same time, I also picked up a pack of the original… 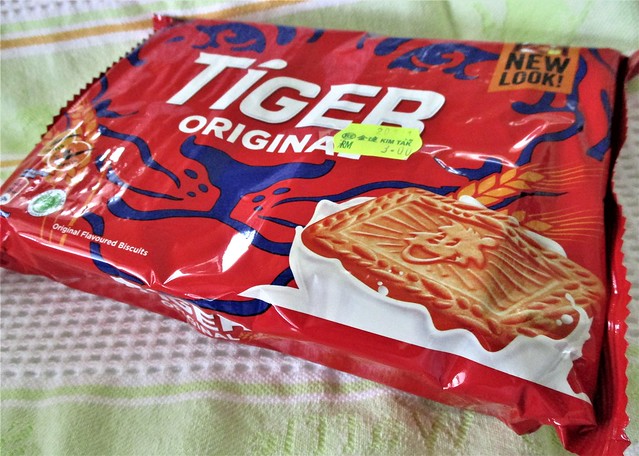 For one thing, they’re a whole lot cheaper than those imported biscuits which are super expensive and may not be that great. The ladies in the house bought me those celebrated Scottish shortbread for Christmas, almost RM20.00 a box and only a few pieces inside…plus they did not seem to be as nice as before. They got me two boxes, almost RM50.00 – with that kind of money, they could have got me a roast chicken or a roast duck and still have change and I would enjoy it a whole lot more.

Talking about shortbread, my cousin in Melbourne says these Foochow  shortbread – that’s what she calls them, the Mooncake Festival biscuits (pek guek tong chiew peah)… 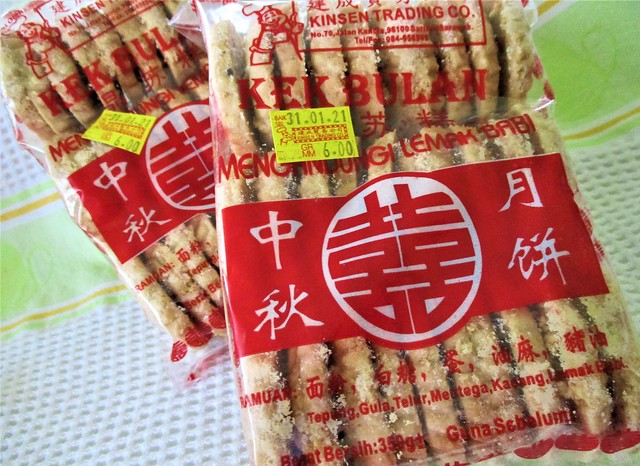 …are anytime nicer than the Scottish ones. Well, they are nice, especially the ones with the lovely fragrance and taste of lard and I happened to be at the shop in the block next to the aforementioned (this one was not on the list) early on Monday morning…and thank goodness I did not hop next door to look around. There were only three packets left, probably leftovers from the festival earlier last year, expiring on the 31st…so I grabbed all of them to enjoy. After all, we would not be getting anymore until the festival this year…that is if things get better and return to normal, more or less and we shall be able to get them again.

The business owners of all those places were supposed to close for 14 days and have them sanitised from top to bottom but I don’t think many of them would bother. The only thing we can do in the light of things in this present situation would be to just stay home and if, for whatever reason we simply have to go out, we must make sure we have our masks on at all times, sanitise often and wash our hands thoroughly…and bathe once we get home. Better be safe than sorry!!!