Sibu has been declared a red zone on Saturday following this case at Pasai Siong where a girl came home from Johore via KL (and Kuching too, if I remember correctly) to attend her father’s funeral.

I guess she was not to blame as she tested negative all the way and by the last test that turned out positive, it was already too late. At that point in time, this so-called super spreader had infected 37 others.

One thing about these ethnic groups here, when there is a wedding, a festival or whatever event, even a funeral, everyone in the longhouse and all the longhouses around would commune to drink and feast away, casting whatever SOP and physical distancing to the wind. In another cluster recently, they were celebrating Christmas at the longhouse.

Instantly, the roads were deserted Saturday night and according to Andy, there wasn’t a single customer at Payung… 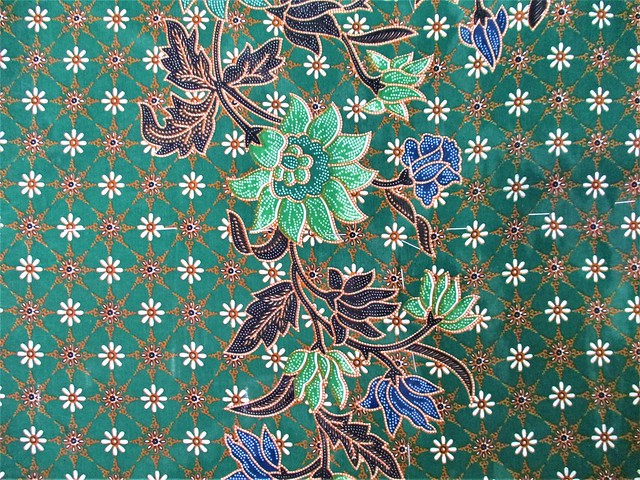 …the whole night through. We went there for lunch on Sunday and there were noticeably fewer cars on the road but we did see some coffee shops that were full of people. There wasn’t anybody else at Payung but we still went through the SOP and maintained our physical distancing. 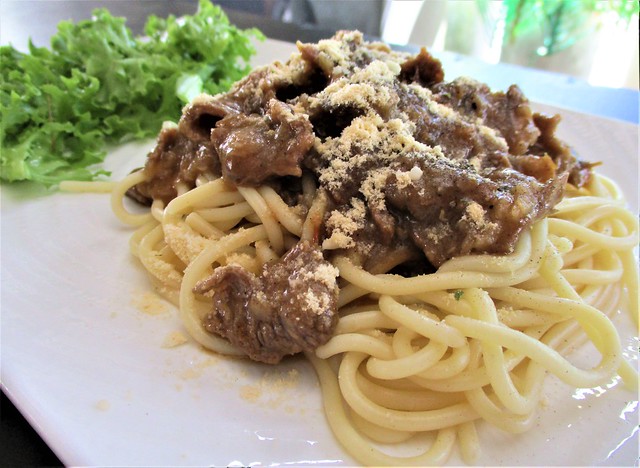 …which she enjoyed tremendously after not eating it for so long. I am not fond of bolognese in general but their own-made sauce with fresh tomatoes here is da’ bomb!

My missus had their green curry chicken (RM16.00, with rice)… 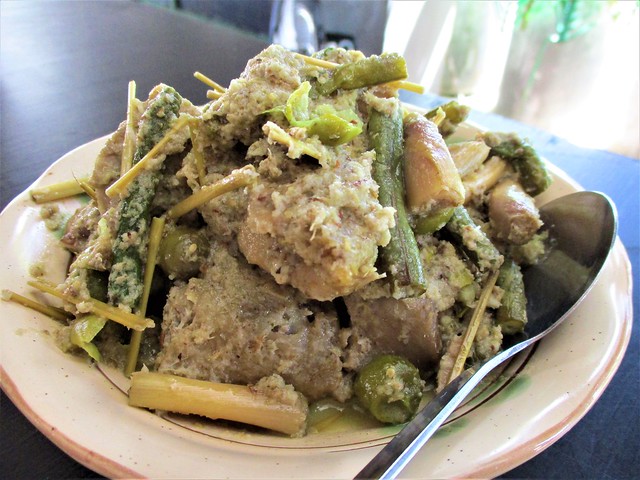 …and the serving that Andy gave her was so huge that he had to give the extra gravy separately in another bowl. 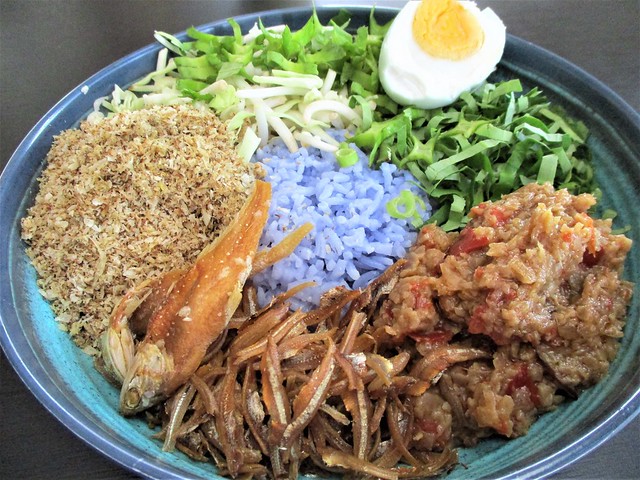 The first and the last time I had it, Peter sent it to my house and I had not had the chance to eat it since. Yes, the rice was nicely tinted blue using the colour from the butterfly pea flowers from my garden that I had been sending to them regularly. If you go and eat this at most of the Malay shops and stalls, you will be horrified at the sight of their shade of blue, the result of using artificial colouring!

It seemed that they added a bit of santan (coconut milk) and dunno what else to the rice to enhance its taste so it did not come across like the blue-coloured plain rice that you will get elsewhere.

Having said that, elsewhere, they serve this with a piece of meat, chicken usually, or fish but you do not get that here even though Peter did tell me once that there is fish in the kerisik… 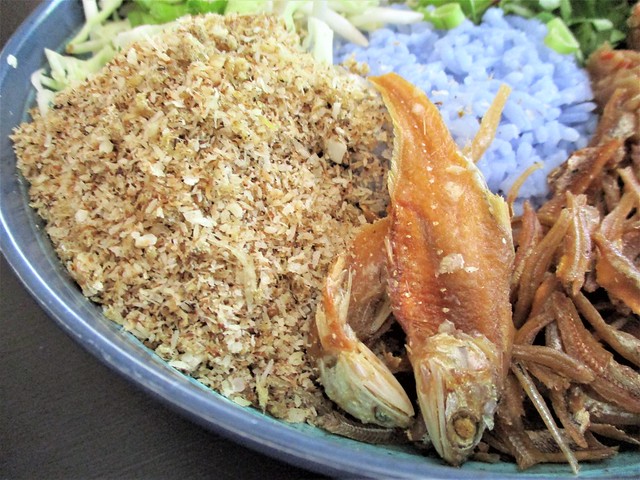 …and they do give some fried ikan bilis (anchovies) and these salted fish that I do enjoy. I was thinking that they can make some mini version of their very nice otak-otak and serve it by the side for a few ringgit more – that would probably bring the dish to a whole new level. Otherwise, this is almost vegetarian, not quite something down my alley even though it was very nice and I did enjoy it. I would say that the serving was HUGE, enough for two to share. 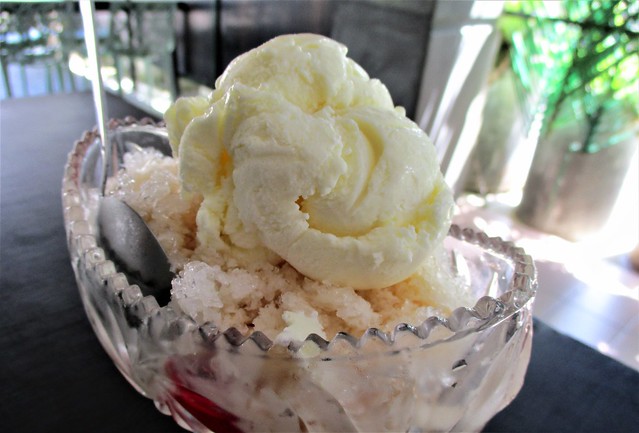 …for dessert and asked for it to be served in a bowl instead of the usual tall glass as it would be easier to eat it this way.

That certainly was a delightful lunch and as we were leaving, I was glad to see a young couple dropping by for lunch. A number of places here have closed down and the way things are going, there would be some more, I’m sure.

I don’t know when we would be dropping by here again – the way things are going, we would most likely prefer to stay at home but I did tapao some of their dishes to store in the freezer to heat up and eat whenever we feel like it and incidentally, I just saw that we can order food delivery at 0165787614 or call Andy, 01153375498 and they will send via Grab (RM5.00 within Sibu) – payments can be made via Sarawak Pay. Do give them a tinkle if you are thus inclined!