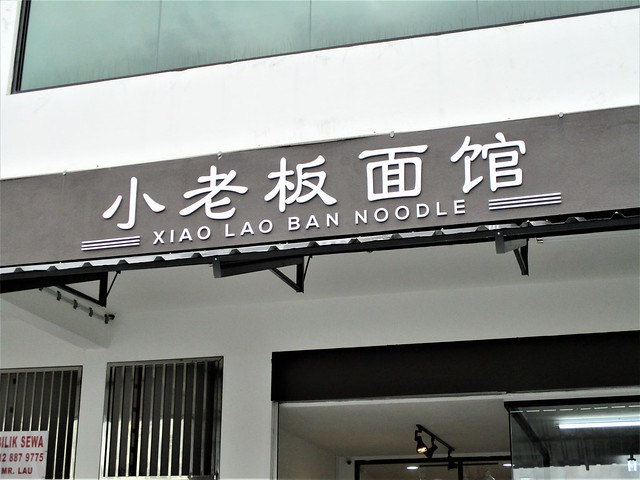 …is actually Little Boss. I heard a lot of raving reviews regarding this place and some of our local Sibu foodies have been spotted enjoying the noodles there so of course, I simply had to go and try it first hand.

Gosh!!! Talk about starting on the wrong foot, it was quite a chore trying to place our orders as they seemed to be mono-lingual here and could speak none of the Chinese dialects. I speak Hokkien and my missus’ Foochow will put any Foochow to shame but no, they can only speak Mandarin here.

I had no  choice but to struggle with the little bit of Mandarin that I know and I ordered this bowl of kampua mee, original, with REAL char siew (RM4.00)… 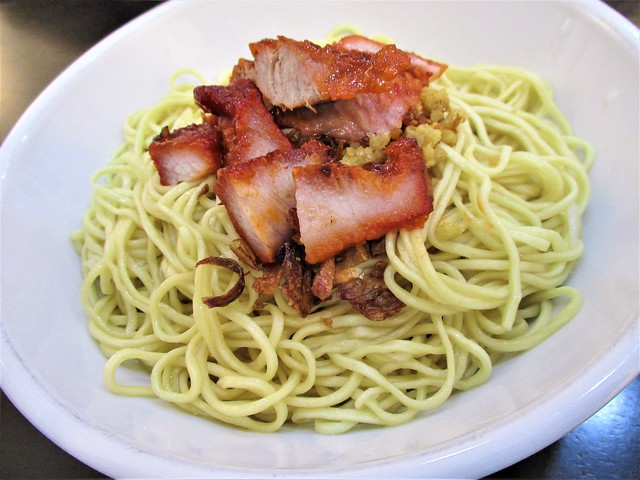 I vaguely understood from what the lady said that there were a whole lot of other options like having braised pork or siew yoke and whatever else in their list instead of the char siew and she did say something about having the noodles red, thank you very much.

Now, RM4.00 certainly is more expensive than kampua mee elsewhere but then again, they gave REAL char siew, not those lame imitations – the thin slices of boiled pork coloured red plus the place is nicer than your regular coffee shop and it is air-conditioned.

I could detect the very strong fragrance and taste of lard in the noodles but I wished they had cooked it a bit longer – it was hard, not soft enough for my liking and my first impression was that the rising prices of shallots and spring onions have taken their toll on the barely noticeable garnishing and no, there was no complimentary soup that came with the bowl of noodles, nice or otherwise. 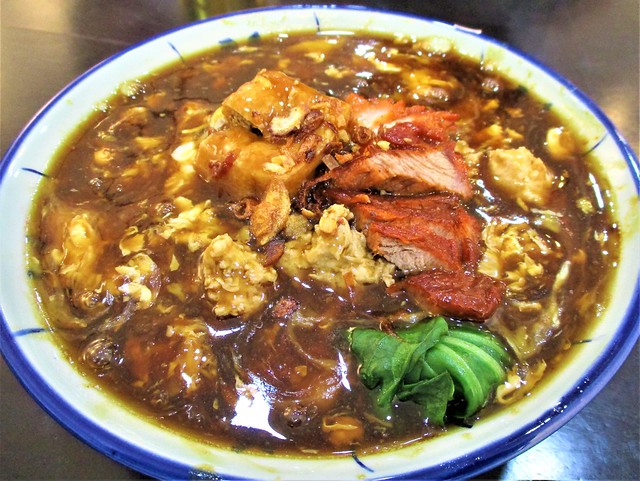 …to share and try and yes, it was nice. No, it wasn’t anything like what we ate and enjoyed so much a long time ago – why, it did not even have kangkong in it, just bok choy, but it was all right. 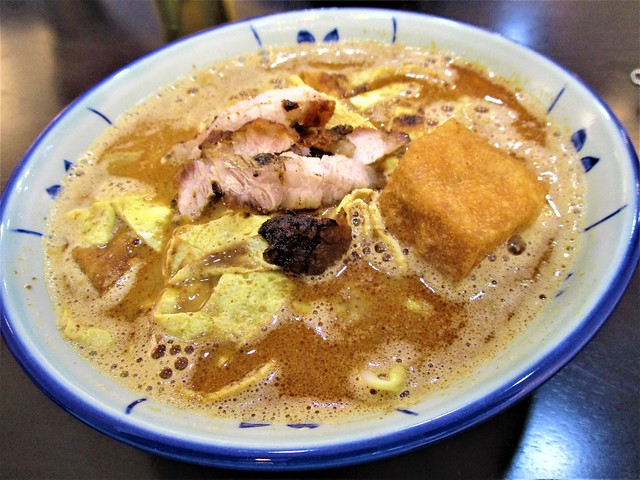 …which certainly LOOKED disappointing. The least they could do when they reheated the broth was to sieve away all the bubbles. No, it did not look nor taste anything like authentic Sarawak laksa but yes, it did taste pretty good. 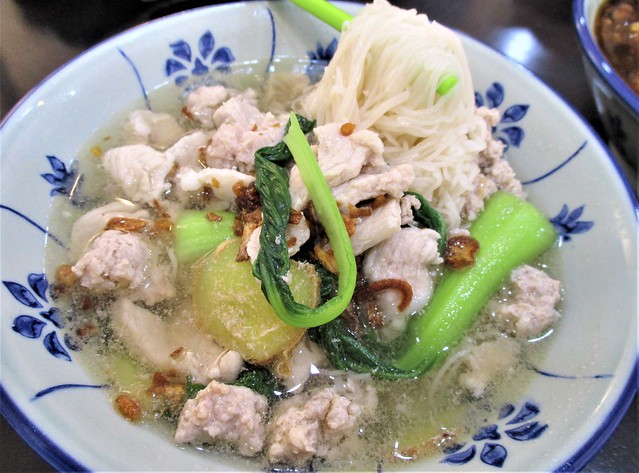 …which took us by surprise. No, it was not served with the traditional Foochow red wine and ginger chicken soup and came instead in some clear soup that one would probably get in a bowl of kway teow th’ng but with ginger. To give credit where credit is due, it was quite nice as well.

All in all, we thought everything was all right but no, we did not think there was anything that got us all excited and jumping with delight and no, you would not catch us rushing back there for more – they would have to do a whole lot better than that!