Last Sunday, we decided to take a break from our stay-at-home routine and go out for lunch.

I saw on Facebook that they had nasi Arab served with mutton curry at one place here so we made our way there. Actually, we had that there before and we had forgotten all about it completely. That shows how forgettable it was and obviously, it was not that great as we never went back for more.

Anyway, when we arrived there that day, I saw that there were so many cars parked outside the shop and I was really pissed off by how there were motorcycles in the few vacant spaces available, one in each parking space. These people are so inconsiderate! We looked into the shop and we saw a whole lot of people – it did not look like there was a table available. No, there was obviously no social/physical distancing and at a quick glance, I did not see anybody wearing a mask either! In the end, we decided to go elsewhere instead.

My girl asked about the wat tan hor that I was telling them about and she wanted to give it a try. That was why we ended up there. Gee!!! I am becoming quite a regular at that place!

I ordered the nyonya egg skin popiah (RM3.00 each)… 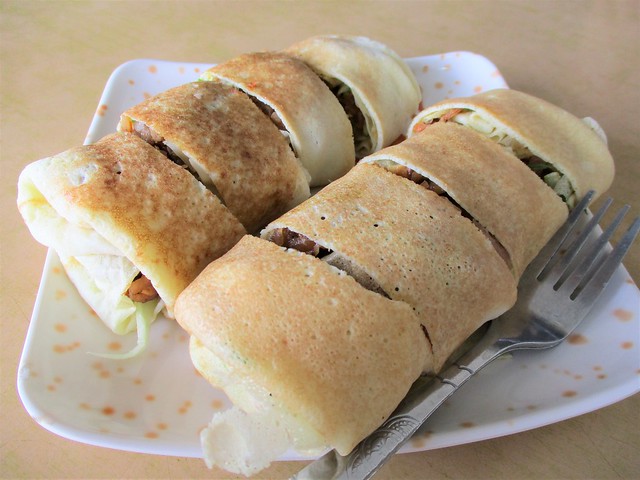 …from the so-called nyonya stall.

I wanted the kuih pai tee too but the boy said they were all sold out which I felt was a lame excuse. Some of my friends went there and they were told that same story too. If they were selling so well, they could have made a whole lot of the shells and kept them in an airtight tin for use…anytime! I am quite sure they did not make any at all and was lying through their teeth. Honestly, I am amazed by how these people can run a business like that! To be frank, considering how all their other dishes weren’t that great, they should just forget about them and concentrate on these two.

The ladies just had a slice of the popiah… 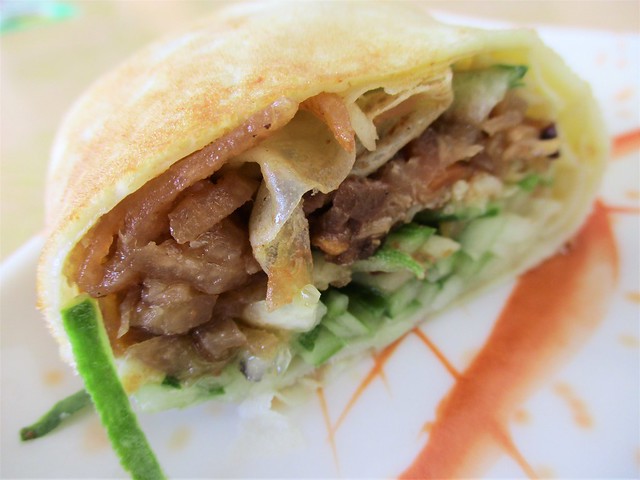 …and yes, they said it was very nice, much nicer than when I bought it home that day and it had turned all soggy. My girl did not like the raw cucumber inside though and needless to say, she prefers the ones that I make a lot more…anytime!

I went to the Seremban guy’s stall and placed our orders and we all sat at a table outside and waited to be served. 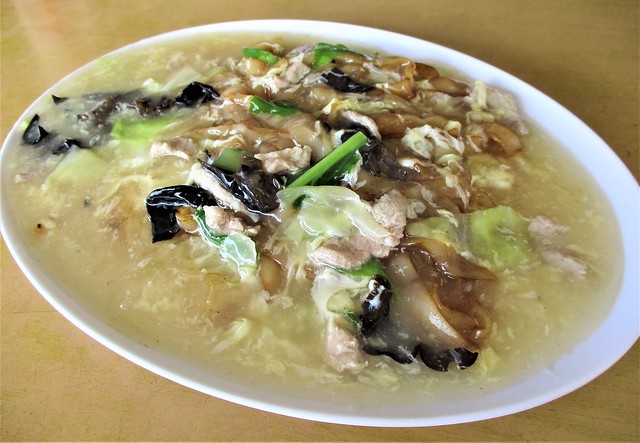 …and she was visually delighted the instant it came. When she tried it, it swept her off her feet and she declared it to be the best in town!

She said that it reminded her of a place that they call Er Chea, which probably means 2nd Elder Sister, at this lane in Sungai Petani that is lined on both sides with hawker stalls. She and her friends would walk there after the church service on Saturday nights for a very late dinner/supper before going back to their hostel. She said that they had that there at one of the hawker stalls but at times, it was not open so she would have something else instead. 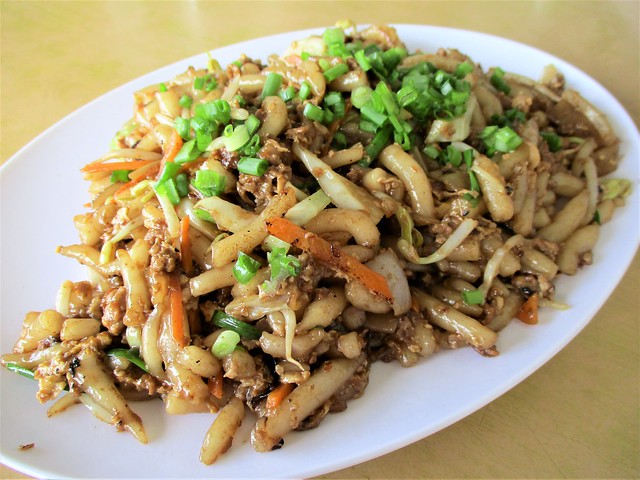 …instead. I wanted the boy (probably the son, there to help out on a Sunday) to take it back but my missus said it was all right as it looked really good and she was overwhelmed by the wok hei fragrance the instant it was served. Yes, she was very happy with it and did not mind the mix-up one bit.

Like what I said in my previous post, I would come back  here and try the Moon River (RM5.50)… 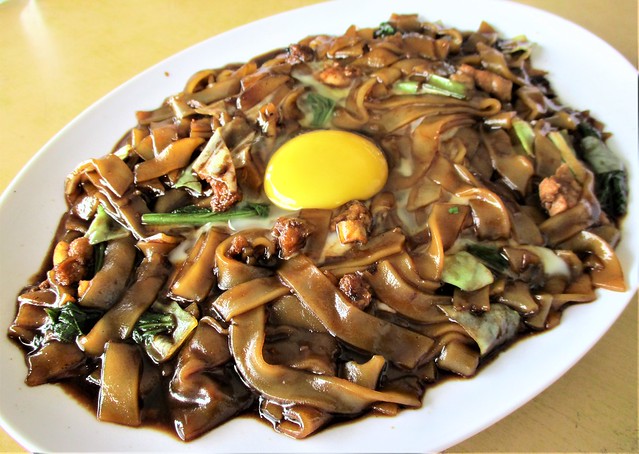 …and that was what I did but unfortunately, it was not what I was expecting. I remember that the few that I had had before had char kway teow, dry as the base with the raw egg on top. This one had the kway teow fried KL Hokkien mee-style so even though it was all right, not too bad, in fact, it was not what I was looking forward to so I was rather disappointed. If it had been the guy’s very nice KL Hokkien mee plus the egg, it might have tasted much nicer. I don’t think this is anything I would want to order again.

玛莉娘惹料理 MARY’S NYONYA CUISINE and NOODLE BAR are located at the GRAND WONDERFUL FOOD COURT (2.309601, 111.845163) along Jalan Pipit, off Jalan Dr Wong Soon Kai, on your left just before the Petronas petrol station a short distance from Delta Mall. You can also go in via Lorong Pipit 4, turning left into the lane at the junction where Starbucks Sibu is located and go straight ahead from there.