Some of you may remember me saying on more than one occasion that we cannot buy fresh beef here in Sibu.

We could…once upon a time, a long long time ago. There was one solitary stall (High Street side) at the Sibu wet market when it was in its original location run by an old Malay man assisted by two young guys, probably his sons or whoever. Supply was reliable – we could just go and buy whenever we needed beef.

When the market moved to its current location, they also moved. I did not see the old man anymore then – the younger guys had taken over and some days, it would be open, not every day! I joined the mile-long queue once and I watched the guy at work. The leg was hanging on one side of the stall and his sharpening stone at the other end. He would sharpen his teeny weeny knife and walk over and cut a bit of something in the leg and then he went back to the stone to sharpen his knife again. I was so pissed off at how he was going at a snail’s pace, taking his sweet time and simply ignoring his customers when so many people were standing there, waiting to buy so I just left without buying.

The Kuching franchise, Sarabif, had an outlet here once but it did not last very long. For one thing, it was at some God-forsaken place in some back alley – people going marketing would not be coming that way to buy the beef and I did hear something about some problem they faced in transporting the meat all the way from Kuching…as they (probably the franchise holder) did not have one of those trucks with freezing facilities.

So all this while, we had to buy those frozen imported beef. Even those from Australia and New Zealand were as tough as leather and so very difficult to cut and slice, what more to say, eat and some, dunno from where, even had an unpleasant smell. I sure am glad that nowadays, we can buy premium beef from New Zealand, pre-sliced/cut and vacuum-packed like the beef briskets that I used to cook the lovely soup that day.

My missus bought this… 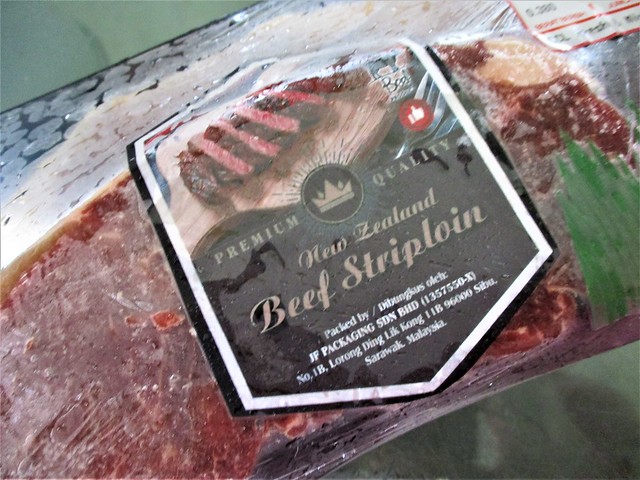 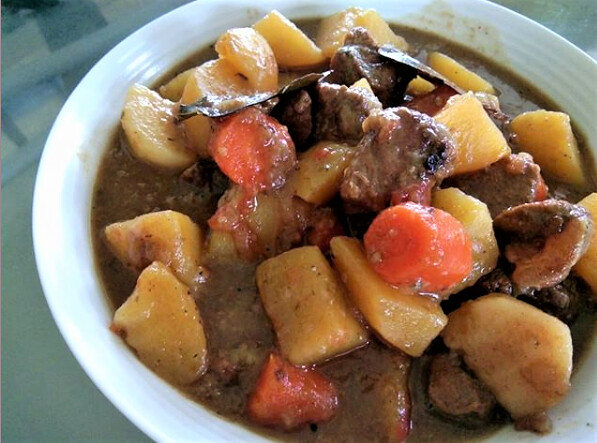 Of course, she was so happy especially after that last one that we had… 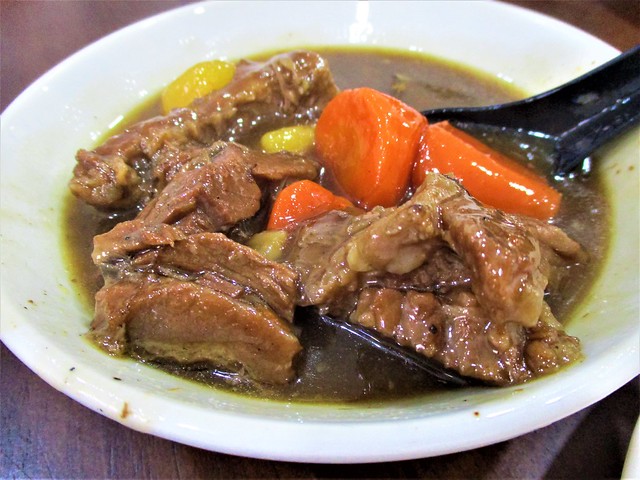 …that did not tickle her fancy – so Chinese, she said. Just one pack with a whole lot of potatoes and carrots and there was enough to last for two meals over two days!

My missus said she could not remember how much she paid for it, probably over RM30.00. Perhaps hers was a bigger pack but I saw that at the place where I bought the oysters that day and they were around RM20.00 only, some more, some less depending on the net weight so of course, I quickly grabbed a few packs to keep in the freezer to cook as and when we feel like it. They also had ribeye cuts and yes, I did buy a few of those too.

Incidentally, i was driving past the Sibu Central Market mid-morning sometime ago, probably before the pandemic outbreak and lo and behold! I could not believe my eyes when I saw that the aforementioned beef stall was open for business!!! No, thank you! I am quite happy with what I can get and frankly, the way those people run their business, it is a wonder they can last this long!

CCL FRESH MINI MARKET is located at the end of the block to the right of the Grand Wonderful Hotel (2.309601, 111.845163) along Jalan Pipit, off Jalan Dr Wong Soon Kai, on your left just before the Petronas petrol station a short distance from Delta Mall. You can also go in via Lorong Pipit 4, turning left into the lane at the junction where Starbucks Sibu is located and go straight ahead from there.