Yes, I went back there again because there are still a lot on the Seremban guy’s menu that I had yet to try.

This time around, I had his yee mee in mind. I did not want the Cantonese version as that would have the same egg gravy as in the wat tan hor or the Cantonese ying yong and I already tried that the other day. Besides, we had a very nice one here (but at over 3 times the price) not too long ago and furthermore, I did try cooking my own once and it didn’t turn out too shabbily.

I was thinking of ordering the soup version but decided against it as, for reasons unknown, the guy is not serving his in a claypot like all the claypot yee mee that I had had before. As a matter of fact, he does have something on his menu that will be served in a  claypot. 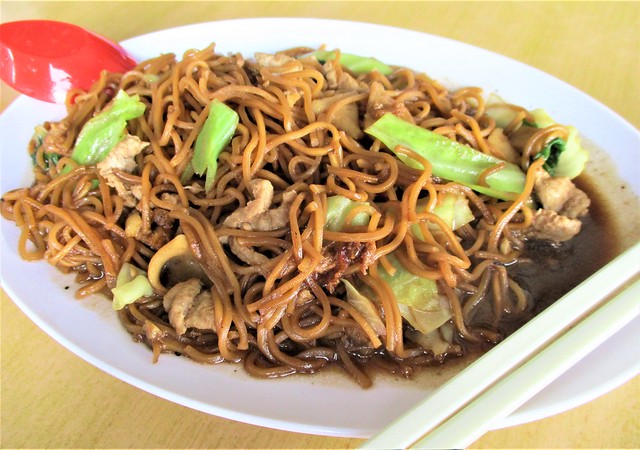 …which, if I am not wrong, is something like the moon mian that I always prefer when going for our local Foochow fried noodles.

Yes, it was very nice. The noodles were perfectly done, not too soft, not soggy and not hard either. It sure tasted great and while I was enjoying it, I could detect the taste of pork fat crusts… 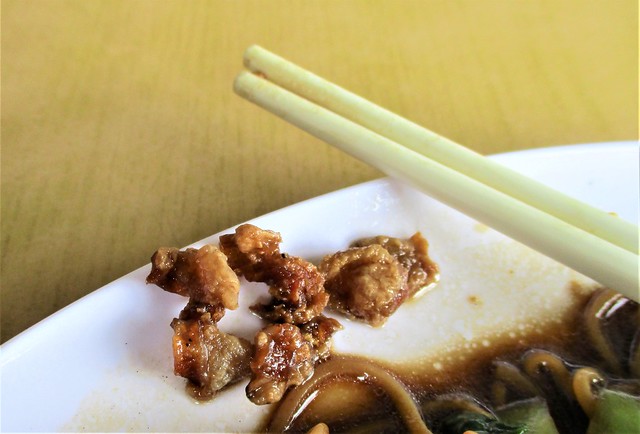 …and true enough, I managed to locate a few in the dish.

Unlike in the peninsula/mainland, you will never find anyone doing it here – they will throw a few pieces of pork fat into the hot wok to render the lard and then use it to fry the noodles, be it their KL Hokkien mee or their Penang char kway teow so when you eat it, you will find the crusts amongst the noodles. Another thing peculiar to the other side is how they use a hot charcoal fire to fry the noodles…and for their Penang char kway teow, more often than not, they will use duck eggs. Maybe there is, maybe there isn’t but personally, I don’t think I know of anybody doing that here.

Yes, I would say this… 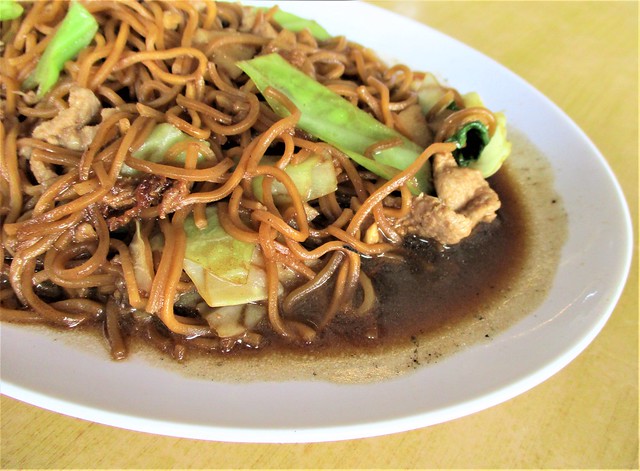 …was good too and I would not mind having that again sometime. Unfortunately, there is more that I have yet to try. Three down, still a long way to go. Perhaps the next time around, I shall try the Moon River – I spotted it on the menu that morning!

NOODLE BAR is located at the GRAND WONDERFUL FOOD COURT (2.309601, 111.845163) along Jalan Pipit, off Jalan Dr Wong Soon Kai, on your left just before the Petronas petrol station a short distance from Delta Mall. You can also go in via Lorong Pipit 4, turning left into the lane at the junction where Starbucks Sibu is located and go straight ahead from there.