I don’t know whether it was a Sunday or it was in a different part of the town centre but boy oh boy, there were so many cars on the road, whatever happened to #staysafe #staywell #stayhome, a stark difference from the way it was just one day before – hardly anybody, so very few cars around.

Perhaps it was the weekend before the All Souls’ Day weekend and some people came earlier to avoid the crowd on the actual weekend which, actually, was a good idea but personally, I do think that during a time such as this, it would be best to just sit this one out and give this year a miss. I am sure the deceased loved ones would understand.

Anyway, back to our lunch, my girl wanted her favourite beef on a hotplate (RM15.00)… 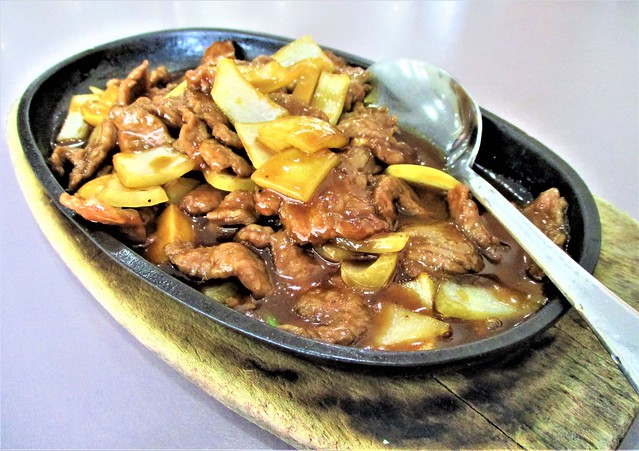 …here and of course, I told her that if the place was crowded, we would go some place else. Fortunately, there were only six tables with everyone observing the required physical distancing and sitting far apart. I picked a table for 4-6 by the wall, not too near all the rest, just nice for the 3 of us.

My girl is not so into leafy vegetables but she likes the baby kailan (RM13.00)… 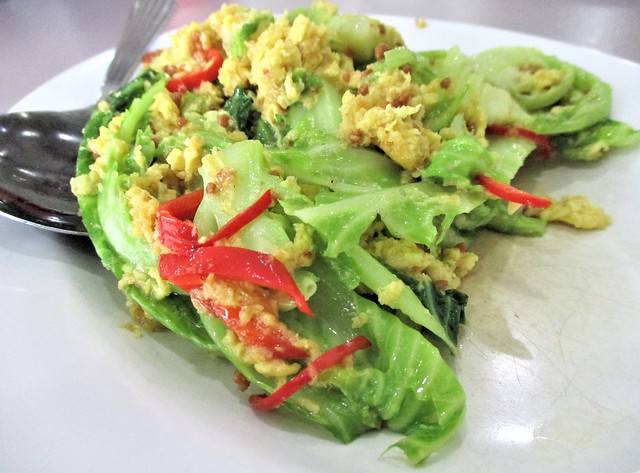 …here. I thought that was rather expensive so I grumbled about it to the lady boss. She said it was their signature dish and had special ingredients for the egg, probably some cheese and butter, both of which I could not detect. For one thing, it was so very salty that day so of course, I did not mince my words when I told the lady boss that! Unfortunately, all my rantings fell on deaf ears and no, she did not give me a discount. Tsk! Tsk! 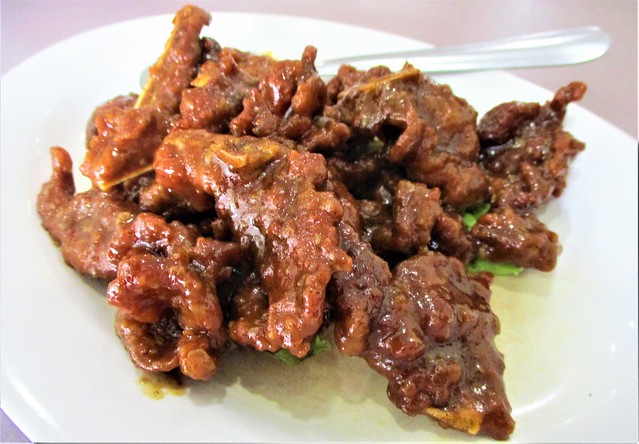 …was certainly an improvement from how I remembered it to be. My late father used to buy home from here for everyone in the house to eat, those years when my late mum was bedridden. This time around, the meat was very nice and tender and unlike before, the sauce did not taste like what came out of the bottle like what one would get when eating that once-a-year burger in the hope that one would strike it rich and be very prosperous!

We barely managed to eat half of the lamb though. The servings were so huge so we were so very full by the time we finished half of it and we left the sem boi kay/sour plum chicken (RM13.00)… 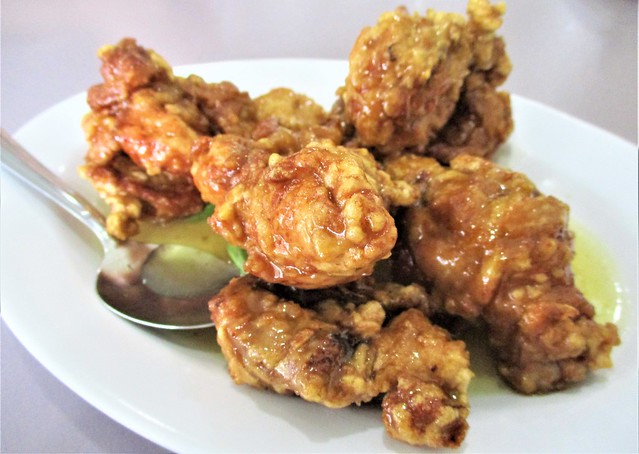 …another dish that my late dad used to buy quite regularly, untouched. I got my tiffin carrier from my car and we took the chicken and what was left of the lamb home for dinner.

The total for the food came up to RM63.00 which I thought was very reasonable as the servings were huge and we had three meat dishes.

We did have to wait for quite a bit though – they seem to have this practice, probably to ensure the quality of the food, whereby they will cook the orders according to the table – when it is your turn, they will cook all your orders at one go. I am pretty sure that at other places, if everybody is ordering that same dish, they would cook a whole lot of it, divide equally and dump on separate plates and serve.