I noticed a stall at this food court that looked rather interesting. All the dishes featured in the photographs did not look familiar and appeared interesting. Unfortunately, everything was in Mandarin so I could not tell what they were and it was my intention there and then to go back there and find out.

Unfortunately, when I dropped by the other morning, the stall was open but there was nobody there (and in case anyone is wondering, it so happened that he went to the washroom at the time). That was why I went to this stall… 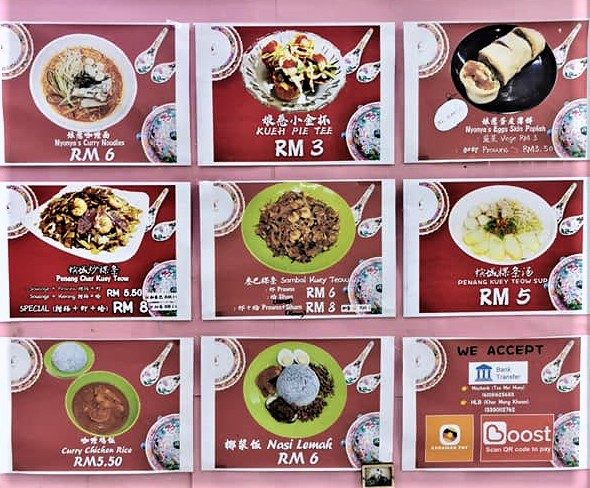 I had their Penang char kway teow, without cockles, which was decent but no, I did not go back there to have another go at it. I went browsing through their Facebook page and saw that they had kueh pai tee (top hats)… 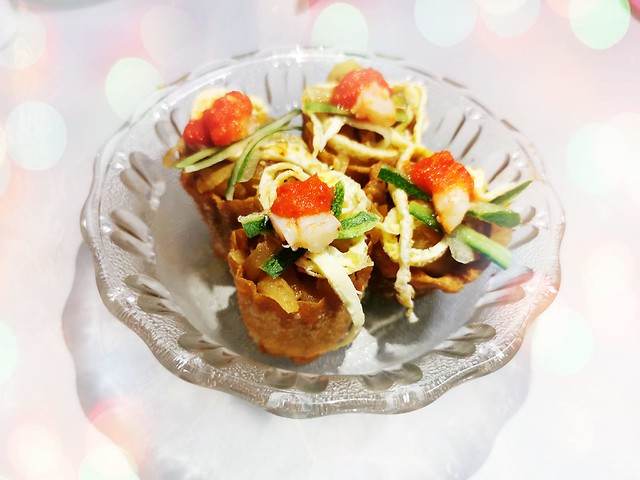 …so of course, I would like to give theirs a try. I cannot remember the last time I had any – that was such a very very long time ago, probably in 2012! You can imagine how disappointed I was when the lady told me they did not have it that day but they would be available the following day, Friday. I probably would not go back for those in case they had meat in the filling.

She told me that she makes the pai tee shells herself but no, she does not make them for sale. She suggested that I could try her popiah… 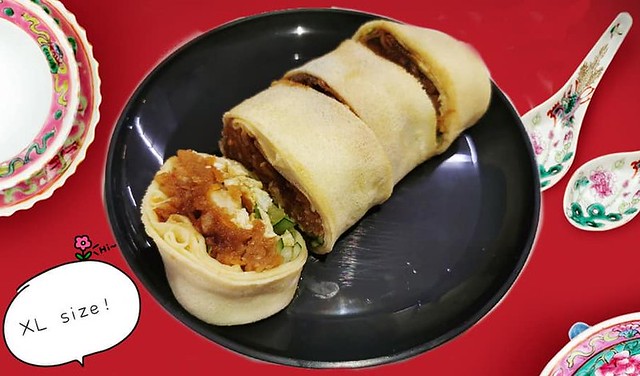 …but since she does not use popiah skin, be it the freshly-made ones or those frozen stuff sold at the supermarkets, I really was not so keen.

The lady came from Penang, it seemed – I read that somewhere in their Facebook page…and she kept speaking Mandarin to me. Of course, I refused to be dragged into it and kept speaking Hokkien to her. After all, who in Penang cannot speak Hokkien? I have Malay friends there who can speak the dialect so fluently they will put many to shame…and if she is a true-blue nyonya, she should be able to speak the Peranakan mixture of Hokkien and Malay and what have you.

Their mee jawa (not among the photographs in front of the stall) was not available either so in the end, I decided to try her Penang kway teow sup or as what we usually call it, kway teow th’ng (RM5.00)… 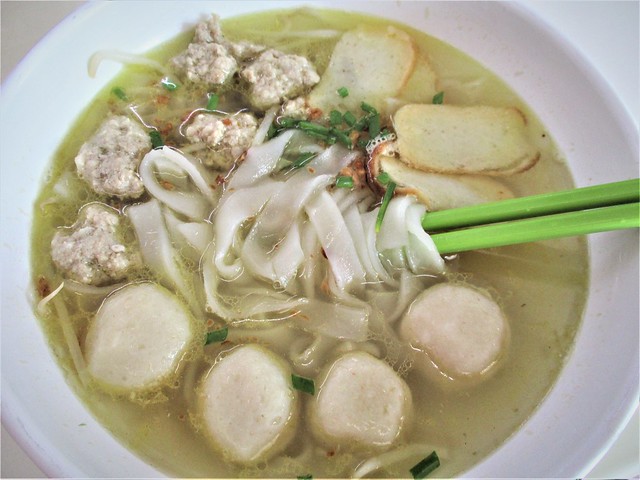 Much to my delight, it was really very nice! Though a tad oily, the soup was absolutely delicious! It was not like those slightly sweet ones that I had had before at the franchise places like here, here or here – this one had its own taste, a class of its own (and of course, it’s ONLY RM5.00 compared to the prices at all those places) and I so loved the taste and fragrance of the fried garlic in it.

I did not like those frozen supermarket fish balls though. The fish cake slices were all right… 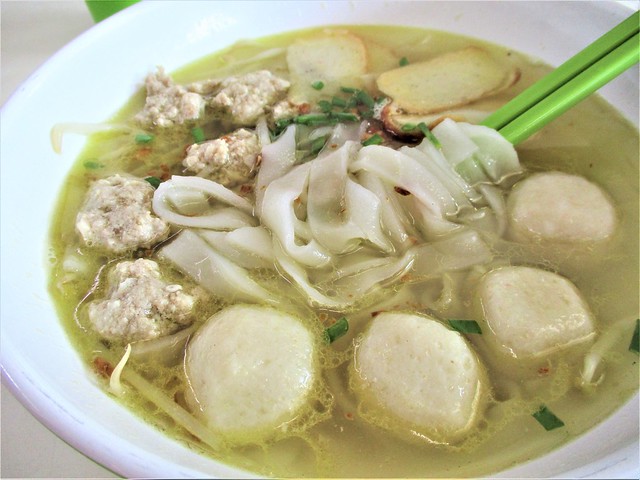 …so the next time I have this, I will ask for more of those or more minced meat balls or perhaps I shall request for a poached egg instead and yes, I sure would not mind having a go at it again the next time I drop by here.

GRAND WONDERFUL FOOD COURT (2.309601, 111.845163) is located along Jalan Pipit, off Jalan Dr Wong Soon Kai, on your left just before the Petronas petrol station a short distance from Delta Mall. You can also go in via Lorong Pipit 4, turning left into the lane at the junction where Starbucks Sibu is located and go straight ahead from there.