Well, I would not say it was not nice but in my opinion, I feel that there are others that I prefer.

I took my ex-student, Raphael, here for this… 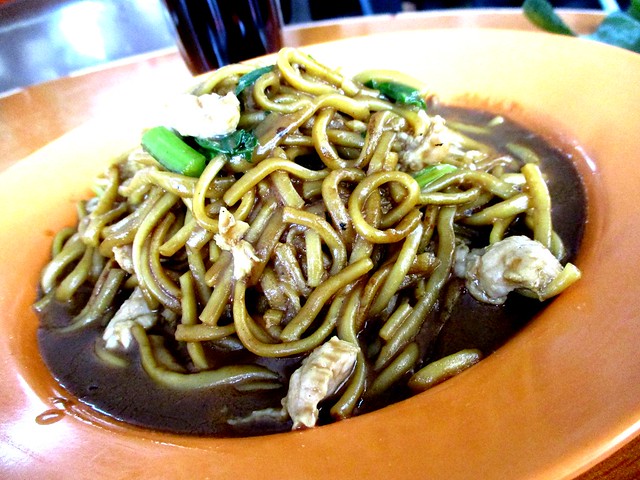 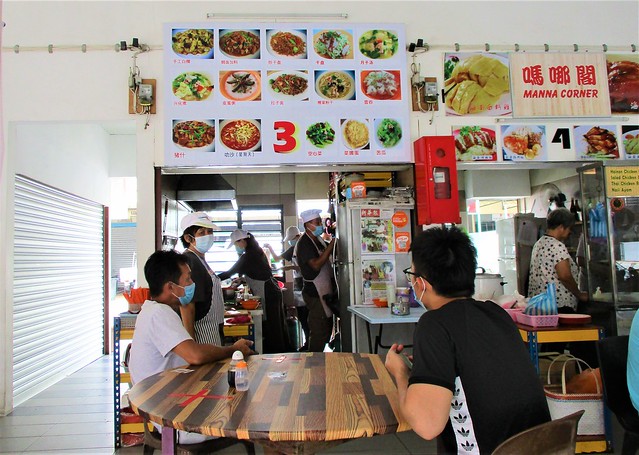 …as it was featured in a Youtube video. As it turned out, to be frank, I thought he looked like he was not enjoying it so much. There was no WOWWW!!! moment, not at all and when I asked him, he said that he had not had any other than that one so he was in no position to make a comparison. 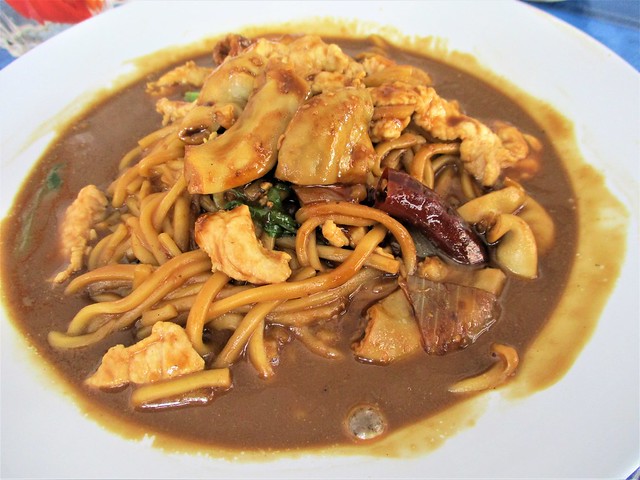 …and it sure took quite a while before it was served. For one thing, everyone around that part of the hawker centre was having noodles from that same stall and they had to cook each order one by one so it took them a bit of time.

When it was served, one look at  its colour… 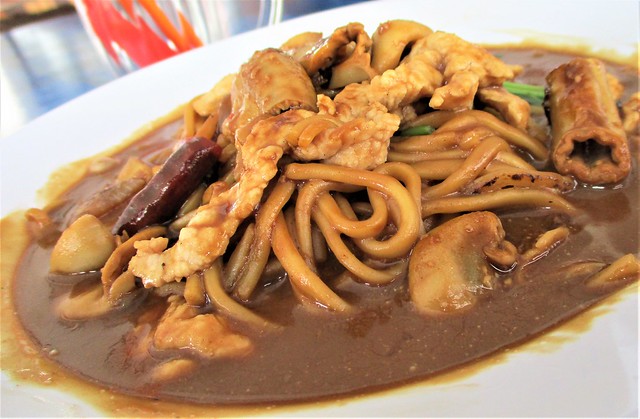 …told me that it wasn’t quite what I would expect and as it turned out, I was right.

I had this one there and it was good and on another occasion, I had this one from another stall and it was good too. Besides, I was given bottled chili sauce to go with it – that was so wrong! I would expect freshly-cut chili in dark soy sauce for Foochow fried noodles, wet (with sauce/gravy). PERIOD! I guess I could have asked for it but no, I did not bother.

There are a few places where the Foochow fried noodles is really good like this one near my house and this one though I have not been there for a long time now…or this one…and this one and I did get to enjoy one that my missus bought from a stall on the 1st Floor of the Sibu Central Market but when I asked her, she could not tell me exactly where exactly it was.

For one thing, this hawker centre was VERY crowded. I did drive there a few times but there was no parking space all around it and the mere sight of all the people there made me change my mind instantly about going there. That morning, I went at around 11, past the 10 o’ clock tea break and not yet time for lunch. There were a lot of people but there were some vacant tables and a car was just leaving so I did manage to get a parking space.

They had the QR code (they were using the official one belonging to the town’s municipal council) everywhere, even on the tables but I do not have a smartphone and there was no way I could sign in and check my temperature. I must say I was quite uncomfortable with that and I don’t think I would be all that keen to go back there again…especially when there have been TWO cases reported in Sibu and the town has been declared yellow all over again.