We dropped by here for lunch… 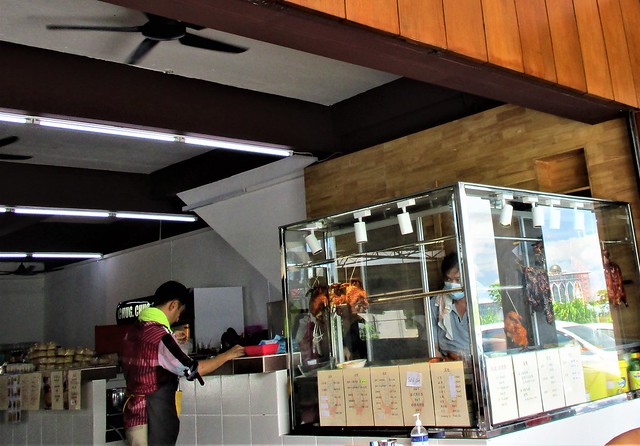 …that afternoon, the day of the Mooncake Festival, mainly because I wanted to give it a try to see if it was any good.

Unfortunately, the siew yoke was sold out and even though a few of their roast ducks were still hanging there in the display cabinet, they were all booked by some people, most probably for their dinner at home to celebrate the festival  that night.

In the end, we had no choice but to order what they had left… 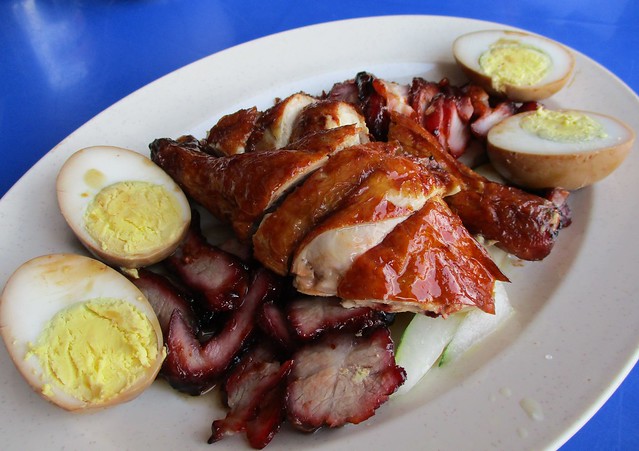 The stewed egg was somewhat under-stewed, looking rather pale while the roast chicken was all right, just like roast chicken anywhere else, nothing to make it stand out above the rest.

I thought the char siew… 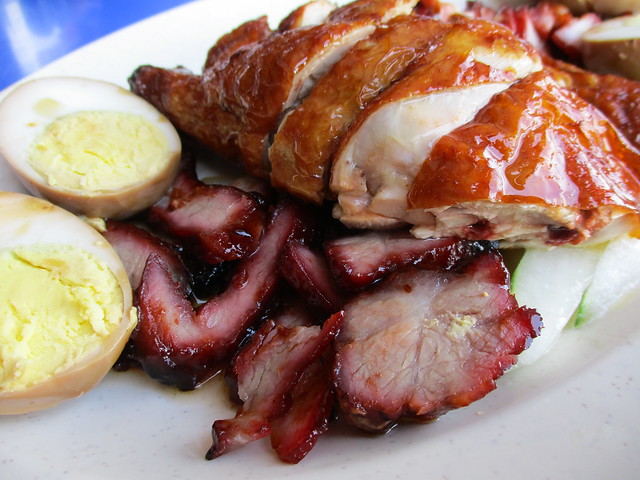 …looked good but at best, I would say that it was nicer than most, if not all, that we have in town which, in fact, is not saying much as we do not have nice char siew here, not that I know of, even though there are places where the siew yoke is really nice. So far, all these years, the best char siew we had was from the Cantonese guy here, originally from KL, if I am not mistaken – we were there in 2014 but eventually, he closed shop and moved to the UK to join his brother in the food business there.

The chicken rice was so very white, not the best but nicer than many around here and the complimentary soup would rank among the top – at most places, what they give is not worth a second sip.

What we had was only RM21.50 altogether and yes, it did not look like much simply because there was not very much. I wouldn’t mind paying more for a bit more actually. I asked the guy and he said they were all locals but the chef/cook was working in Singapore for many years and had just come back.

Personally, if I were to pick my favourites in town, I would pick, not in any particular order, this one – the meat, in particular and this one too plus this one as well, their rice especially. The steamed chicken and rice here are immensely popular – you may not be able to get a table if you do not go early or make a reservation but I feel they need better quality control as at times, they would be so so good and at other times, they turn out somewhat disappointing.  We quite liked this one but we went there once only so I would reserve my opinion till we have gone back there a few more times. As for this one, I would say it was not bad, not among the ones that I like a lot in town but there are others that aren’t as good.