…born when Sarawak was a British colony, subjects of the Queen of England. My birth certificate even has a postage stamp with the head of King George VI who passed away in February that very year when I was born, 1952.

Later, we were brainwashed to think that the colonist took advantage of the colonies and bought their products at very low prices and used them as dumping grounds for their exports.

Yes, we had a lot of British products – cars, for instance, were from the Ford Company and Vauxhall and the mini Austins were very popular. We had continental cars too, the favourite being the or kui chia (turtle car), the Volkswagen. Cars from Japan made their appearance later but they were frowned upon – anything that would spoil easily at the time including children that fell sick frequently would be called Ji-pun hoi (Japanese product).

There were made-in-England food products too including Bovril and Marmite, and even the curry powder… 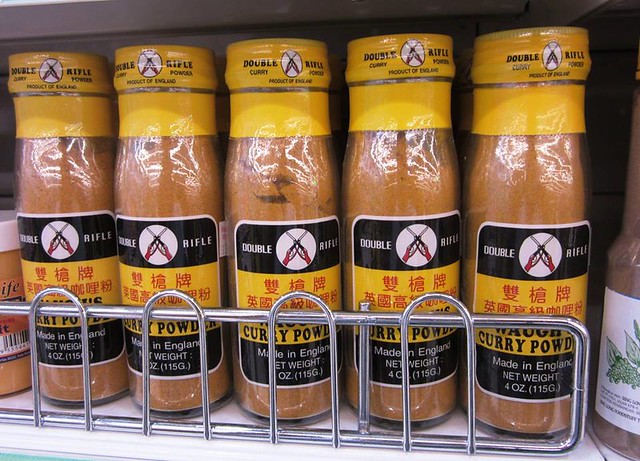 …that we used at the time. To this day, we still hear people lamenting as to how the made-in-England Milo in the good ol’ days was so much nicer than what we have today.

We had all kinds of biscuits from names like Huntley & Palmers or Jacobs. There were gems, marie and a favourite of mine, Nice – pronounced niece as in that place in France. According to Wiki, it is a plain or coconut-flavoured biscuit, thin, rectangular in shape, with rounded bumps on the edges, and lightly covered with a scattering of large sugar crystals, often with the word “NICE” imprinted on top in sans-serif capital letters.

We can still get those biscuits these days but no, they all seem to pale in comparison like the Nice from Australia… 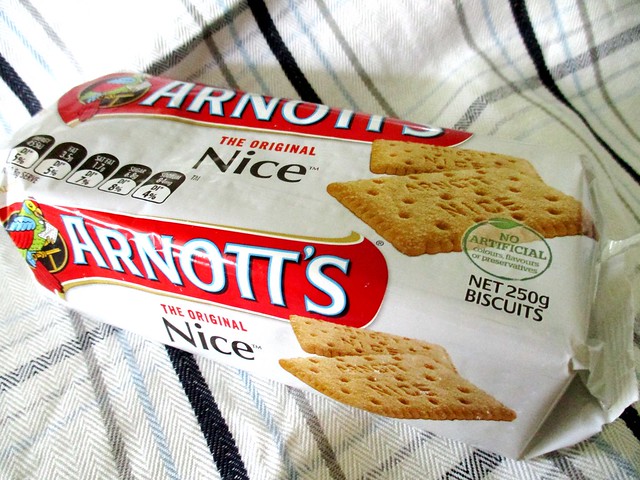 …and the gems and the marie biscuits, most probably local-made, that we can get very easily here and of course, we have our own cream crackers… 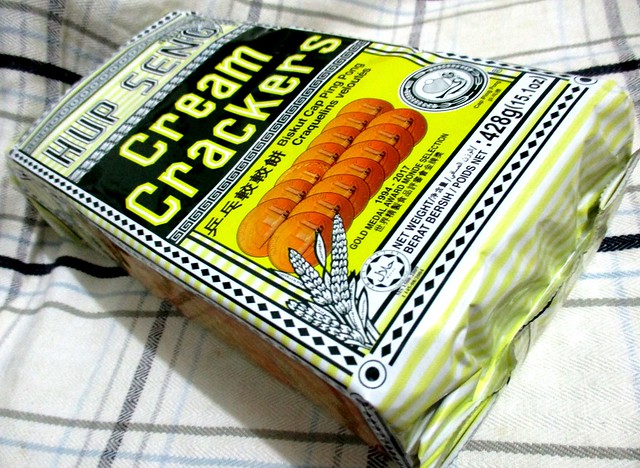 now, a whole lot nicer than Jacobs but then again, those Jacobs products are not made in England anymore.

Even Osborne biscuits are made locally now, by Julie’s and all the rest. As a matter of fact, I never heard of it in my growing up years. We had those oval, hard-as-a-rock, bland/tasteless biscuits that we called Cabin. I vaguely remember the name being embossed on each biscuit – that is why when people these days talk about roti kaben, I know exactly what they are talking about while those younger ones simply cannot understand why everyone calls those Osborne biscuits roti kaben – well, this is the reason.

I did not know of Osborne biscuits until after I got married. My missus enjoys eating them so she would buy some to keep in the house to eat. Even when my mum steamed those Cabin biscuits in coconut milk with pandan leaves added, what they call bubur roti kaben, till soft and soggy, I was never a fan.

We still can get a lot of made-in-England biscuits here, more often than not, a lot nicer than the rest but to be fair, some are really over-rated and we do have some nice local-made biscuits as well, maybe even nicer ones minus the snob appeal since they are not imported from countries overseas. 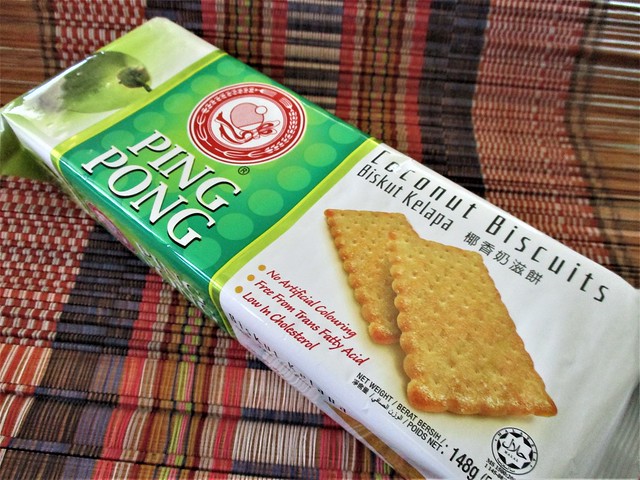 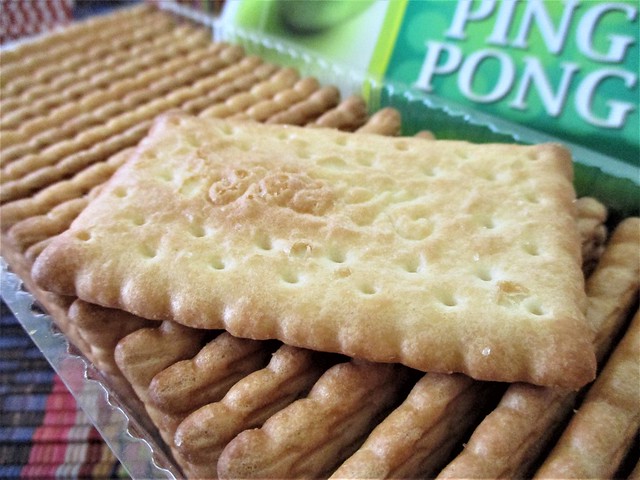 …and of course, the name is not embossed on them and needless to say, they are not as nice but they’re not too bad, I would say.

What about you? What biscuits do you enjoy?