You can say that I was kind of paranoid when doing anything online so don’t expect me to do any shopping whatsoever but I did not have a choice when it came to purchasing airline tickets and making hotel reservations – some may require payment upon booking.

Well, I had a problem with my car temperature meter sometime ago but according to my workshop guy, the spare part was not available. The first time around, he managed to get a recycled one, second hand and he fixed it for me. It lasted for a while and then it began to get cranky again. It would not budge unless I slammed the dashboard hard and at times, it did require quite an effort to make it come alive.

Left with no choice, I went browsing around one of those online shopping websites and lo and behold! I found what I wanted!!! I wasted no time at all in making the purchase and waited for it to be delivered. That was on the 31st of October, 2019 and unfortunately, around that time, our national courier had a problem with people hacking their website so I could not track and trace. I could but it looked like the consignment was going all around the country and not coming my way.

Of course, that got me worried as I had no idea whatsoever what was going on and I was not sure whether I would get my order or not. I posted that on Facebook and did get some information on the website being hacked and anyway, they said the poor service was pretty usual and one said I could claim back my money if I did not get it by a certain date. Thankfully, I did… 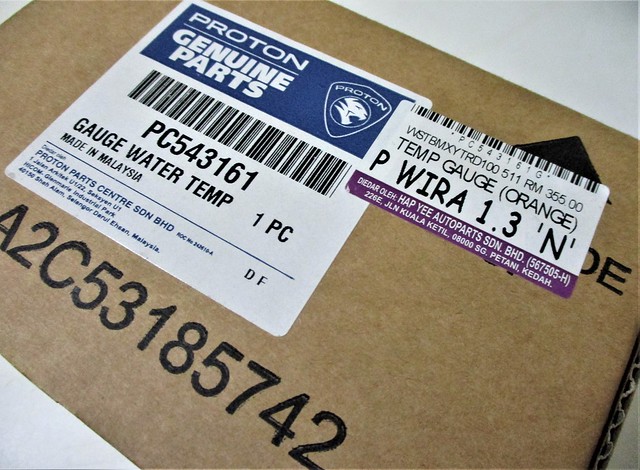 …but to this day, it is still in the box – I have not got the meter replaced as the old one seems to be behaving quite well  so I would just go on using it until the time comes when it calls it a day completely.

No, my shopping did not end there. My garden shears…

…weren’t in very good shape lately so I went back to the hardware store to get a replacement. They cost over RM50, believe you me, and they do not last very long. I think I did buy another one after that time in April last year but this time around, I was informed that it was out of stock and no, they had no idea whether there would be anymore coming.

Again, left with no choice, I logged in online to look for it. There were some German ones that cost a few hundred ringgit, no, thank you! Then, I found these made-in-Taiwan ones… 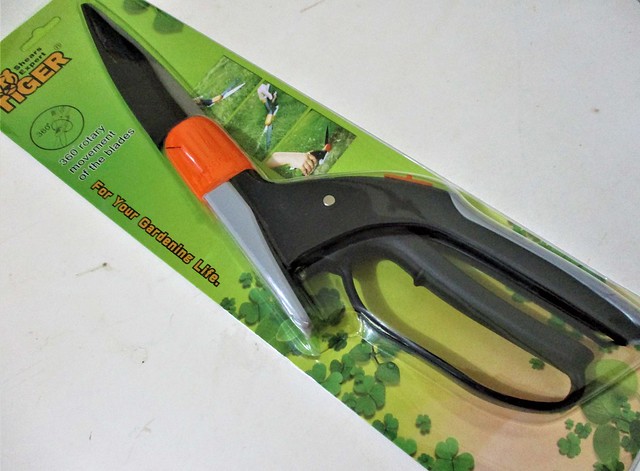 – RM29.00 only from a supplier in Shah Alam and RM28.50 from one in Perak. I added two from the former and two more from the latter to my shopping trolley or cart, as it is called and promptly paid for them to close the deal. I received both orders within just a couple of days between each delivery.

…so I can use one until it is not that great anymore, time to throw it away and I can easily replace it with another one as and when necessary.

In the meantime, I’ve looked at some t-shirts and shirts my size…which is quite impossible to get here and if there are any, they are mighty expensive! I’ve ordered a few to see if they are any good but it looks like they are shipping them all the way from China! Well, we’ll see when the things finally come in – if they are any good, I may go back and buy some more. Oh dear!!! I certainly hope it does not get to become a habit, this online shopping thing. LOL!!!