I saw somebody’s post on Facebook but the name was in Mandarin. I clicked the link to go to their Facebook page but no, there was no address given, just a map that took me to somewhere in the Sibu Bus Terminal area but the pointer was pointing to some place in the middle of the road.

In the end, I had no choice but to go and ask the guy. He obviously is not someone good at giving directions and the only useful piece of information that I got from him was that it was near this restaurant. I took the name in Mandarin, 家茶室, and sought the help of Google Translate and got “Home Tea Room” which in fact, came pretty close… 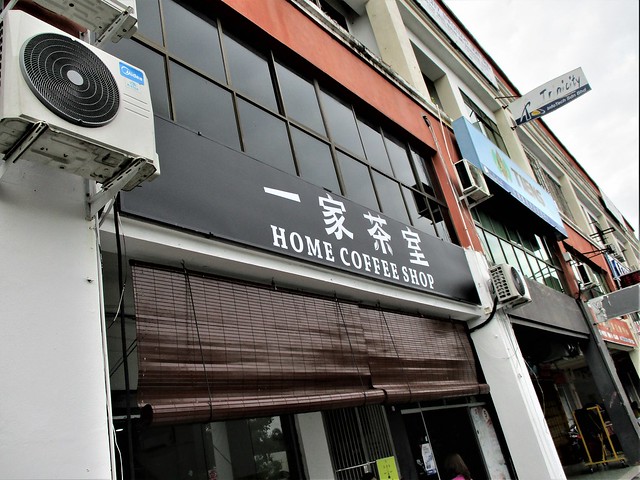 Seeing all the things that my friend had, I simply could not resist going to search for it and much to my delight, it was not difficult to find. 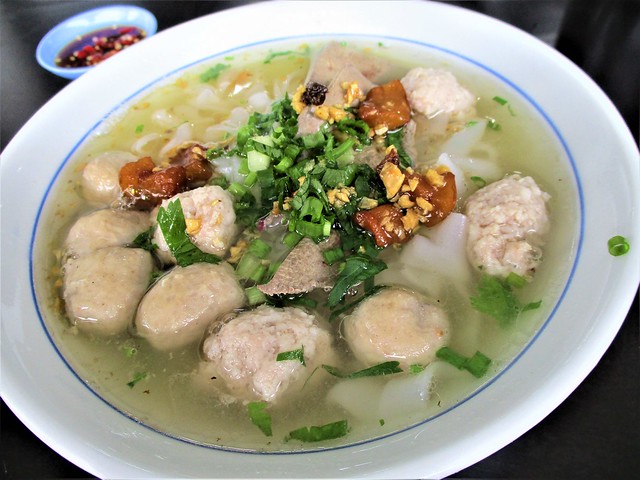 …which did not taste as cheng (clear) as the ones I had on the island. It had a hint of sweetness, probably from the light soy sauce or whatever used and it reminded me of some soup noodles that I had in Singapore, way back in 1973 or the Ipoh chicken hor fun I had at Old Town or elsewhere.

I quite liked it and I was delighted that they used the smaller, thinner and a little translucent kway teow like those up north in the peninsula but I am not at all fond of the frozen meat balls nor the pork fat crusts – should I be having this again, I shall tell them to leave those out and give me an extra fresh meatball or a slice of liver instead.

Of course, I had to order the or chian or oyster omelette, small (RM9.90)… 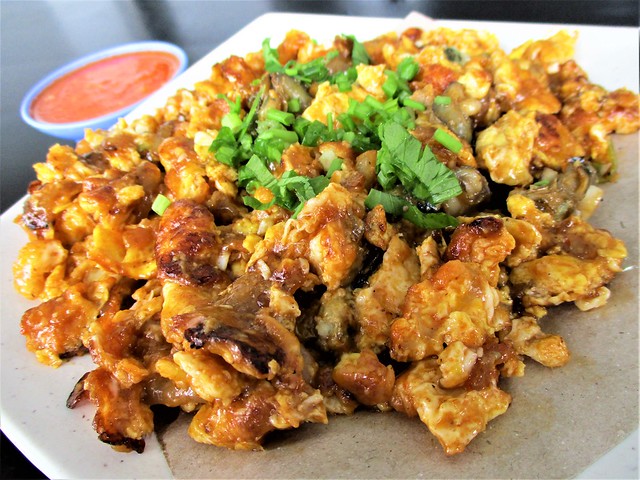 …even though I knew I would be so so full after eating both my orders. I had not had it for so long that I cannot remember when that was.

It did not taste quite like the or chian I had had in Penang or KL or elsewhere but yes, it was very nice. There was only a slight hint of the gooey stuff, barely noticeable, in the omelette. I don’t know what gave it that colour – maybe they used those Omega 3 or kampung chicken eggs.  There were a lot of oysters… 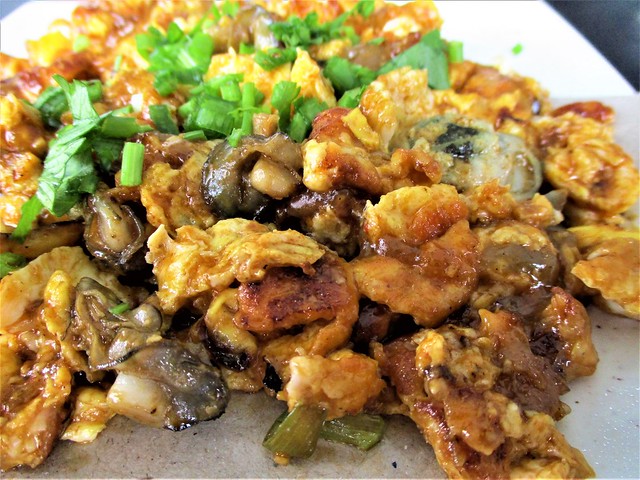 …not all that big but big enough to give it that coveted “smell of the sea” so on the whole, I did enjoy it especially with the very nice own-made chili dip that came with it. I tapao-ed the L serving (RM14.90) home for the ladies to try and they loved it. My girl was absolutely delighted! “Buang gian (appease the craving),” she said. She could not remember when or where the last time she had that was either.

I certainly would go back there again to see what else they have on their menu – I saw Penang char kway teow but we have a lot of wannabes all over town so I did not order that and I probably would not go for that either the next time I go there.

HOME COFFEE SHOP (2.306064, 111.847597) is located along Lorong Pahlawan 7A4, among the shops where the UOB and OCBC Banks are, in the block of shops before Sianggelila Xiqing Restaurant facing that private road/shortcut leading to Good Happiness Restaurant/SMK Deshon.

8 thoughts on “A place called home…”