There was an old lady here once and her char kway teow (fried flat rice noodles) was quite good and I did drop by for it a few times. However, I did not see her the last few times I was in the vicinity so my guess was she had called it a day and the other day, I heard there is a big-size lady there now and word has it that her char kway teow is good too. That was why I dropped by that morning to check it out.

True enough, there she was… 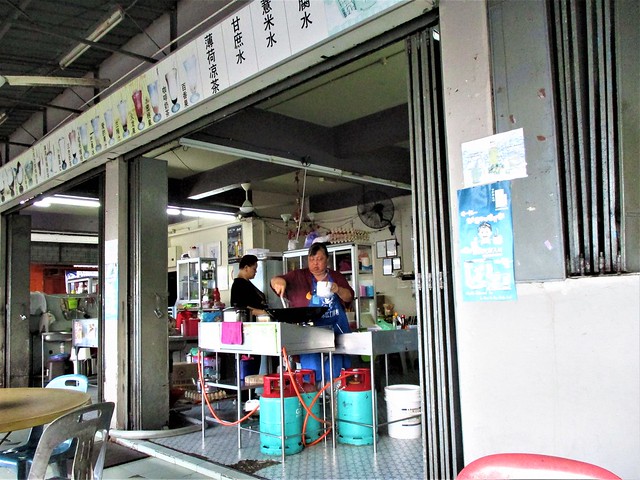 …but she was not occupying the stall where the old lady used to be – it is now a Sarawak laksa/nasi lemak stall. Instead, she is at that stall on the right while the kampua mee stall is to the left, the front part of the coffee shop. 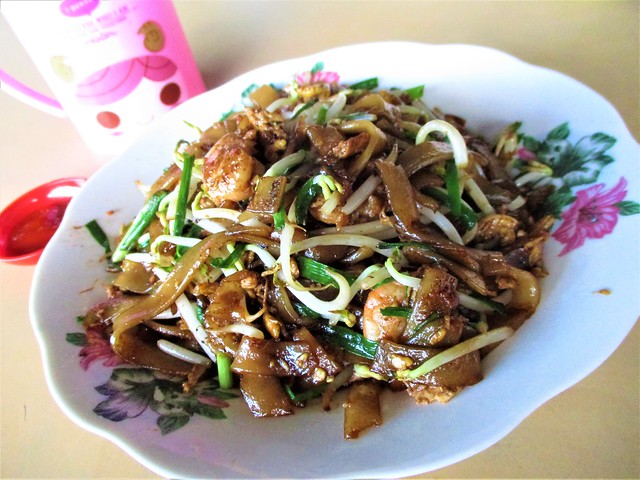 …and she asked me whether I wanted lap cheong (Chinese sausage) or prawns and of course I chose the latter – one can’t go wrong with those.

I must say that it was good… 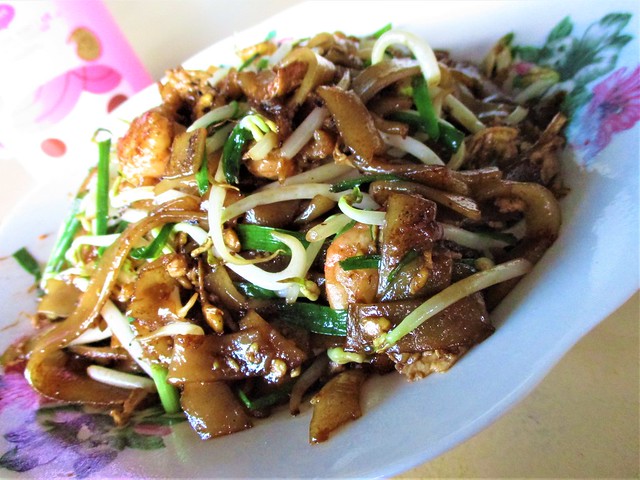 …and would be something worth dropping by for. I had a chat with the lady and she told me she was here before but she was not selling kway teow there. Instead, she was running the stall selling mee sua which I did go and eat once or twice and I did think it was very good.

She was telling me how she will not order a lot of the ingredients as business these days is not so good and she does not want to buy a whole lot and use the less-than-fresh ingredients in the days that follow. Instead, she will just buy enough and once finished, she will close her stall for the day.

While we were talking, the whiff of the fragrance from the traditional Foochow red wine and ginger chicken soup that she was simmering came drifting to my nose and it did smell really good. I think I shall drop by there one of these days for that!

HAPPY HOURS CAFE (2.307165, 111.837312) is located at one corner of the Rejang Park shops/commercial centre in that residential area, beside the volleyball stadium and the surau, facing the vast parking area there.