Yes, I was very early, 7 something that morning but the coffee shop was already open and there were a few customers, old folks mostly, sitting around having their morning coffee while a few were having kampua mee for breakfast. 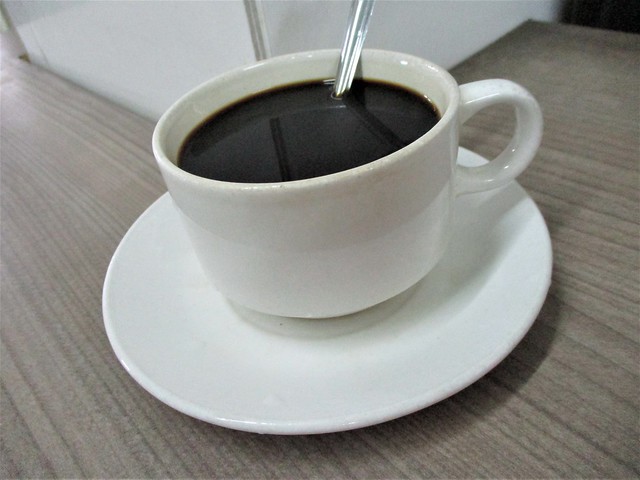 …or a glass and I asked for the former. I think it is smaller so it was only a ringgit.

I’ve been here a few times before. Once, I had the kampua mee and on another occasion, I had the Foochow fried noodles, the moon version but no, I never went back for more even though we did stop by for a very nice lunch once.

So what brought me there that morning, you may ask? Well, I saw some friends sharing photographs of the KL Hokkien mee they had there and it looked good. I had that at the brother’s place before and yes, it was quite good but I had not gone back since, if you catch the drift.

My order that morning took a long time coming because the one doing the cooking at the back had not arrived yet and it was almost 8 already when I was served (RM8.00)… 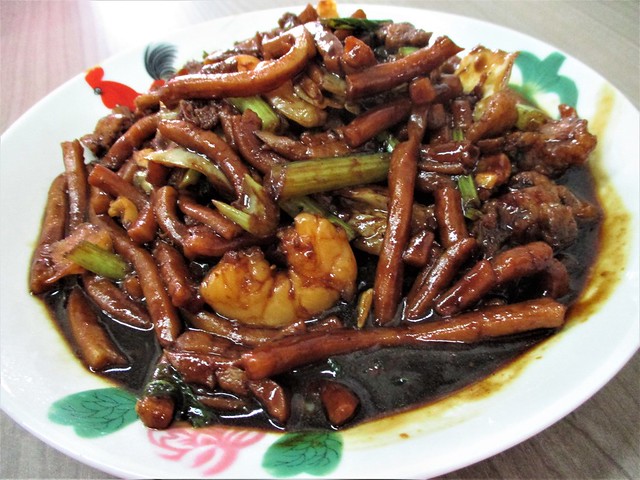 It was good – there were lots of ingredients including a few prawns and bits of sotong (squid) , a couple of fried fish slices and some vegetables plus the pork fat crusts (bak yu phok) but I would not mind a stronger wok hei fragrance. Yes, they do not use plastic here too – a pat on the back for that.

I can’t say I am all that crazy about KL Hokkien mee but should I feel like having that again, it will most probably be this one…or the one at the brother’s place. I tapao-ed back for my missus to try and even though she never liked KL Hokkien mee here or anywhere, for that matter, much to my surprise, she actually liked this one!