I mentioned in my blogpost that day that on days when we did not have any food for dinner, instead of cooking something, I would just go out and buy. That was what I did on one of those days and this… 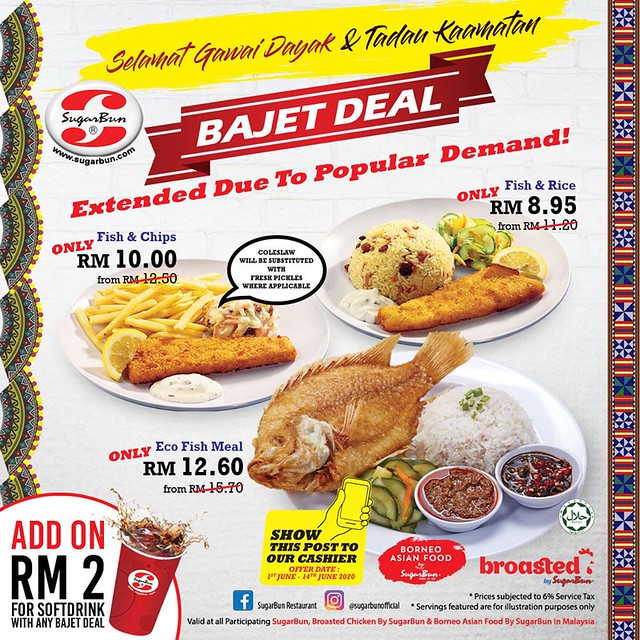 *This promotion has been extended till mid-July*

…was where I went, our Sarawak’s own fast food franchise. 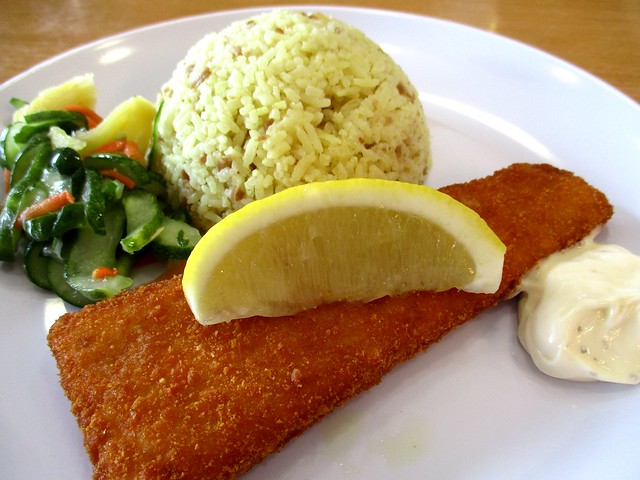 …and one set eco-fish meal… 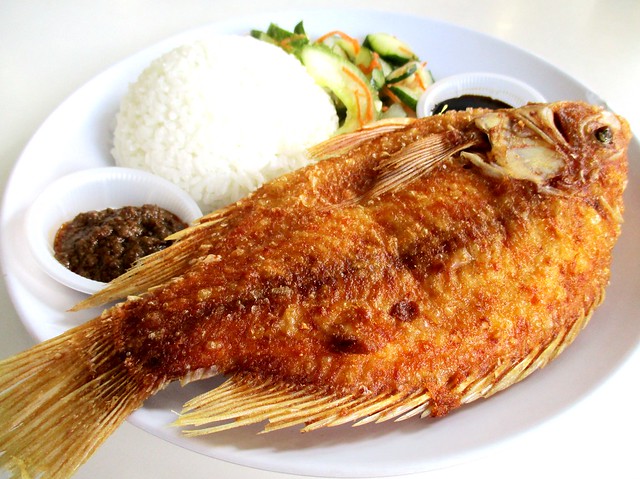 …and I also asked for three pieces of their broasted chicken… 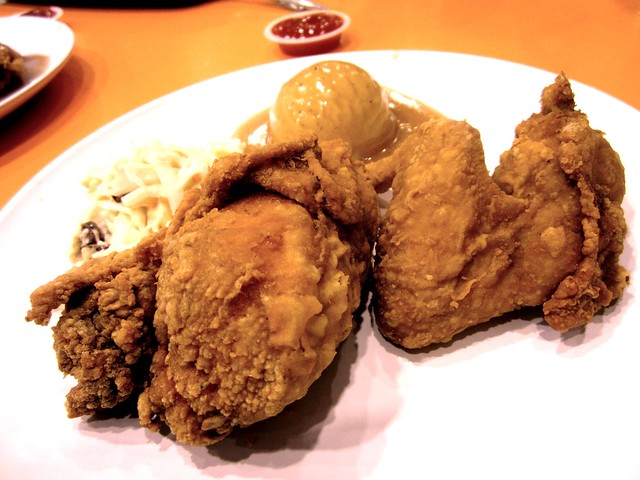 The girl said that I would have to wait for 15 minutes and I said I was perfectly all right with that.

I guess I was charged the regular prices as I did not ask them about the aforementioned promotion so I was charged RM47.00 altogether, a bit more than what I had to fork out here, but it was all right. I gave them a fifty and told them to keep the change. After all, I wasn’t there because of the bargains – I went merely because my girl does enjoy the stuff from these fast food franchises. Personally, I find the things a bit expensive and with that kind of money, one can easily get something a whole lot nicer (and cheaper) elsewhere.

I told the girls I would go off somewhere and will be back to collect my orders. I went to the bank at the end of that same block and then I went to the bakery opposite to grab some croissants for my girl for breakfast. There was no one there initially but when I got back, there were three others waiting. One by one, they got their orders and left and after half an hour or so, I was still there waiting.

I asked the girls and they told me to just wait. I saw pieces of the chicken, already ready, in the food warmer but it seemed they were waiting for the fish. The guy had fried one earlier but the girls gave it to somebody else so I was made to wait for another one. Once fried, the fish went into the food warmer while the girls just stood around dilly-dallying and chit-chatting away. My patience was growing thin so I gave them a piece of my mind. They quickly got all my orders together and passed me the bags – if looks could kill, I would have been dead already!!!

Honestly, I do not mind paying more if the food is great and the service is good but I just can’t stand this kind of shoddy service – we are treated a whole lot better at some cheap coffee shops.

Another thing I noticed was how the tables were all over the place, not arranged nicely and neatly, like they were not having any customers dining in…or maybe, they would have to go to the inner section beside the washrooms. A file and a pen and a bottle of sanitiser were placed on one of the tables – I don’t recall seeing a temperature gun and they did not give a damn whether you follow the SOP or not. I do think the management should look into a few things at this outlet and set things right before it gets worse!