When I stopped by my neighbourhood shop/mini-supermarket that day and bought the box of dates from Tunisia, the lady boss of the fruit and food shop at the far end in the other block of shops there happened to drop by as well. When she saw me, she said there were packed dishes available at her shop and asked me to go over and have a look.

I bought the beef rendang from those people here not too long ago but we did not think it was all that nice, definitely not something we would want to buy again. This time around, I saw that there was curry but it did not look all that nice either. The boss suggested that but I told him that in my opinion, we would be able to cook better. I did not want the stewed pork as well – we can cook our own too – but I do think it would be nice to have that with mantao.

That left me with just one more choice – the black vinegar pork leg/trotter. I had that the first time when my good friend, Lim’s wife just gave birth and the confinement lady cooked that. Not to be outdone, my missus went and cooked that soon after and yes, she could do it very well – hers was just as nice or maybe even better! Unfortunately, for reasons unknown, she never cooked it again. In the meantime, I had had it here and there – there are people selling it at a few places around town.

Well, after seeing what zmun2 had and drooling all over hers, in the end, I simply could not resist buying a tub (RM30.00)… 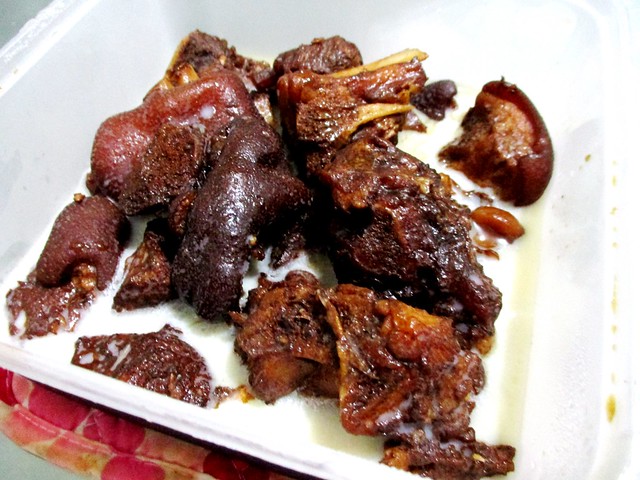 – at least, that would save my missus the trouble of having to cook something for a day.

It did not look like a lot, not quite enough for two meals – lunch and dinner so I boiled some eggs… 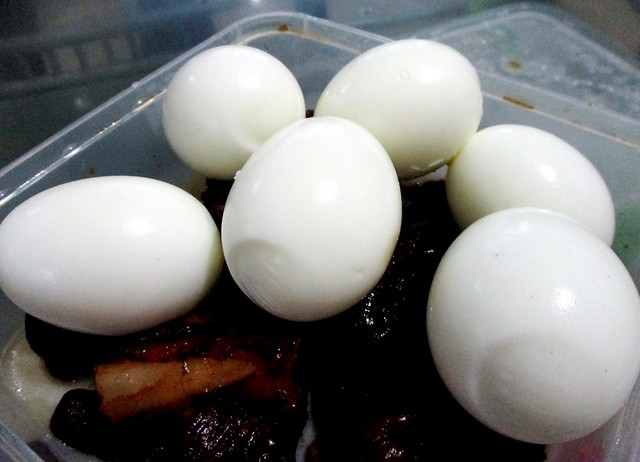 …to stew in the sauce when heating up the dish. See my nicely-peeled eggs, Phong Hong! LOL!!!

Yes, there was just enough… 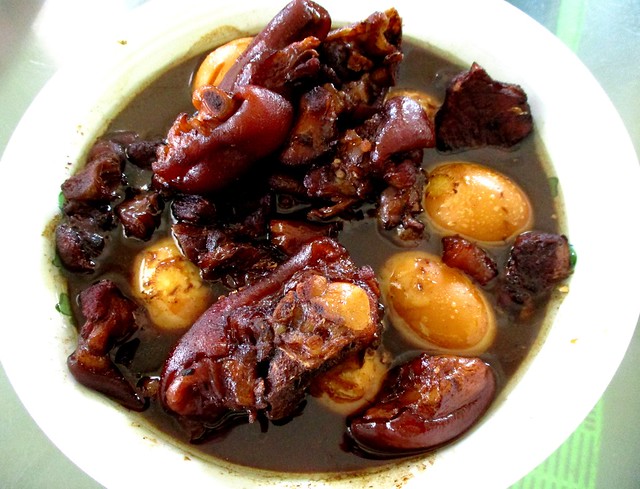 …for our lunch and our dinner that day and yes, I did enjoy it very much. It was a little on the sweet side and I thought it could do with a little bit more black vinegar but on the whole, it was quite all right the way it was. I sure would not mind buying that again the next time I see it at the shop.

OPPS KOPITIAM (2.294073, 111.827333) is located off Jalan Keranji, among the shops opposite the Sibu Public Library while SWEE HUNG (2.316161, 111.840441) is located along Jalan Ruby, in the block of shops on the right – next to a hair salon at the extreme end and on the other end, to the left is the Kim Won Chinese Medical Store and Mini-supermarket. Kim Tak Co. and Ah Kau Cafe are located in the other block on the left.