The other day, I blogged about the green papaya that my missus bought and how after some time, it turned yellow so I cut and peeled it. It was already red inside but it was hard, not ripe at all and in the end, I used it to make som tum/ ส้มตำ (green papaya salad).

Normally, people would use the raw green papaya and mine was raw but not green. After making that twice, I still had a bit left so I decided to cook it some other way. There were a few who suggested cooking it as a soup with pork bones but I did not have any pork bones in the freezer and it did not sound like something I would enjoy. In the end, I decided to cook it in our traditional kampung-style, our sayur rebus, literally translated as boiled vegetables.

I went to my backyard and plucked my cangkok manis leaves… 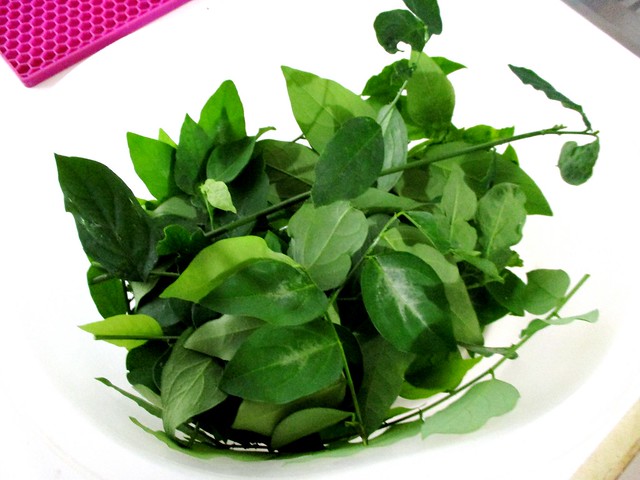 It is growing but no, it is not growing well. I do get a lot more leaves these days but not enough to cook it as a dish on its own, just enough to cho liao, as my mum would put it – as an added ingredient, that is. 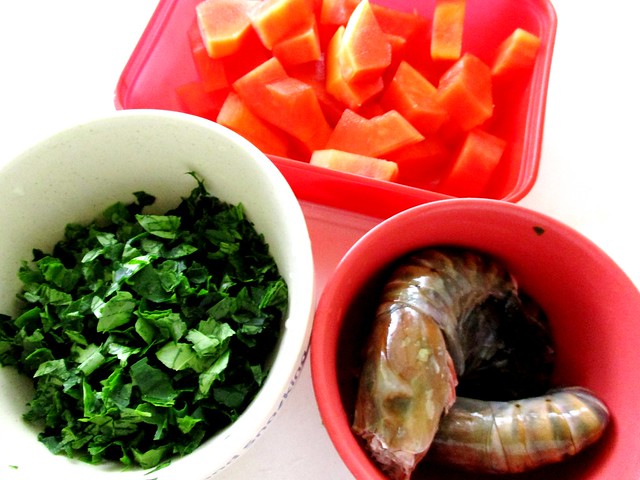 …and I also took out the freshwater prawns I had left in the freezer. I was saving them to add to my instant noodles in the morning to bring the taste to a whole new level but I bought those before the lockdown started! I reckoned I had kept them long enough so I might as well clear them all out and buy some more when I get the chance.

To cook the soup, I had these three ingredients… 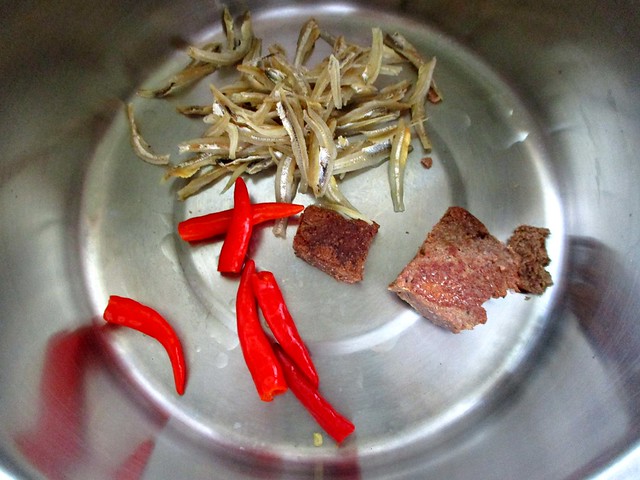 – belacan (pre-toasted on a non-stick pan), a handful of ikan bilis (dried anchovies) and chilies, which I boiled in water and after adding the prawns, I let it simmer to bring out the sweetness and the taste.

Last but not least, I put in the papaya and the cangkuk manis and brought it back to boil. After a while, it was ready… 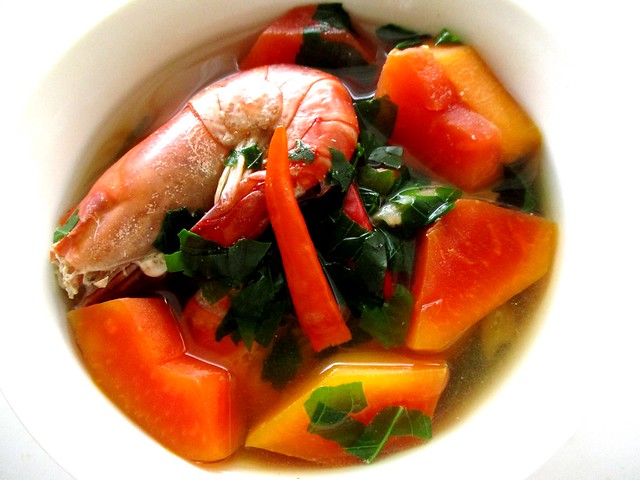 The soup was so very nice, probably a bit spicy for some but we loved it! The papaya had gone soft due to the cooking but it was not like ripe papaya, more like cooked melon or radish or one of those. I loved the sweetness and how it did not have that strong smell of ripe papayas. In fact, I thought it was bland, just a little sweet but other than that, it did not have any taste that stood out but of course, there were all the other ingredients that contributed to the enjoyment, no need for any msg or salt (the belacan and the ikan bilis are salty enough, anyway).

Well, that did it – in the end, I did manage to use the whole papaya completely, nothing left, nothing went to waste.

7 thoughts on “Nothing left…”