It is quite difficult to buy vegetables that we can keep for a long, long time. That was why on an earlier occasion, when I went out the nearby fruit and food stall, I bought a pumpkin, whole. That would probably last quite a while, I thought but what I did not expect was it would sit there on the counter in the kitchen like forever.

Blame it on my OCD (obsessive-compulsive disorder) but I simply cannot stand seeing things lying idle, say in the fridge, for ages so I started grumbling about it. Eventually, my girl said she would cook bingka labu with it if someone would cut it. 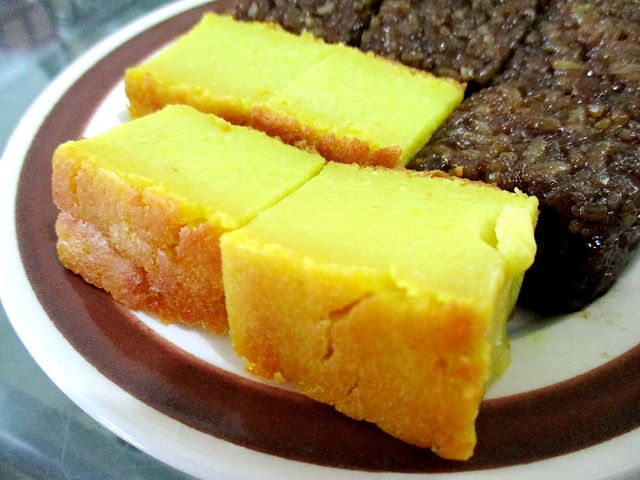 …and I would buy them to enjoy time and time again. I guess with the current partial lockdown/MCO, they are not open for business so I can’t just drive over to buy them or anything else for that matter like what I would do on normal days and even if they are, I am not all that keen on going out if I can help it, no, thank you.

When I got up the next morning, I got to work cutting up the pumpkin and boy, that sure was hard work! The skin was so hard! Thankfully, I did manage with a whole lot of effort and by the time everyone was up and about, it was all done, mission accomplished!

I don’t know what recipe my girl followed but she only used half of it and pretty soon, it was ready to go into the oven… 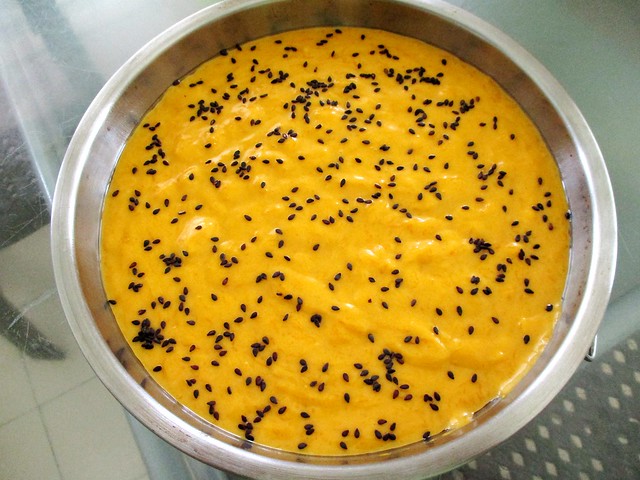 …to be baked for around an hour.

Yes, it was very very nice… 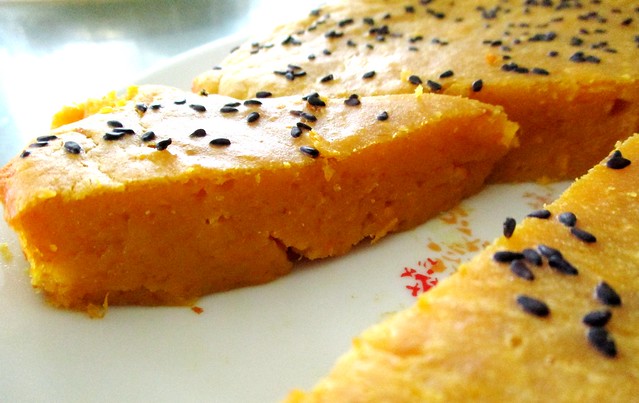 …very lemak (rich with santan/coconut milk) and so much nicer than the ones that I used to buy. I sent some to my sister and she sent word to my girl saying that she could make that when there is a food sale at the church. I guess that was her stamp of approval!

As for the other half of the pumpkin, my girl used it to make this very rich and creamy pumpkin soup… 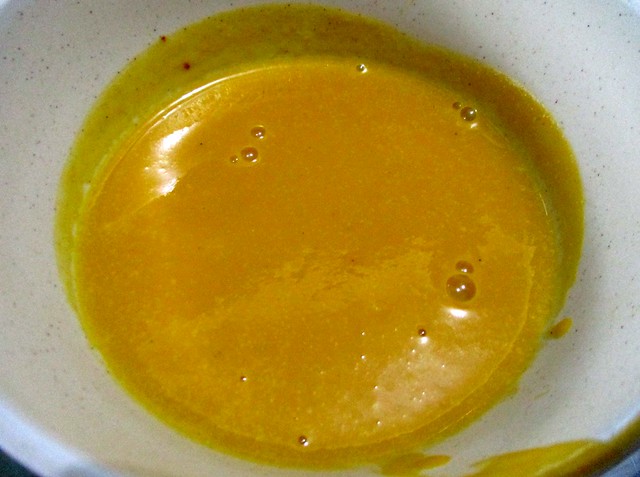 The mum used to cook this ever so often for her to bring to her school in the jungle and enjoy it there. Yes, I love it too but no, nobody had been making it for a while now and I thought they had grown bored of it. I guess the truth is…nobody wanted to go through the chore of cutting the pumpkin. Hmmm!!!

Now, at least I do not have to see the pumpkin sitting there staring at me day in and day out! LOL!!!