I’m not really sure how to cook sayur masak lemak.  My mum’s was the best! My missus can cook it but there have been hits and misses, sometimes like my mum’s, sometimes not really. I guess those times, she just did it her way…like what I did that day.

We still had those sweet potatoes in the house and one was rotting away while one looked like it was about to sprout roots and only one was o.k. I did not think there was enough for two meals so I decided to add some potatoes as well.

These were the ingredients I prepared… 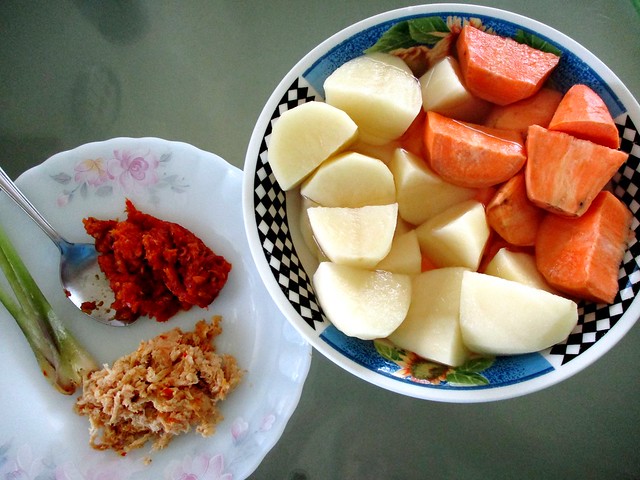 I pounded some shallots, garlic, chilies, kunyit (turmeric) and lengkuas (gallangal) for the sambal and some pre-soaked dried prawns and I had two stalks of serai (lemon grass), bruised at the ends. 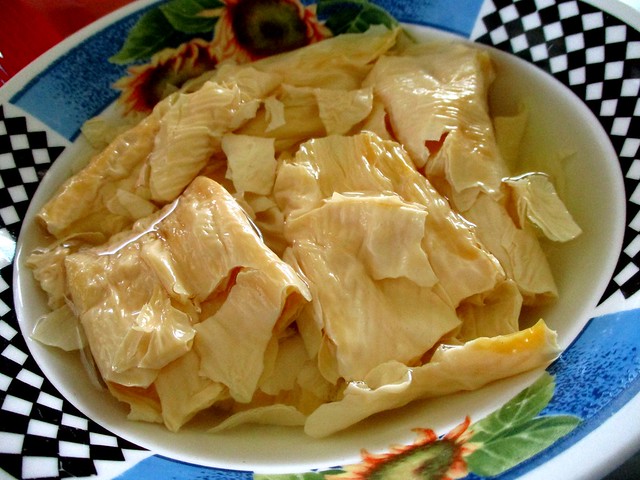 I heated up some oil in a pan, fried the pounded ingredients till fragrant, added the serai and then, the dried prawns and when the latter had turned brown, I added the sweet potatoes and potatoes plus some water for the soup and to cook the tubers.

I tasted the soup and felt it was not quite there so I threw in what was left of the sambal belacan that I pounded that day, not much as there was only a little left. I was happier with it after that, so I added the bean curd sticks and half a can of santan (left over from cooking the laksa that day) and once it had started boiling again, I turned off the fire.

We did enjoy it… 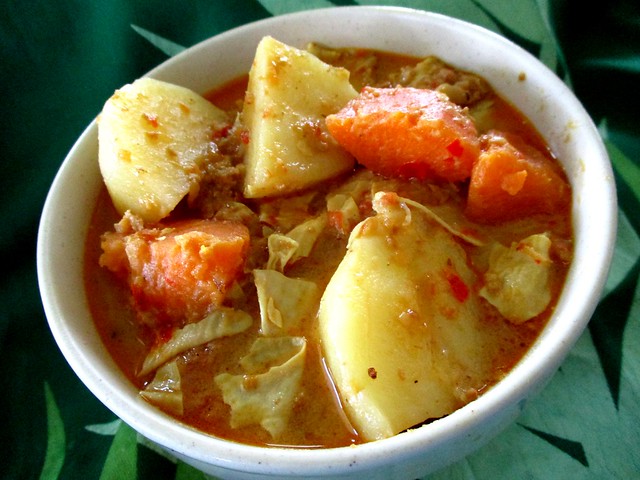 …even though it was nothing like what my mum cooked before. It was a little strong on the kunyit, lengkuas and serai but we were fine with the fragrance and taste of those ingredients.

My girl only wanted the potatoes so the mum and I had to finish off the sweet potatoes…and the bean curd sticks.