A thoughtful and generous gesture is always appreciated, well, by me, at least and I do appreciate how, during these difficult times, there are people who always think and care for others and do whatever they can, however, small to help anyone in need.

The other day, somebody shared an appeal on Facebook, purportedly from the Sibu Hospital, asking for donations/contributions and I drove all the way to send some of the things I had stocked up in the house – I wouldn’t have left the house, otherwise and because of that, I had to drop by the shops in the neighbourhood to restock on the stuff that I had given away.

I was quite pissed off when the authorities released a press statement saying that they were quite well-provided for and did not ask for anything. Well, I did what I felt I should do out of my own sincerity but what I did not like was the way they put it – at least, they should add that they appreciated all who had sent them stuff, thank you very much. That would not be so hard to do, right? But I would give them the benefit of the doubt – they were probably so caught up with this dreadful thing to think of much else.

I have always been blessed abundantly – people give me things all the time and yes, I do appreciate it a lot and just the other day, I received an sms from my friend, Annie, in KL telling me that she was giving me some of the jiaoxi/shui jiao (dumplings) her brother made… 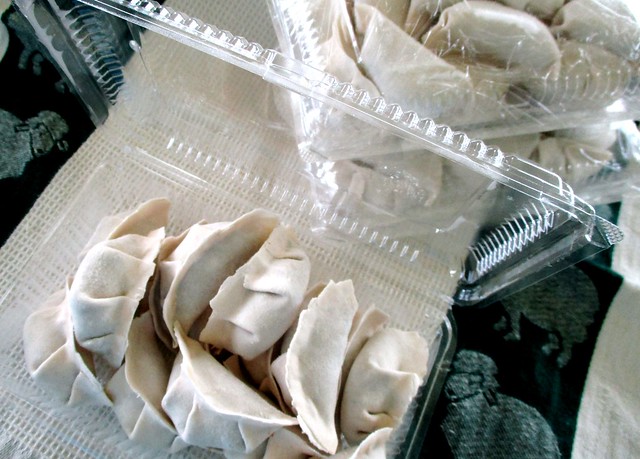 …and her nephew would send them over to my house the following day and she added that she had paid for them.

Her brother went into this business once and yes, he did give me some to try but he left town soon afterwards to work here and there and now that he is cooped up in the house owing to the partial lockdown/CMO/RMO, he has gone back to making them again for sale.

I asked his son, Annie’s nephew, when he brought them to my house and he said they are RM14.00 a pack and there are 15 in each one of them, less than RM1 each… 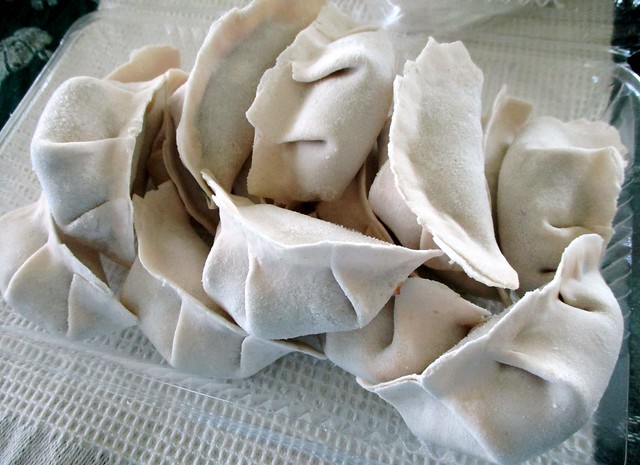 My missus pan-fried one of the packs right away and in no time at all, we all sat down to enjoy eating them… 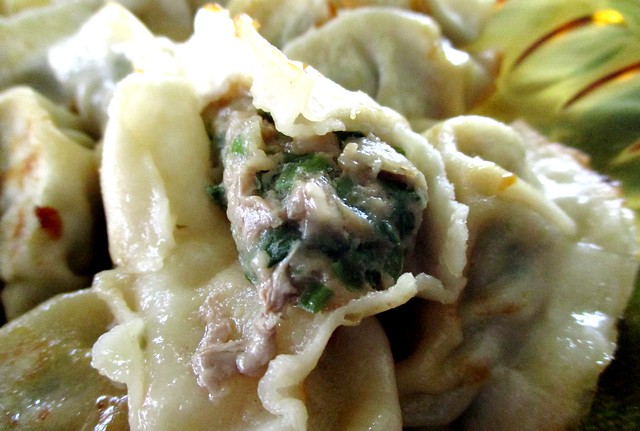 The skin was beautifully done, very nice and smooth and not chewy/rubbery or hard like some that we had had the displeasure of buying and eating and the meat and chives filling was really delicious.

My girl in particular loves these dumplings unlike me. I am not crazy about them but will eat when there is any to be eaten but I sure would not go out of my way for them. I did enjoy these though so if anyone around here enjoys these dumplings… 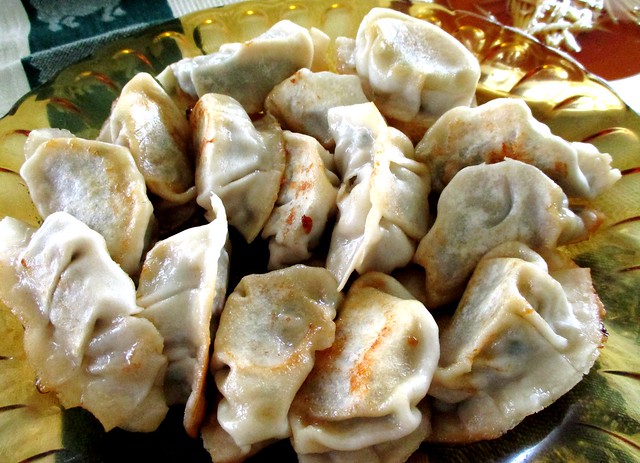 …and are keen on placing an order for a pack or more to enjoy, they may PM me on Facebook or send me an sms giving me their address, telephone contact and the number of packs they would like and I would convey the orders to Annie’s brother or the nephew. Yes, they will do home delivery, provided the house is not too far away.

Thank you so much, Annie & David, for the dumplings and thanks to you too, Anson, for going through the trouble of sending them over to my house, very much appreciated, indeed.