Somebody told me that the tomato kway teow… 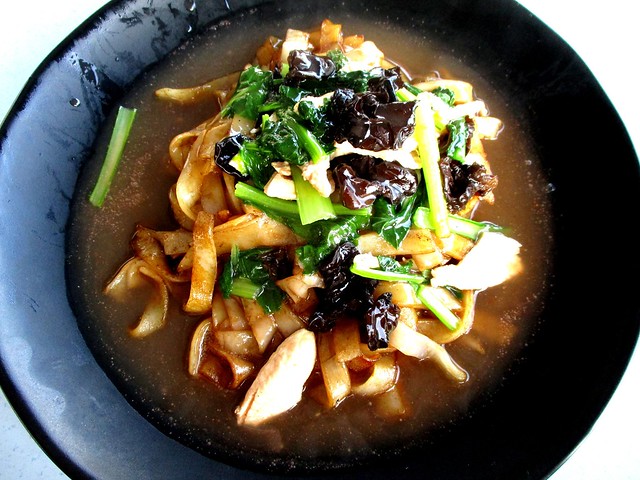 …here was very nice, the favourite of many so of course, I simply had to drop by the coffee shop… 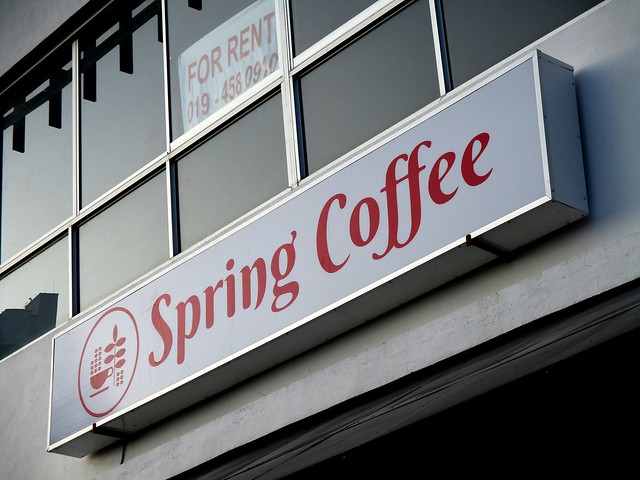 I was here before when it did not have an English name and I had their kueh chap in December, 2018 and the second time around in February, 2019, I had their Sarawak laksa. The fact that I never went back again since sure speaks volumes, don’t you think?

Well, since they said that they liked the tomato kway teow, there I was early that morning to see how good it really was. I went to the chu char (cook & fry) stall at the back run by a not-very-young couple and ordered. The guy told the lady and she said, “All right!” and then she added, “With chicken!” Probably I was too early and they had yet to defrost the pork, I wouldn’t know. 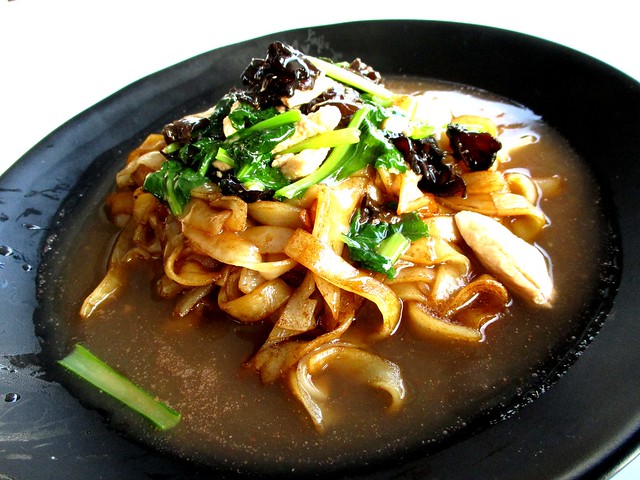 …I must say that I was somewhat disappointed as it did not look half as nice as in the photograph.

I tasted it and it was as bad as it looked.  I don’t know if they had run out of tomato sauce/ketchup or what (but there is a 7 Eleven store right next door) as there was so little of it in the gravy and it was VERY sour like they added vinegar or something. Ok, to be fair, it was edible, just that no, it was not to my liking, nowhere near the very nice one that I had here or my one-time favourite here or the so-so ones here or here.

Maybe I was way too early and they had not warmed up yet or I had caught them on a wrong day. I would want to drop by again one of these days though as I have yet to check out the kampua mee from that stall in front – everyone else seemed to be eating that.

SPRING COFFEE (2.290717, 111.822459) is located near the Sibu Town Square/Dataran Tun Tuanku Bujang at Jalan Lau King Howe Lorong 1, facing the Lau King Howe Memorial Museum which is on the opposite side of the road.