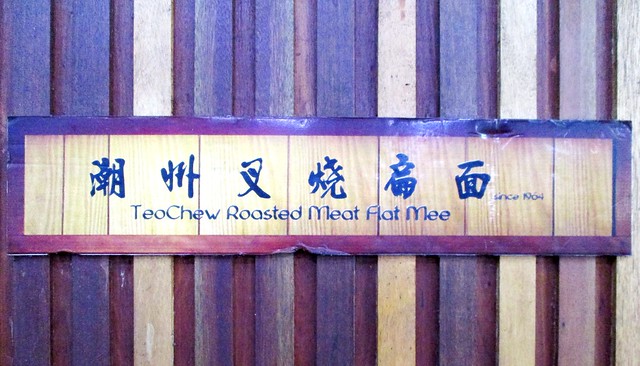 …around the time when I was just entering secondary school. I can’t remember where the very thin guy, assisted by his equally thin mum, both skin and bone actually had his roadside stall first – whether it was in the back alley behind the Chartered Bank here or at the back of the open space in between Rex Cinema and the shops by the side of the Sarawak Hotel but the locals here generally refer to his noodles at the Chartered Bank kampua.

Well, I don’t know when he disappeared or where he went after that but the next thing I knew, they said that he was running his stall… 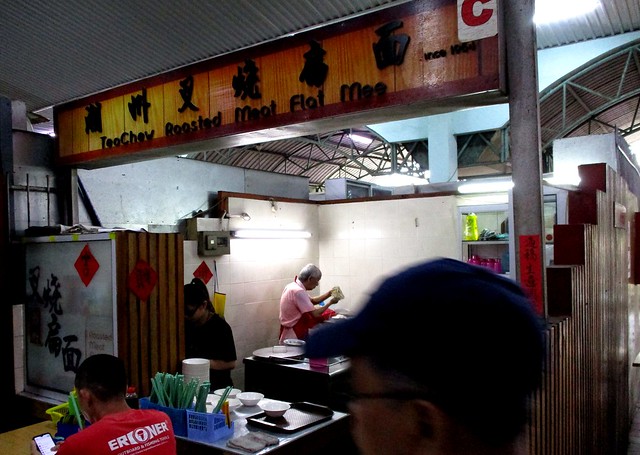 …at the hawker centre on the 1st Floor of the Sibu Central Market. According to them, he only opened at night and he would cook the noodles himself and at times, he would take so long but no, one must not go and ask as he would start scolding away. Later, I heard that the stall was open on Sunday morning, operated by the son or somebody but I never took the time to go and check it out even though during our growing up years, we loved his noodles so so so much.

When I went upstairs one morning, I saw him getting the stall and everything ready but when I walked over to see, he said he was not ready yet, period! He did not say when he would start the ball rolling so I decided to go some place else.

Well, I went back again on another morning and yes, he was open, assisted by a young girl, probably his grand daughter. I ordered the noodles… 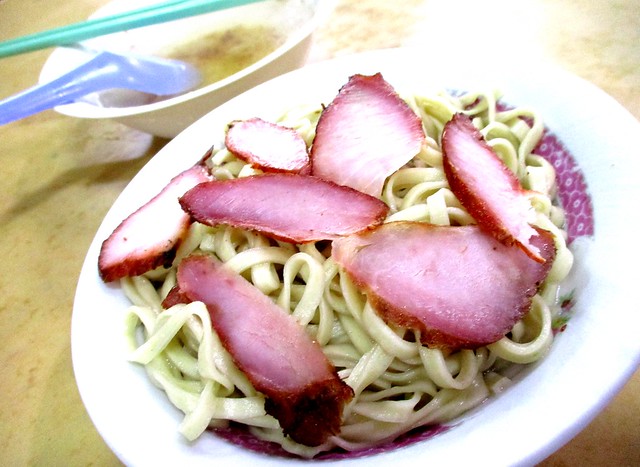 …and I wanted the soup but the girl said that there was only the complimentary soup, a very nice one with a bit of tang chai in it . I vaguely remember a very nice chap chap (mixed) soup before but perhaps, I remembered wrongly – that was so very long ago.

The noodles were somewhat disappointing – it had its own unique taste and was all right but I don’t remember it tasting like that and I did hear that he used to make his own flat noodles but not anymore.  The texture was not quite there and it made me feel kind of sad that what I loved so very long ago wasn’t quite the same anymore. The meat wasn’t any consolation either.

I was told that he only opens in the morning these days, not at night anymore as he has grown too old for all those late nights. When I was done, I stood up and as I was leaving, he was standing by his stall, taking a breather and when he saw me, he smiled. I don’t know if he could recognise me or he really isn’t as grumpy as what they say. I must say that he has put on weight and looks a lot better, no longer skin and bone anymore.

The TEOCHEW ROASTED MEAT FLAT MEE stall is located at the hawker centre on the 1st Floor of the Sibu Central Market (2.287444, 111.829169) at the junction of Channel Road and Workshop Road/Mission Road.

6 thoughts on “Back alley…”