My friend/ex-schoolmate, Michael, was back in town from Perth, Australia and he contacted me to see if I was free to go out for lunch or dinner. Of course I was and I arranged to pick him up and go some place.

I was not sure where to go as I did not know the places our mutual friend/ex-schoolmate, Robert, had taken him the previous times when he came back and I suggested going here and if he had been there before, we could always go elsewhere. It turned out that he had never been to this place so that settled it!

We went and sat at the air-conditioned upstairs where it would be cooler, especially considering that he had come from the temperate Mediterranean region. Normally, even though there is no extra charge, we would just sit downstairs – a ceiling fan above my head would be good enough.

Besides us, there was just one other table (but there were at least half a dozen downstairs) a somewhat boisterous Iban family that could converse in Mandarin, other than in Iban, of course but they left as soon as they were done so we could carry on enjoying our dinner in peace and quiet, chatting and catching up with each other’s lives. 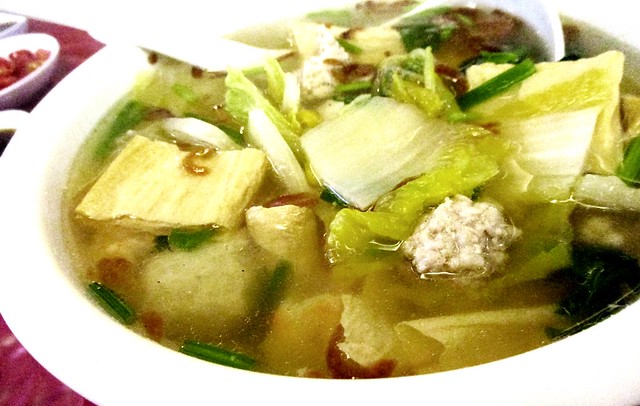 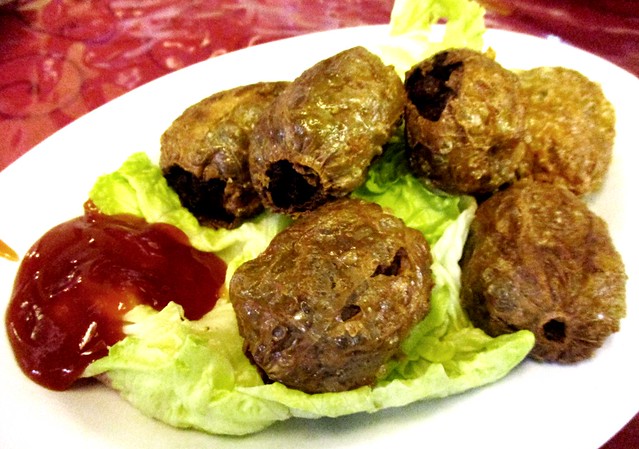 …is another favourite here and I ordered those too.

I asked for the midin (wild jungle fern), ching chao but it came fried with sambal hay bee… 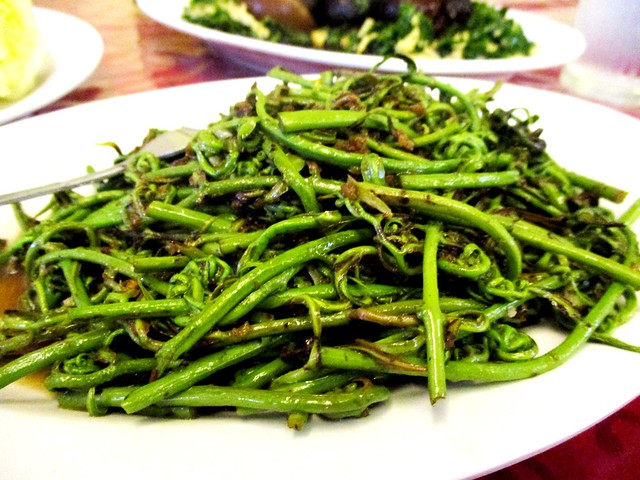 …and of course, they do not use the superior quality stuff so at best, I felt it was just so so.

I know there is one other place in town, beside this one, that serves stewed pork leg on a bed of fried cangkok manis/mani chai… 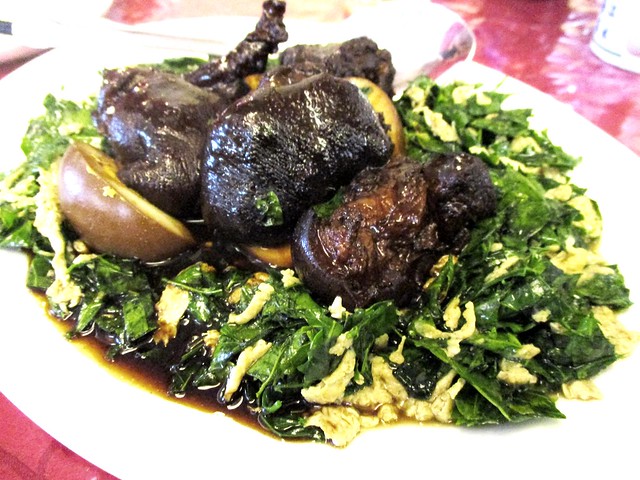 …and I ordered that as I was pretty sure Michael had never had that served this way before and yes, he was impressed by it and he did seem to enjoy it very much. I guess everyone who has been following my blog would notice that I did not miss the chance to order a couple of the stewed eggs that I do enjoy a lot too.

There was a young girl in charge upstairs, a very sweet and friendly one and service was prompt and efficient. Michael insisted on picking up the tab, thank you so very much, and he said something like it was around RM50.00 (around AUD20.00), a little bit more than some places here and less than others – I would usually have to pay around that same amount whenever I dropped by with my family, 3 of us altogether.

A-PLUS FOOD CENTRE/RESTAURANT (2.293355, 111.823653) is located among the shops along Jalan Kampung Datu, behind the block of shops near the traffic lights at its junction with Jalan Tun Abang Haji Openg and Jalan Kampung Nyabor.