I did not get to try the porridge here in Kuching but my girl did and she did not like it. According to her, it was like rice drowned in soup.

I guess that was Teochew porridge which Wiki says is rice grains softened from cooking but still whole and not in an overly starchy state. My cousin says that if you order moi (which means “me” in French) in Kuching, that is what you will get and if you want the gooey kind of porridge, you will have to ask for chook (which means chicken or fowl in Australia/New Zealand) and if you are not utterly confused yet, there is also congee and gruel. LOL!!!

Here in Sibu, it is called moi or if there are people calling it anything else, I have yet to hear that and bak moi is meat porridge like what I had here… 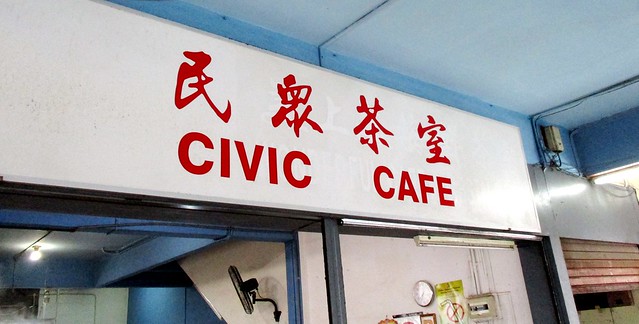 This coffee shop had a different name before but some people have taken over and have given it a new name – after the Sibu Civic Centre (Dewan Suarah) right next door. There is a kampua mee stall in front and one selling all the fried stuff inside while this one… 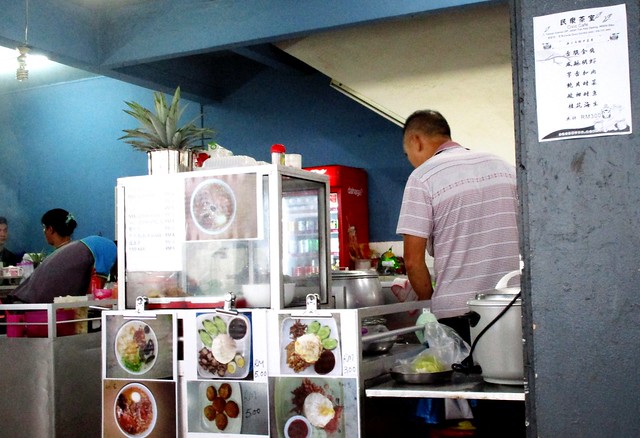 …is in between the two. I spoke to the tall and friendly guy and he suggested char bee lau too kha (pork leg in fragrant root soup) but I did not feel like it and I wasn’t in the mood for mee sua in traditional Foochow red wine chicken soup either.

In the end, I decided to go for the meat porridge special (RM5.00)… 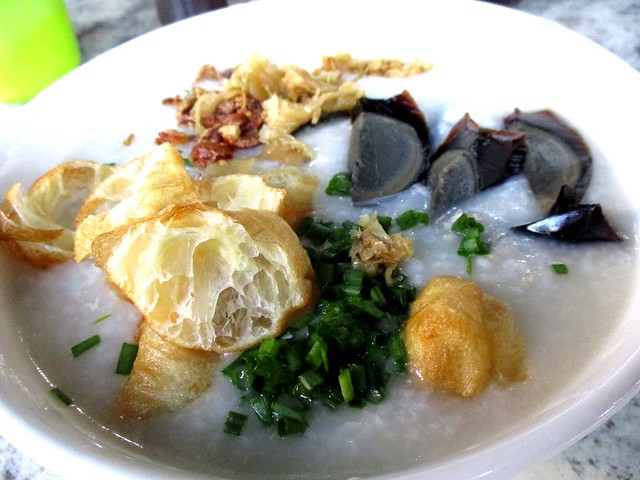 …with century egg (皮蛋/pídàn) and yew char koi (Chinese crullers) because it looked good in the photograph, much nicer than this, and I must say that I enjoyed it very much – one of the nicer places in town to go for this, that’s for sure.

My girl loves meat porridge so I guess I shall be coming back here again soon and while she has that, perhaps I can try something else from the stall or one of the other two.