After our brief visit to the tamu (market), the hotel shuttle came to pick us up and send us to one of the malls in town, the very nice and impressive new wing. The ladies went off on their own in their shopping spree and left to my own devices, I went in search of the Vietnamese restaurant in the vicinity.

Before we went over the Miri, I spent some time googling for places to eat in the city and I found out that there was one right across the road. Unfortunately, I forgot which side of the mall it was and I did not manage to find it. In the end, I made my way back to seek refuge in the air-conditioned mall – it can get really hot in Miri, so hot that I would have to open my umbrella just to cross the road!

Inside the mall, I saw the outlet of this Thai franchise… 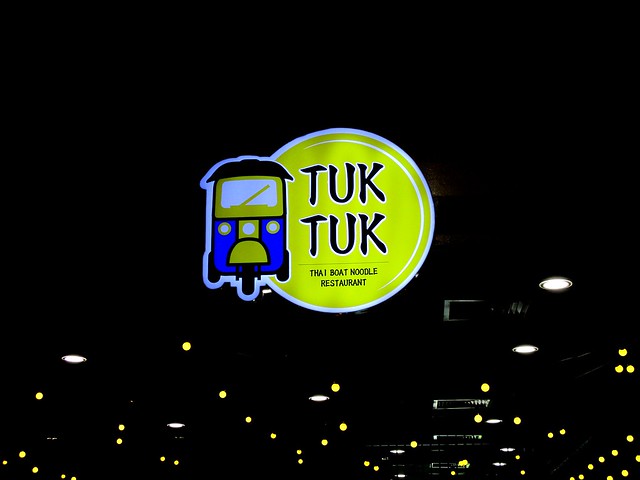 …though I am not sure if it is a local/Malaysian franchise or an authentic Thai one but I have seen people blogging about it and how there were a lot of people making a beeline there to stand and wait in very long queues to eat the boat noodles, stacking up the bowls like the Leaning Tower of Pisa…and I was quite pissed off to see that some of them were chipped! 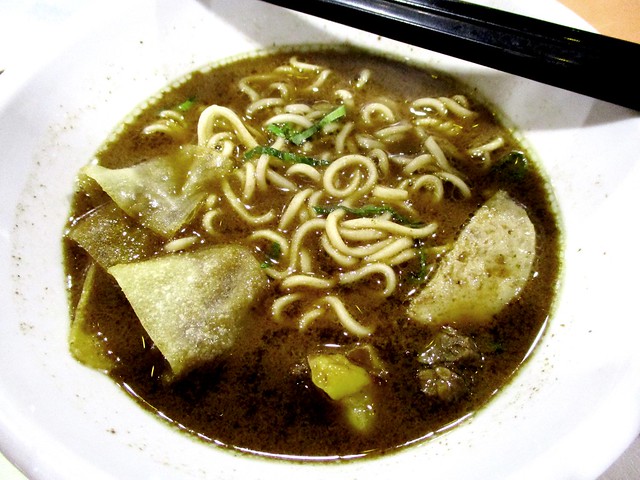 …and to say that I was disappointed the moment it was served would be an understatement. What it lacked in looks was not compensated in taste – it was edible but no, it did not blow me away and no, I would not want another bowl, much less a whole lot more to stack up sky high once I was through. Frankly, I just can’t understand what all that hoo-ha was all about.

I did see a lot of other dishes in their menu but I was still full from breakfast at the hotel so I did not want anything else. Perhaps I should have ordered the pad Thai – I probably would enjoy it a lot more. For one thing, that tiny serving was just right to tide me over till dinner.

However, that was not all that I had. I simply did not want to miss the chance to try that very popular Thai dessert, the red rubies or tub tim krob (ทับทิมกรอบ) so I ordered that, RM3.90. Unfortunately, I forgot to take a photograph of it (though I did snap one of it with my cheap handphone to share on Facebook) and anyway, I did not think it was anything to shout about either. There were some chestnuts, coloured red or left white swimming in a very diluted solution of coconut milk and no, there wasn’t any buah nangka (jackfruit) in it – I’m not a fan of that, anyway and if that is what it is like usually, I can’t understand why it has a following and some people seem to rave over it like it is something so out of this world. 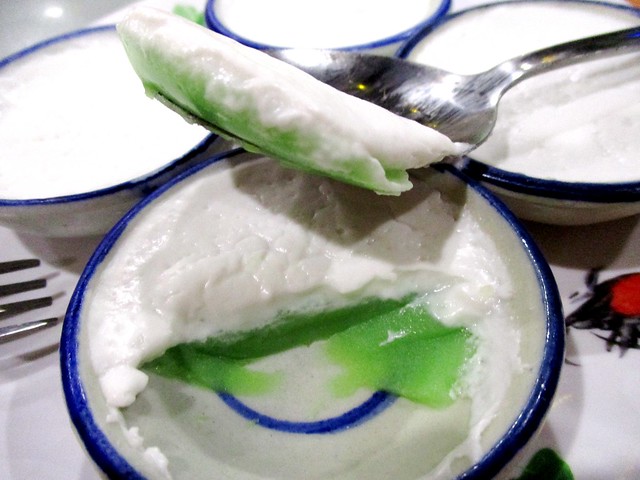 …a lot more but my favourite is still their mango sticky rice (RM11.90)… 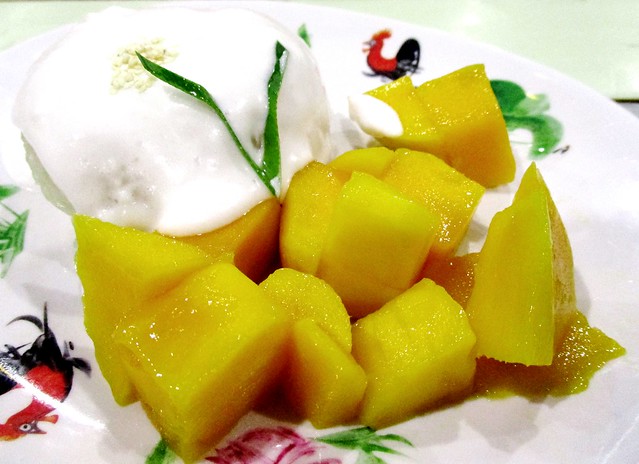 Actually, I planned to drop by again before we left Miri to try some of the things they had in their menu but unfortunately, that was not meant to be – too many things to eat, too little time.

5 thoughts on “I can’t understand…”