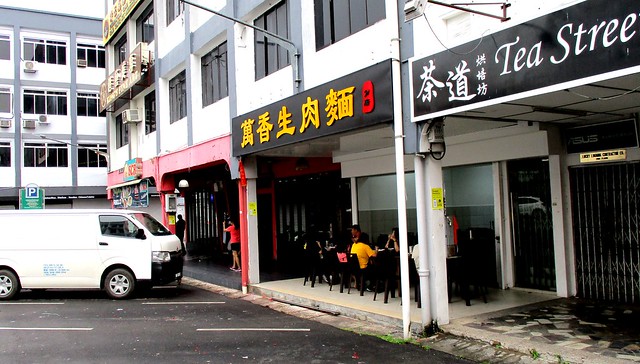 …may well be a branch of the latter, I wouldn’t know.

Well, one thing I do know is that there were others here before like this Singapore laksa franchise and this pretty nice one with the beef noodles and there may be others before them too but somehow, they did not last very long. 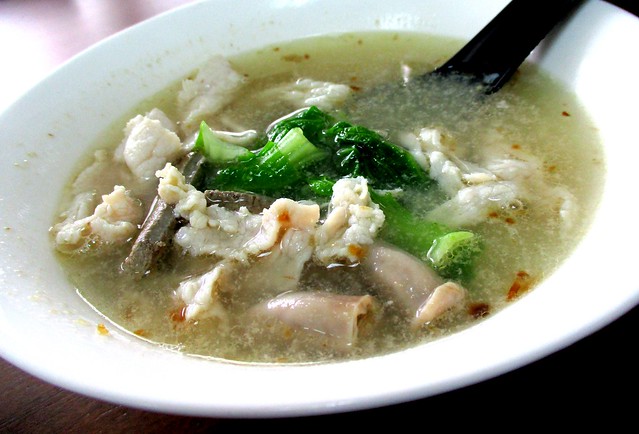 …just that there were only two bits of intestines and two slices of liver in it.

As for the noodles, I saw somebody having something that looked like KL Hokkien mee, big thick strands and black with the dark soy sauce used in the preparation. I asked the boy taking my orders and he said that would be the pan mee so I said I wanted that. 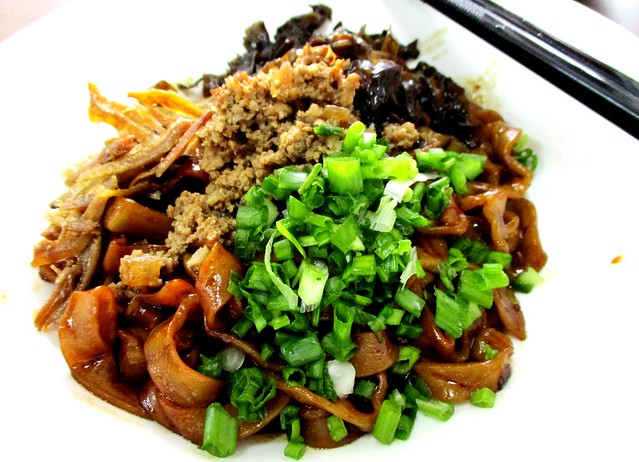 …and no, that was not the one I wanted.

All in all, I thought both my orders were all right, not anything to get excited about and you will not catch me rushing back for more…especially at those prices. For one thing, there were quite a lot of customers there that morning unlike the ones before so it is quite likely that this one will last a lot longer than the rest.

This branch of Nibong Corner (2.292472, 111.826947) is located along Jalan Bindang among the Tunku Osman area of shops, right next to the Singapore Chicken Rice outlet there behind the HSBC Building.