Curry is so very common in our country – we eat it regularly and it is easily available everywhere. Why, it can be considered our national dish even…or one of them, at least. Even the Japanese have their version of the curry though not exactly the same but then again, curries may differ a bit between individuals and places. Your curry may not be the same as mine but still, they will come across to anyone eating as…curry!

Anyway, before I proceed further, in case anyone is wondering what has happened to the GIANT tiger prawns that my friend, Eric, gave me, I had them frozen in ice in the hope that we could keep them till my birthday or Christmas, both next month, in December. One fine day, my missus took out one of the Tupperware containers to cook but no, she didn’t cook curry with them. Instead, she baked them with a lot of cheese and garlic and a sprinkling of dill and a bit of chopped spring onions from my garden… 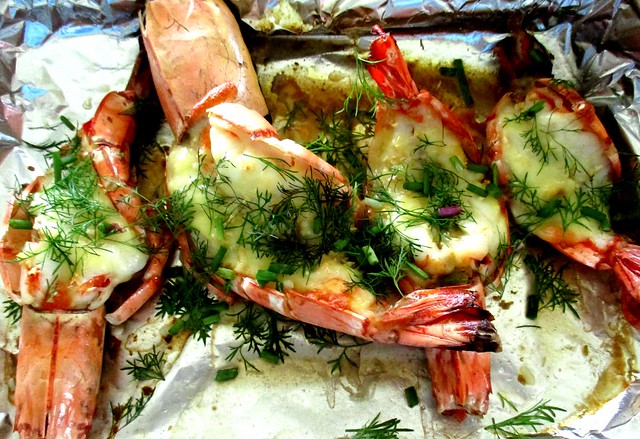 …and boy, that was absolutely delicious, you take my word for it! Well, there is still one container of the crustaceans in the freezer – hopefully, we can keep those till one of those two aforementioned dates.

Now back to what I was saying earlier about curry, in my blogpost the other day, I tried one brand of instant noodles- curry flavour but it was not to my liking and in the end, I just cooked the noodles my own way and threw the sachets of seasoning away.

In the meantime, I went looking for another brand to try and I picked this Indonesian one… 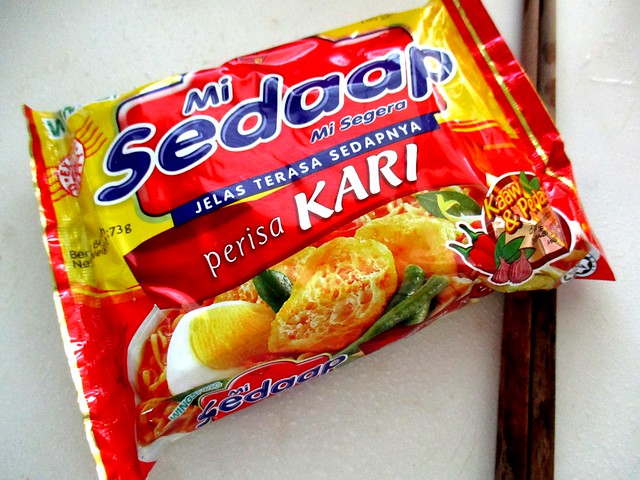 …My missus used to love their soto ayam flavour and she would stock up quite a lot in the house. It was not quite to my liking because the flavours of the seasoning were very strong, like there was too much lemon grass or something.

Their curry one, besides the noodles… 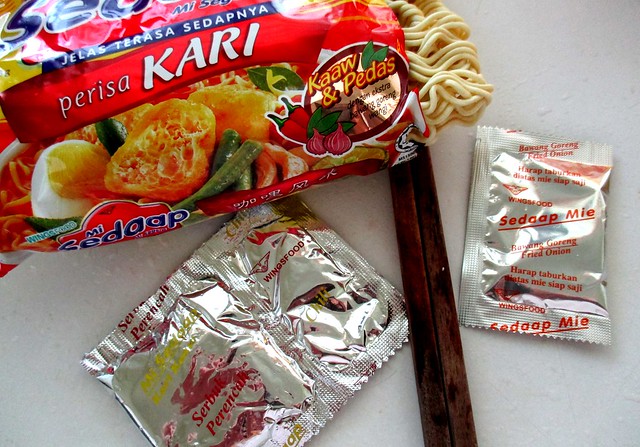 Well, it so happened that I bought some big seawater pek hay (white prawns), not as big as the tiger prawns above but a lot bigger than the ones we usually buy to use as an added ingredient in our cooking, for instance, we would use them in our vegetable dishes for the taste and the sweetness.

Usually, I would just remove the heads and the shell (and boil for the stock) and devein but my friend, Peter, the boss of Payung Cafe, said I should keep the shell so it will not curl up and shrink till very small in the process of cooking. Now, I am doing it the way they do it – cut the front legs up to the four small “hairy” ones, leave the rest under the head, remove the shell around the head and the black sac inside, cut away the legs under its body, cut along the top of the shell to devein…and that’s it! 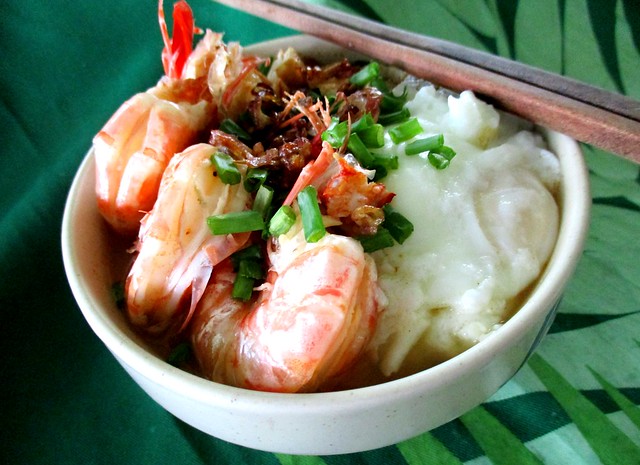 …garnished with some chopped spring onions from my garden and fried shallots. I must say that my prawns sure looked big and a whole lot nicer now and the fact that I had slit the top to remove the vein made it a lot easier to remove the shell while eating.

Yes, I also cooked one poached egg to go with it and yes, I can do that now but I still need to polish up my skill a bit before I can blog about it as my end product isn’t all that presentable yet.

I guess everyone can jolly well guess by now that I did not think much of the noodles. It was all right, that much, I would say but it certainly was not kaaw & pedas as stated on the packet and I did not add that much water, just enough to fill that bowl. Perhaps if I had cut down the water by half, it would taste much nicer but still, it was not in any way like curry as we know it.

In the meantime, I’m still looking…