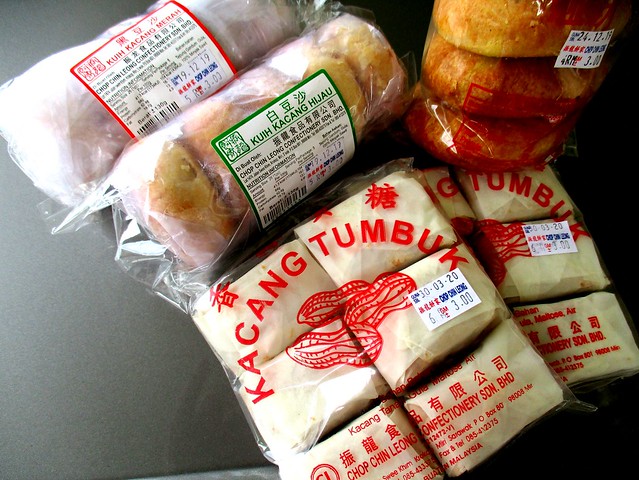 Presently, there is somebody making those very nice khong th’ng/kacang tumbuk there but sadly, we can’t get them here anymore in Sibu.

And that brings me to my question – don’t people get engaged anymore these days? During my time, couples intending to get married would have to get engaged first, unless perhaps if it was a shotgun wedding.

I had to go to that shop beside the cinema (now closed down) in Sg Merah to order the engagement packets to be distributed to family and friends. There was a piece of khong th’ng wrapped in red (kite) paper in it, together with a slice of caramel with whole groundnuts in it also wrapped in the red paper and a red card that stated that I would be engaged to this lady on the date specified. Other than that, I had to go to the newspaper company to get them to publish the announcement and yes, we also had to go to a photo studio to have our engagement photo taken.

Those were the days when if there were couples going steady, people would ask the parents, “Ti si ai pun th’ng?” (When are you going to distribute the sweets?) The implied question there was when the couple were going to get engaged and distribute those aforementioned packets.

There was a dinner too, not a really grand one but there were at least 10 tables, if I remember correctly and we had it here. Only close relatives and maybe a few friends were invited and usually, couples would get the priest or pastor to come and bless the union or a community leader to officiate. We went to the church to get that done so we did not have that at the restaurant. There was no need to give ang paos at those engagement dinners so people used to refer to them as an opportunity to go for a free makan.

A diamond ring would be more appropriate for the lady for an engagement while two identical gold bands were usually used for weddings. I had to get mine from Kuching through my aunt, since deceased – 1 carat costing RM1,000 nett. I wonder how much that would cost if one were to get that now. Of course, an engagement was an engagement and unlike a wedding/marriage, if things did not work out, the couple could break off in due course.

Going back to my question earlier, if they do not make those khong th’ng here in Sibu anymore, then they will not be able to make those traditional red packets for distribution. Come to think of it, I have not seen, much less received any for a long long time…and as a matter of fact, I have not heard of people getting engaged either. They just tie the knot.

I do not eat the khong th’ng just like that actually, not anymore. I use it for my family’s special salad dressing or for making rojak sauce and also for my popiah (spring rolls). That would save me a lot of trouble of frying and pounding my own peanuts for use and since I cannot get the nice local ones, I just buy those factory-made more-sugar-than-peanut ones from West Malaysia, available here at the shops and  supermarkets.

As for the tau sar peah, I bought home some very nice ones from Miri once and yes, my cousin’s wife did get us a lot as well but my cousin said that the quality had gone down and they were not as nice anymore. I must say that I would agree but if you are in Sibu and you are in the mood for some nice ones, you can try the stall selling all the local Foochow delights at Medan Mall… 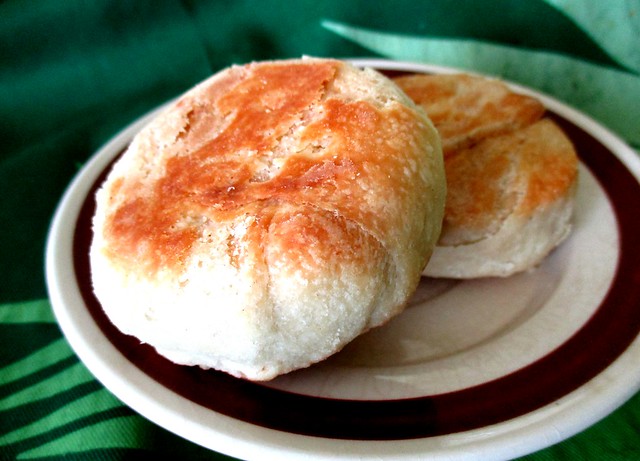 They say these are made by some lady in Bintangor and on some days, they have or tau sar (red bean paste) filling but I prefer the pek tau sar (mung bean paste)… 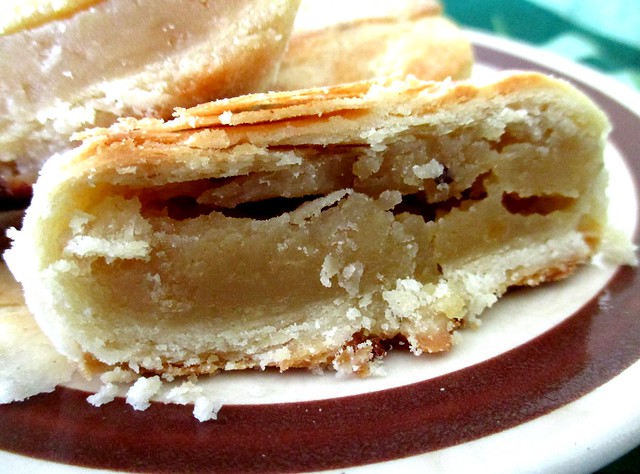 I love the fact that these are not too sweet and the skin is very nice and flaky.

LAUDATO SI’ CANTEEN (2.287269, 111.832115) is located in what was previously known as the Catholic Centre in the compound of the Sacred Heart Cathedral, Jalan Lanang and St Rita’s Primary School, Jalan Bukit Assek.