I dropped by here… 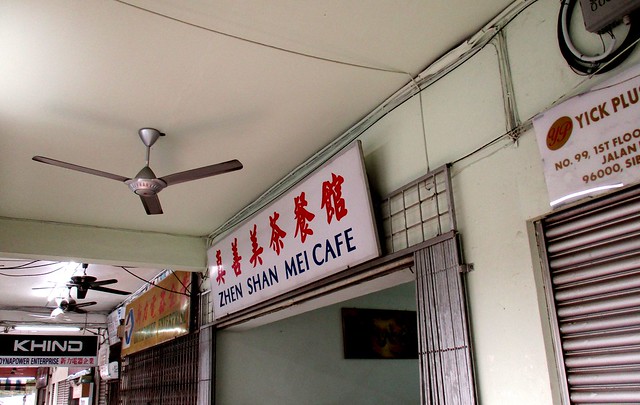 …one morning sometime ago but I was way too early – it was still dark at the time and they were not ready to start their business for the day. Somebody said that they had not even delivered the supplies yet even so I left and went some place else.

I did mention in that post that we had home catering way back then – the guy here was one of those we had had over the years. Of course he did not have a shop yet at the time but later, he opened this place and we did drop by to eat once or twice but for no particular reason, we had not gone back for a long long time.

Well, I went back there again the other morning and I chanced upon the previous owner of this chicken rice place and he told me the coffee was good and the food as well. The aforementioned caterer did come out of the kitchen to serve the orders and he acknowledged me with a nod when he saw me – obviously he had not forgotten me. He’s older now, still looking very good and I think it was his son – there was no mistaking the stark resemblance – who was helping him with the drinks and the serving and all. One look at that young man’s physique would tell you that he must have spent hours at the gym.

I asked for the moon version of the Foochow fried noodles, wet (RM4.00)… 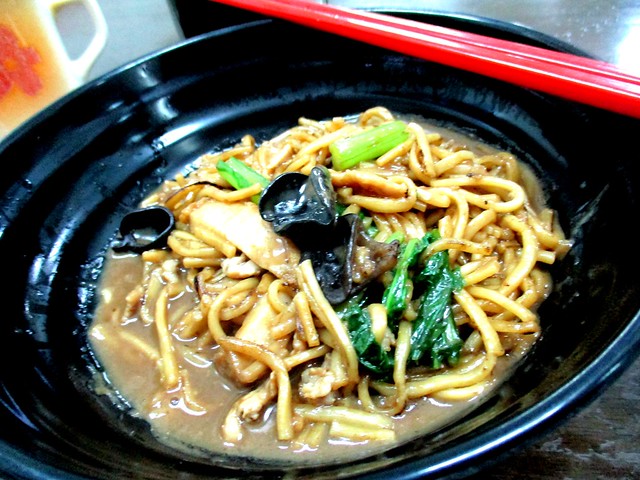 …and yes, it was very good just that it could do with a bit more added ingredients, the green vegetables, at least – I am sure an extra leaf or two would not be all that expensive. The next time around, I will ask if they have the special. I don’t mind paying more even if it is just a few slices of liver and a little bit more meat.

The coffee was all right, not the best in town and not the worst either.

ZHEN SAN MEI CAFE (2.312704, 111.847134) is located in the block of shops to the right of Delta Mall along Jalan Pedada, now Jalan Dr Wong Soon Kai, beside Dynapower, the shop selling all the electrical appliances and what not.

8 thoughts on “Not forgotten…”