When it comes to instant noodles, the curry flavoured ones in particular, my favourite would be this made-in-Sibu brand but lately, I found that the quality had deteriorated. I did not think it was as nice as before so I started looking for something else that would be more to my liking.

I bought a pack of this brand… 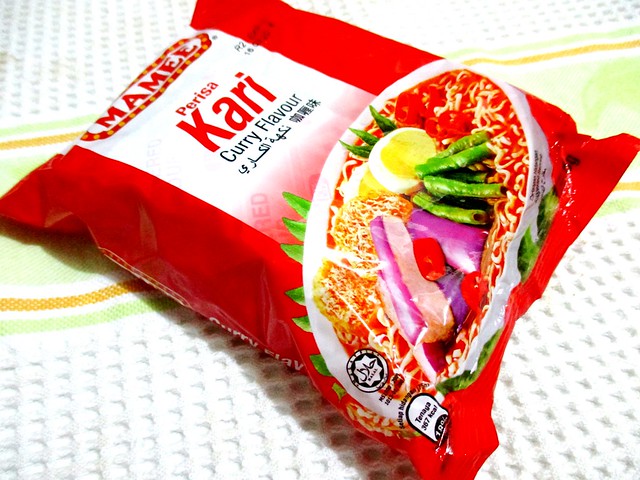 …to try but unfortunately, I did not think it was better.

Inside, there were just the noodles and a sachet of the seasoning… 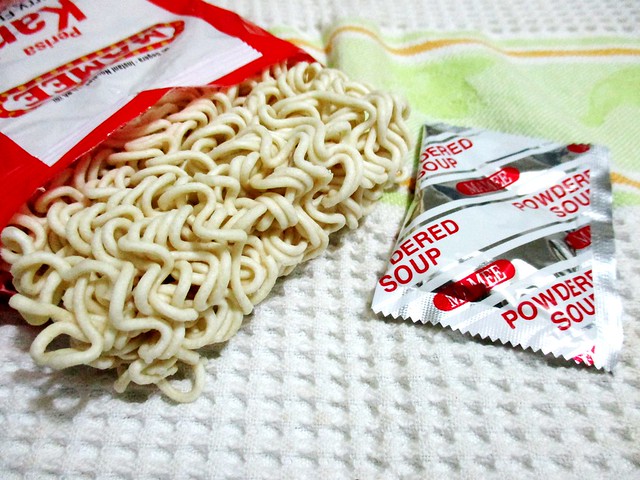 I tried a packet but the soup was kind of clear, not anything like curry as we know it. Then, I tried another and no, it did not change my mind either. Besides, as the soup was boiling, I noticed some orange-coloured residue floating up, whatever that was. Well, since I had three more packets left, I decided to just use the noodles and throw away the seasoning.

I fried some sliced shallots in a bit of oil and once they turned golden brown, I removed them for use later as garnishing. I do not leave them in the oil as they will turn soft especially when the other ingredients and the cooked noodles are added. I added a tablespoon of Bovril and a bit of soy sauce and some chopped spring onions from my garden and once I had cooked the noodles, I added them to the ingredients and tossed well.

Finally, I garnished the dish with the aforementioned fried shallots and some more spring onions… 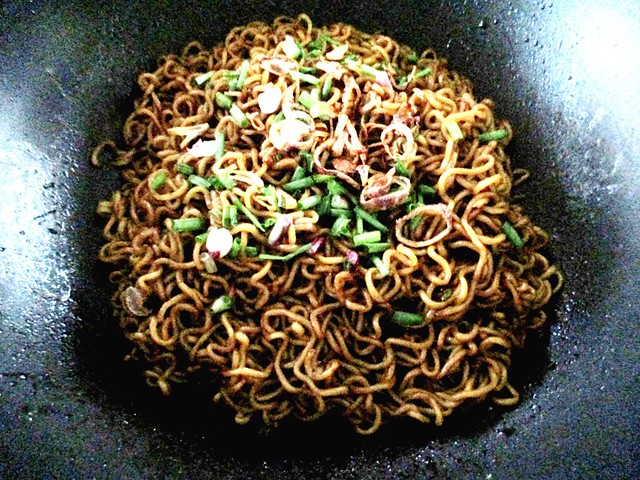 Of course, that was nice – I used to buy those egg noodles sold in packs for this purpose but I do think that generally, it would be nicer to use fresh kampua noodles instead except that one would have to buy those by the kilo and that would take forever to finish. For a more balanced meal, you can add some slices of char siew or Spam or luncheon meat, one fried egg perhaps and some green vegetables.

7 thoughts on “Looking for something else…”