We decided to go out for dinner one Sunday evening and since we had not been here for quite a while, not since January, if I am not mistaken, I suggested that we went there and of course, my girl jumped at the idea. 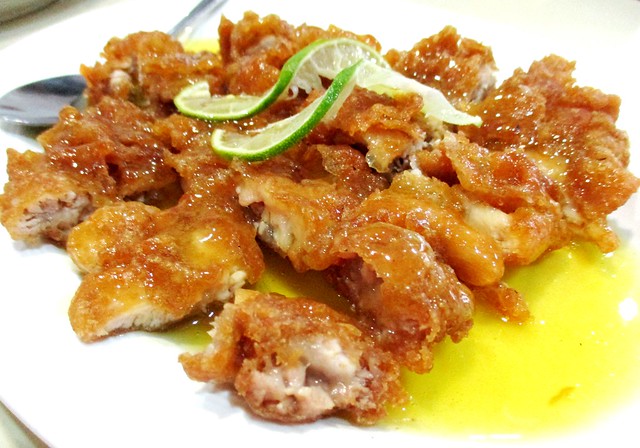 …is my girl’s favourite – the best in town, she will insist. She went out for lunch at some Malay restaurant in town with her colleagues once and she said that everyone commented on the small serving of the lemon chicken there but when all of them had tried a bit, they left all the rest on the plate untouched – it was that bad! I guess this one that we had that night more than made up for the disappointment and as a matter of fact, she had most of it that night. 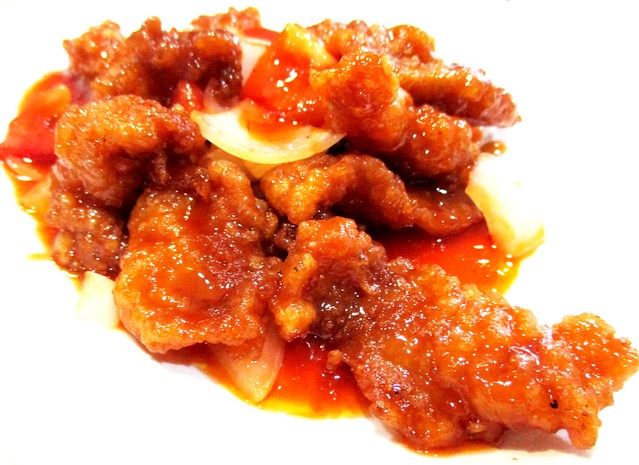 Personally, I prefer this to the lemon chicken but generally, both were good. I guess that was dory but I liked how they sliced it so very thinly and had the slices pre-fried till very nice and crispy and the sauce was, in my opinion, a cut above the rest elsewhere.

We had their tofu with salted vegetable soup… 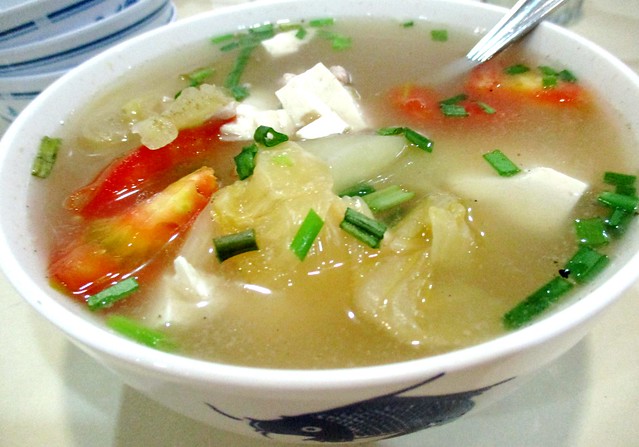 …before and we all enjoyed it so that night, we had it again. 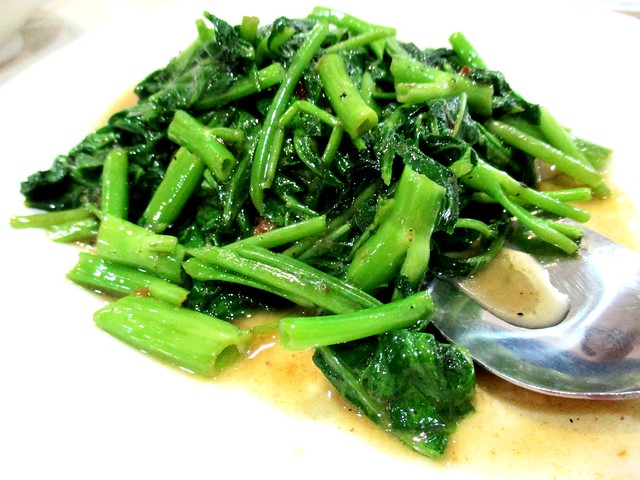 …before so we asked for that for a change. It turned out to be really very nice – we sure would want to order that again the next time around.

No, dinner was not cheap, RM56.00 altogether for the food for the 3 of us – this place is not known for being cheap unlike the restaurant next door which is forever packed and noisy.

However, for one thing, I did not ask for smaller servings that night and there was more than enough to go round, enough for 5, I would say, except for the soup, just nice for 4 individual bowls but if everyone gets a little less, there is every possibility that it could be stretched to 5. Anyway, I do not mind forking out a bit more to be able to dine in comfort plus in comparison, we do like the food here a lot more.

Y2K CAFE (2.294220, 111.825753) is located in the Tunku Osman area, round the corner from that block of shops where the branches of AmBank & RHB Bank are located. with its back entrance facing the side (right, not the main one) entrance/exit of Methodist Secondary School

6 thoughts on “Enough to go round…”