When we were here for lunch that day, I felt like having cake so I had a look at their menu. Well, it wasn’t in their regular menu, just one laminated A4-sized card with photographs of the four types of cakes available.

The so-called red moist cake with cheese whatever looked like red velvet and I wanted that but the lady said it was not available. In fact, all the cakes were not available which got me wondering as to why that card was placed with the menu and everything else on the table. Since they did not have any of those cakes, they might as well put them aside for the time being till fresh supplies arrived. Sometimes I really wonder at these people – no common sense whatsoever.

Anyway, I was glad that I did not get what I wanted as I had it before at their other outlet in town… 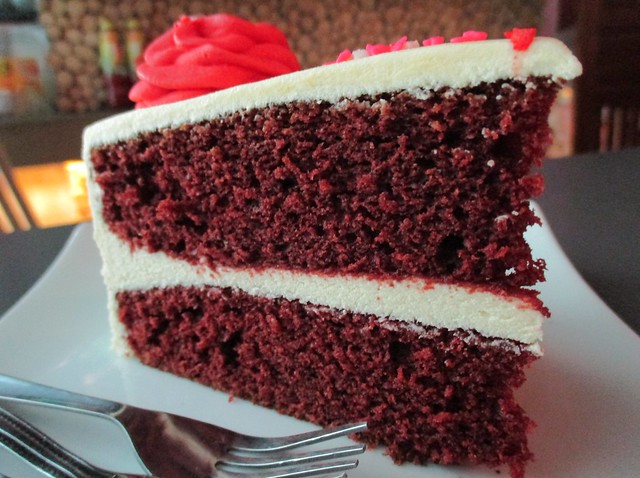 …and we did not like it – moist would be the last word we would use to describe it. That was three years ago and I had forgotten all about it.

It was my good friend, Richard‘s birthday a few days later and he shared a photograph of himself and four different types of cakes that he had here… 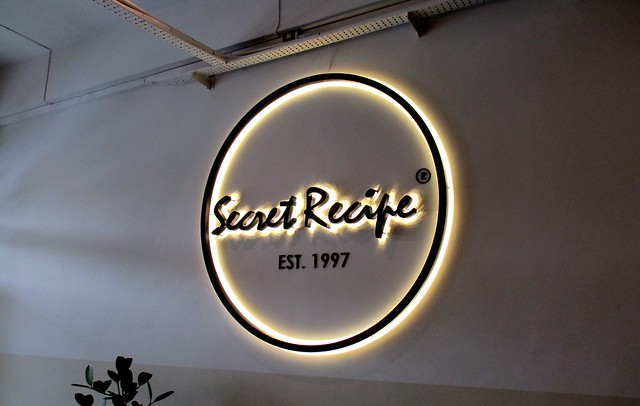 …and lo and behold! One of them was a red velvet!!! 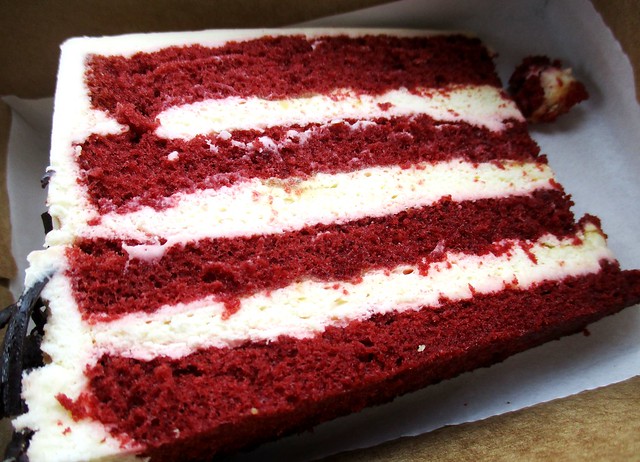 …and yes, it was so good…but of course, at that price, I do not think I will be going back there for more all that soon. Perhaps I shall wait till my birthday and I can go and order one whole cake to indulge to my heart’s content.

And talking about being indulgent, my girl, for reasons unknown, kept mentioning her favourite here, their Chocolate Indulgence but when I asked if she wanted to drop by for that, she said no. Of course, since I was there already, I bought her a slice (RM9.01) and one of their white chocolate macadamia (RM9.01) for my missus and while I was there, I saw this… 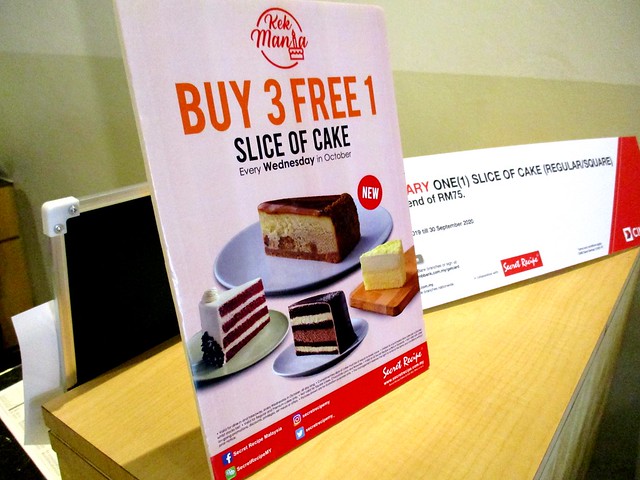 Gee! That was on a Tuesday and if I had gone one day later, Wednesday, I would have been able to get another slice of cake on the house. Sigh!!!