I saw their post on Facebook – you buy one and you will get one free. I scrutinised the ad carefully and no, it did not state anywhere that the promo would only be on weekdays, not available on weekends. I commented on the post, asking them regarding this so as to confirm but unfortunately, just like that previous time, there was no reply – sometimes I really don’t understand these people. Why bother having a Facebook page when you do not bother about customers’ queries? That really puts me off, I must say!

Anyway, that Saturday, we dropped by their town branch and my worst fears were confirmed – it was available on weekdays only! Probably they have these promos for the sole purpose of luring the lunchtime crowd from the offices but since we were already there, we decided to just order something from their regular menu. I guess you can categorise us as “unsuspecting victims”, there because we were attracted by their BUY ONE, FREE ONE offer.

My girl had their lamb chop with mint vinaigrette sauce (RM26.00)… 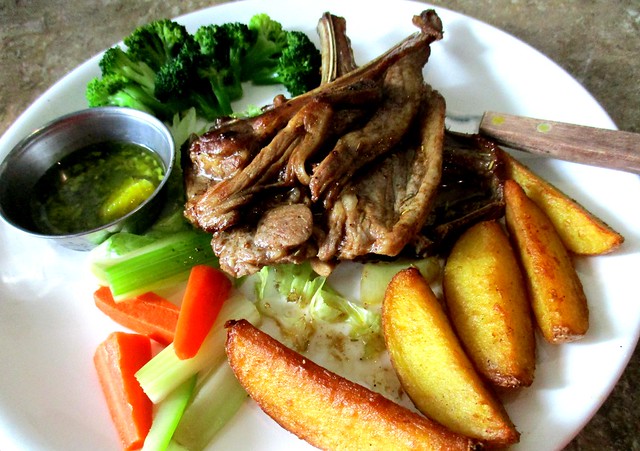 …that we had before at their other outlet and liked very much.

The mum had their grilled chicken with homemade brown sauce (RM19.90)… 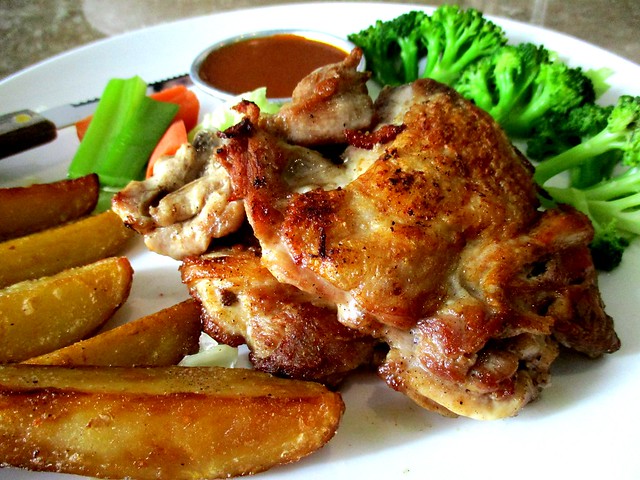 …while I decided to try their Cantonese seafood yee mee (RM18.90)… 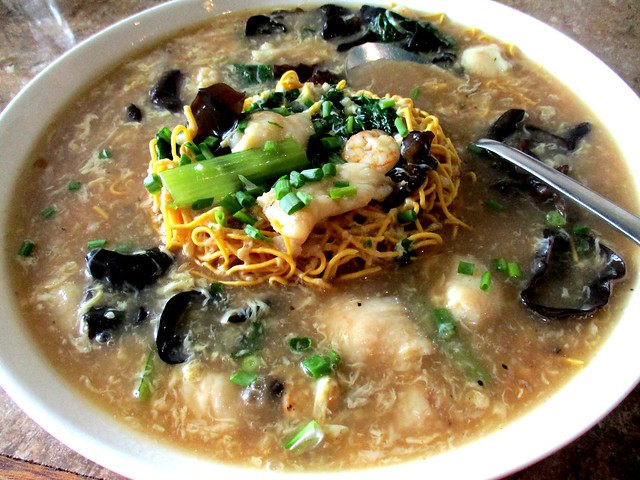 The ladies enjoyed their orders and yes, my yee mee was nice too.

I gave some to my girl to try and yes, she liked it – she said she would want to order that the next time we drop by here. However, for that kind of price, I would expect a bit more than those slices of fish, Dory, obviously…and thankfully, it had the fish texture, not jelly-like and it did not have any unpleasant smell. There were some tiny shrimps, not many – in fact, there were so few that they were barely noticeable and no, there wasn’t any sotong (squid) even, so do not expect a mussel or two!

There was just one piece of the yee mee in that huge plate flooded with the gravy so if you think the serving was big and there was a lot to eat, take my word for it – it was merely an optical illusion.

Iced water was RM1.00 a glass and the total came up to RM68.70 and just as in our previous visit, they stamped on the cashier’s receipt our entitlement for a 20% discount on our next visit. We had that too when we were there last and I gave that to my girl but she never got to use it. I don’t know if we will ever get to use this one but I have that gut feeling that when the time comes, there will be some terms and conditions creeping out of the woodworks and we will not be able to claim that 20% in the end.

Incidentally, if you are going there for the promo, do be forewarned that when you order an item from the list, you are NOT going to get another one of the same free. There is a list by the side, not all that obvious, I must say, and you will have to pick one of the not-so-attractive items there.

CAFE CAFE, Sibu  (2.287387, 111.826487) is located somewhere in the middle of the block of shops along Jalan Chew Geok Lin – the Tua Pek Kong Temple and the Seven-storey Pagoda is to the left, across the road from the bank at the end of the block.