That morning, I was walking past this coffee shop and I decided to drop by to see if there was anything at the chu-char (cook and fry) stall inside that I could tapao home. Much to my surprise, the young boys were doing all the cooking and everything. The fat guy who used to sit be the side fiddling with his smartphone and would come over to cook once the boys had got all the ingredients ready was nowhere to be seen. I asked one of them and he said that the guy had called it quits and they had taken over the business.

Incidentally, some people have taken over the kampua mee stall in front too – the photo of their tomato kway teow looks good. Perhaps I will drop by and give it a try one of these days.

I saw an alluring slab of stewed pork… 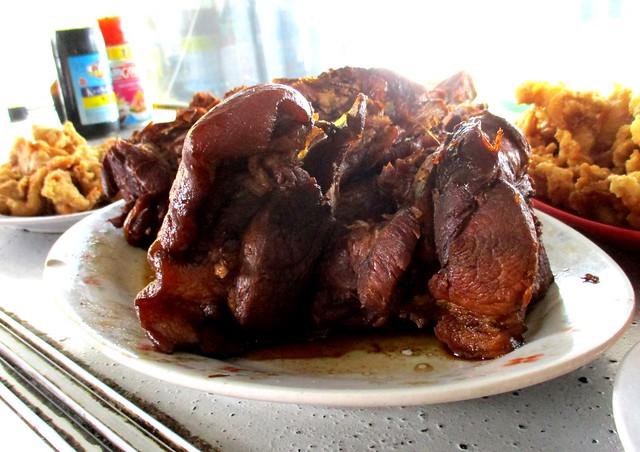 …so I asked for it and I requested that they packed the sauce separately.

I also bought their siew yoke… 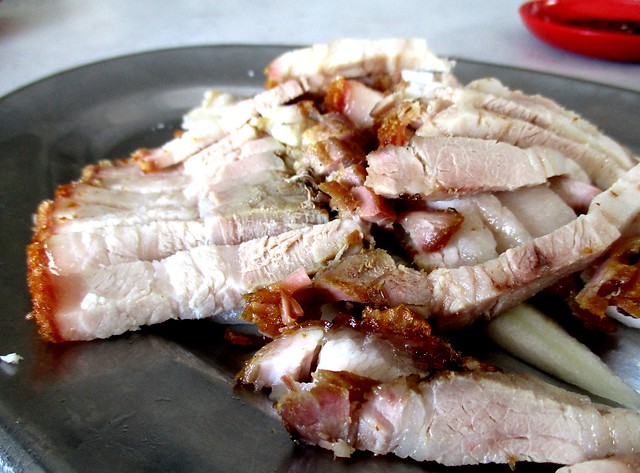 …and when we had that for lunch that day, my girl remarked that anytime we want to buy this, we should go here – obviously she liked it very much and enjoyed it a lot.

On my way home, I stopped by my favourite kompia shop at Rejang Park to buy some home. The lady, the mother of the young boy, was so very nice. I bought RM6.00, now 50 sen each, and without my asking, she gave me 15 pieces instead of 12. I wanted to deep fry and eat them with the stewed pork.

At most places here, they would just have them oven-toasted and fill them with minced meat but I prefer them deep fried… 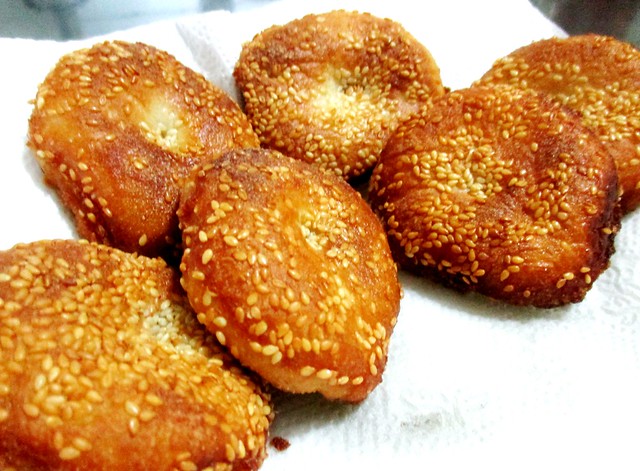 …till golden and crusty on the outside, still nice and soft on the inside, stuffed with stewed pork belly like the nice ones here except that once, they were soaked through with oil till they were not edible and of course, I took the whole basket back and gave them a piece of my mind. The oil must be very very hot before the kompia goes in – obviously the people in the kitchen there did not pay enough attention to what they were doing that day.

My friend, Annie, in KL loves the ones here, also deep fried but they have minced meat filling. I watched the lady doing it once and I was quite sure I could do it too. She actually sliced the kompia first before deep frying. Probably that would make it easier to handle and stuff the filling as it would be very hot, straight from the wok. That was why I did the exact same thing that morning and in no time at all, everything was ready… 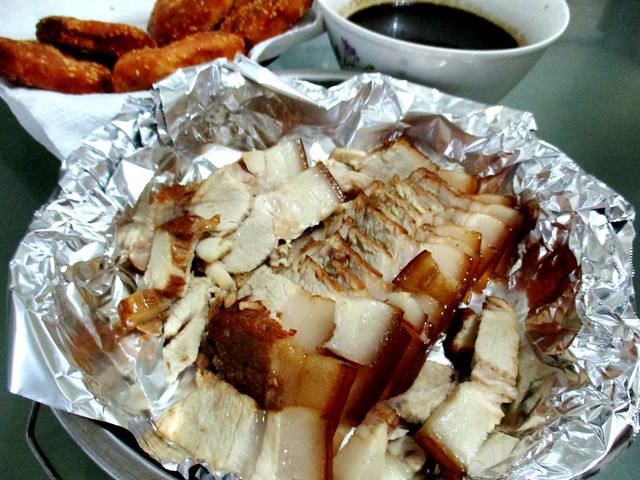 Yes, everybody enjoyed it very much including my girl who had two for breakfast… 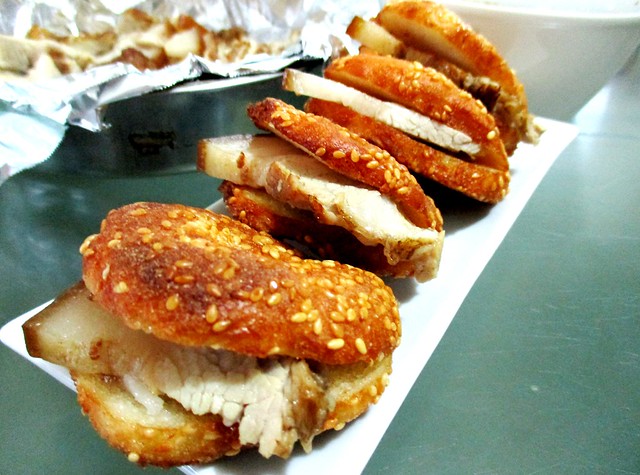 …and for one who is more into bagels than kompia, that sure is saying a lot! I certainly would want to do it again sometime.

SYARIKAT KIONG CHUONG CAFE (2.291062, 111.827381) is located along Jalan Kampung Nyabor at the bend where one turns right when coming from Brooke Drive, a stone’s throw from Malaysia Hotel in the next block and SENG WAN BAKERY (2.307484, 111.836558), the kompia shop, is located at the Rejang Park shops/commercial centre facing the Rejang Park Market, back to back with Quality Cake & Bread Factory .