That day, the haze situation in Sibu got real bad and the API (Air Pollution Index) went up to over 200 which, of course, meant that the schools here would be closed and the pupils and teachers could stay at home. My girl, however, insisted on going to school to see that everything was all right before going home.

Well, I, for one, had no intention of going home myself first and driving back all the way to the school later to pick her  so I went to the canteen… 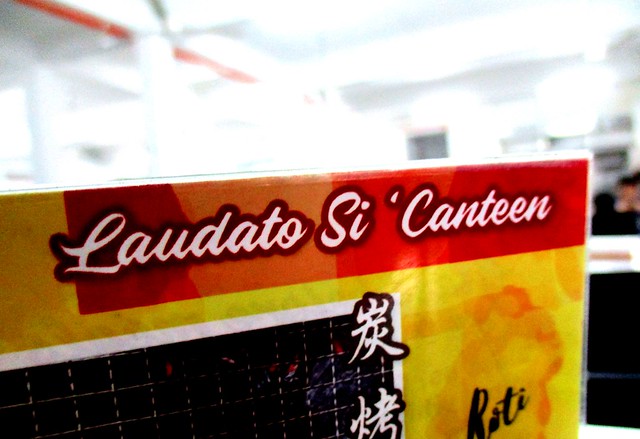 …next door in the same compound as the school and the cathedral for breakfast and to wait for her.

I had their tomato kway teow… 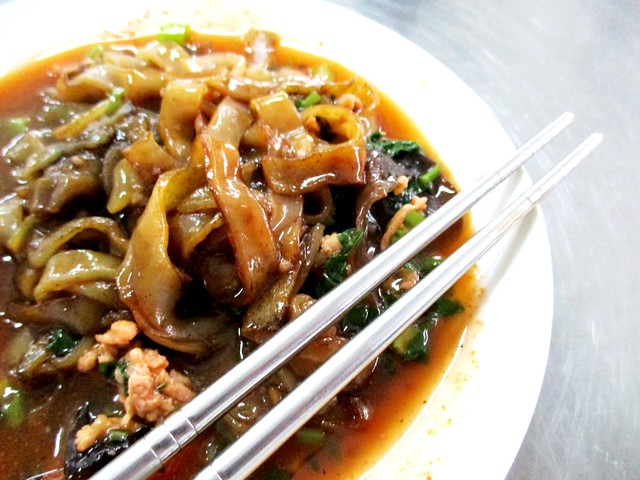 …which was quite good, RM3.30 only a plate. Their kway teow, wet is RM3.00 and one would have to fork out an extra 30 sen for the tomato sauce. That is indeed very cheap as the standard price at most places for fried noodles would be at least, RM4.00 and very often, more.

Things here are generally cheaper than elsewhere as it is a church-run eatery and the workers are all volunteers from among the congregation. One would be able to see the ladies making the steamed paos after they had close for the day – they are selling those at RM1.30 only, RM2.00-2.20 elsewhere and their kopi-o-peng is only RM1.20 a glass, usually around RM1.80 elsewhere.

The tao sar peah made by somebody in Bintangor is only 80 sen each and I’ve bought that a few times already. They are also selling pulut panggang and somebody told me that theirs were very good. I wanted to buy some to try but usually when I dropped by at around/after lunchtime, they were all sold out.

I did manage to grab a few… 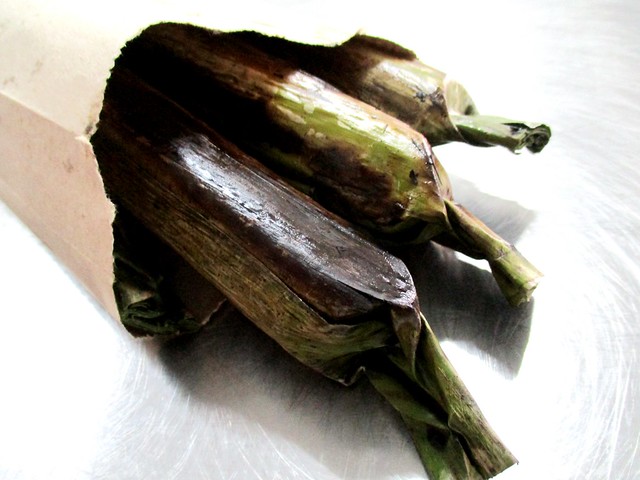 …that morning, RM1.00 each so this is one thing there that is not cheaper than elsewhere.

This is an environment-friendly place so you will not get anything that you buy in a plastic bag, no drinking straws will be given to you with your drinks and if you want to tapao any food home, you have to bring your own containers or tiffin carriers. Other than that, you are not allowed to smoke in the canteen nor in the compound all around the building. If you must do so, you will have to walk to the main road outside. 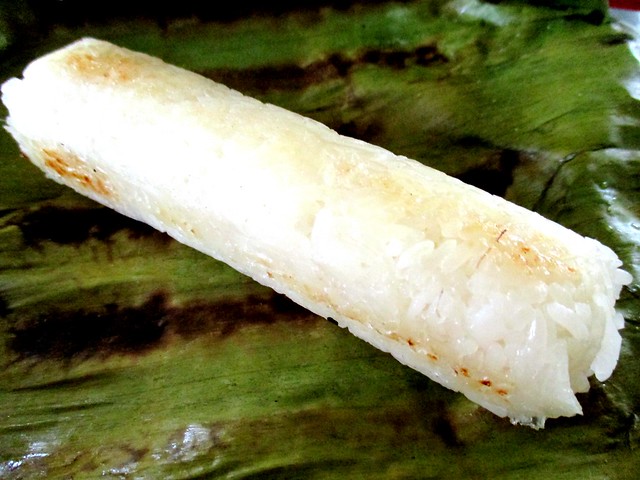 …of the pulut panggang when I got home but no, it was not panggang-ed enough so it lacked the fragrance and it was not lemak enough for want of more santan/coconut milk. It definitely is not the best but to be fair, it isn’t the worst either. Whatever it is, one thing’s for sure, you will not catch me going back for more.

LAUDATO SI’ CANTEEN (2.287269, 111.832115) is located in what was previously known as the Catholic Centre in the compound of the Sacred Heart Cathedral, Jalan Lanang and St Rita’s Primary School, Jalan Bukit Assek.