Here, I would like to apologize to all those who got in touch with me to invite me out during my brief stay in Kuching. I was there for the sole intention of attending my ex-Kanowit student’s daughter’s wedding and over those few days, to have a reunion of sorts with the classmates who were able to be present.

I was able to go for lunch with my cousins upon my arrival in the city and dinner with my aunt and her family that first night in Kuching. Other than that, on the final night, Saturday, I managed to go out with a very old friend, his parents were friends of my parents too. It was his birthday before I flew over so I sent him a birthday message. He replied saying that he would be in Sibu in a couple of weeks and if we could, perhaps we could meet for dinner or something.

I told him that I would be in Kuching over the next few days and right away, he asked me when I would be free. I did not know what my ex-students had planned then so I said I was not able to commit but he tentatively picked Saturday night and we would confirm it later.

It turned out that there was nothing on that night so we ended up here for dinner. There was another restaurant here before, a certain Mr. Ho, a West Malaysian franchise and we ate there once and quite liked the food but it looked like they had called it a day or moved elsewhere. 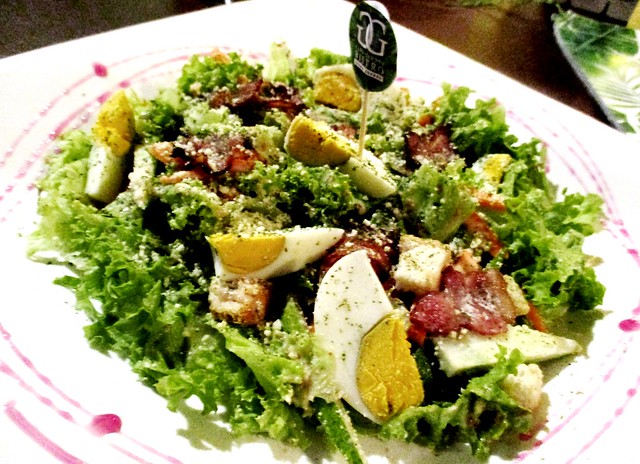 …which was all right and my friend had their chicken cutlet with barbacue sauce (RM19.00)… 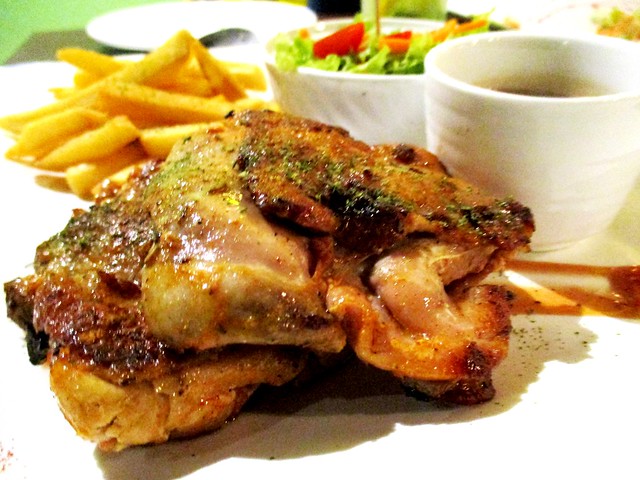 …and he did not say anything so I guess it was all right too. 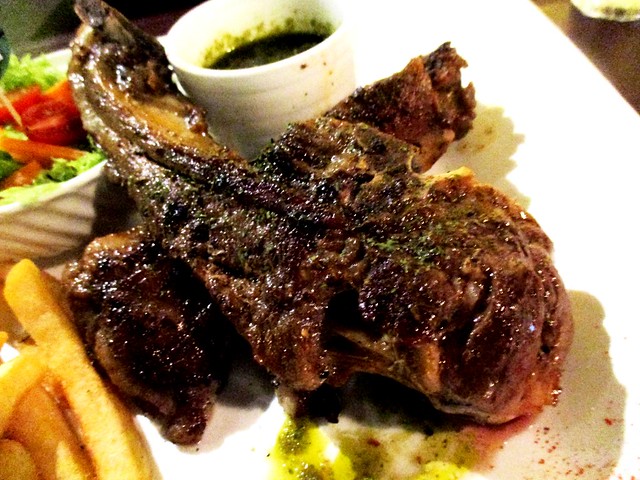 …or at least, that was what it said on the menu and I thought it sounded promising. Unfortunately, I did not think it was anything spectacular, a little on the tough side and quite a hassle to wrestle with it to get it off the bone

I liked the place though, not many customers and very quiet so we could chat to our heart’s content, no need to shout to be heard and service was great – the people were very nice especially the sweet girl who waited at our table. I would say it is a good place to meet friends for drinks and to talk.

I sure enjoyed chatting with my friend – both our parents were gone now and after all these years, there sure were a lot of things to catch up with in our lives, our families, our friends and memories of the good ol’ days a long long time ago to recall. Thanks so much, Jon, for the lovely evening – it sure was great to see you again.