After I had left Carpenter Street, I walked along the road in between the Pavilion, now a textile museum, and the back of the Old Courthouse and headed straight across to India Street.

I do not like India Street anymore after the changes they did to it. It now has a roof, something like Jalan Petaling’s in Kuala Lumpur, and they paved the road so it is no longer a tar road and they set up stalls all over the road, making it look like some kind of bazaar or market. It sure is nothing like the old India Street that I knew and loved so well.

Some of the old shops are still there like Bee Tai where I used to buy my (disco) outfits in my younger days, the textile shop, Salih Ahmad, the Jubilee Indian Restaurant and a few others but somehow, it just did not feel the same, not anymore. 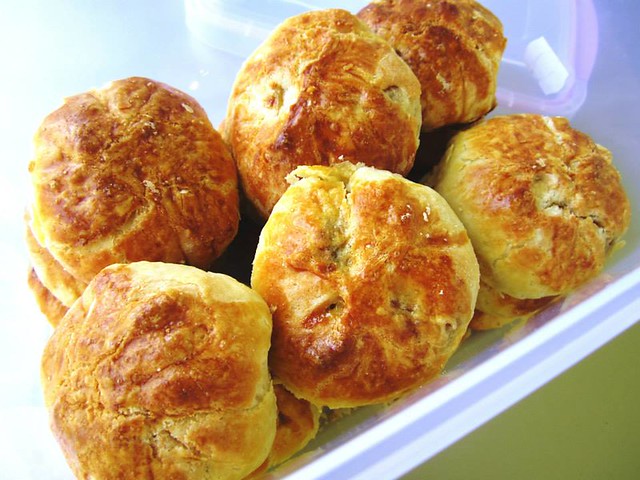 …sold at the shop there, Chong Chon, that I had frequented since way back in the 70’s. However, I did buy one and one of their curry puffs for tea later that afternoon and yes, they were so so so good!

What I had in mind at that point in time was the coffee with butter added (RM1.80)… 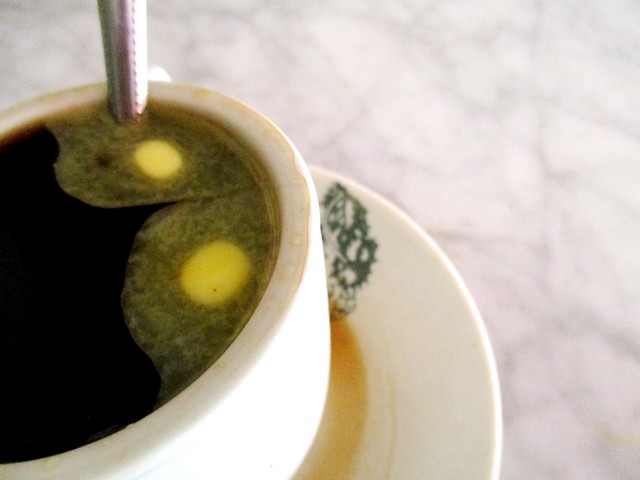 …that I read about somewhere, probably on Facebook, and I wanted to give it a try. I do remember doing that – adding butter to my coffee when I was a lot younger but I don’t think I was so overwhelmed by it. For one thing, I do know for a fact that the people here used butter to roast their coffee beans a long time ago but these days, they said they would mix it with margarine as butter is way too expensive now.

I managed to locate the shop… 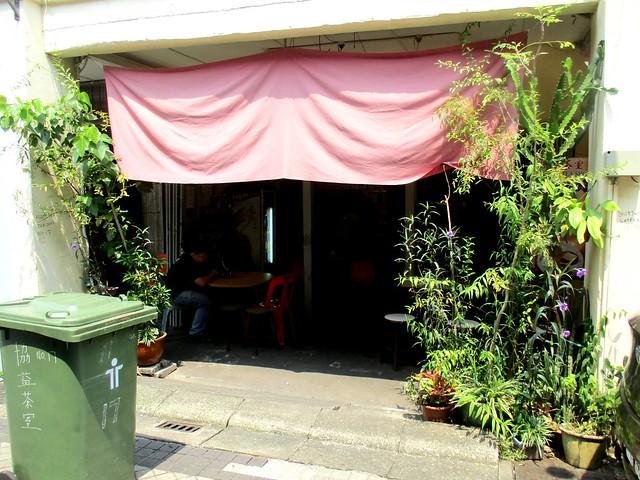 …but I don’t think it has a name or maybe, it has but I did not see it. It is a very small shop with only a few tables, maybe around five and they only serve coffee, eggs and toast, not much else except for perhaps some other kinds of drinks.

The shop was run by one lady… 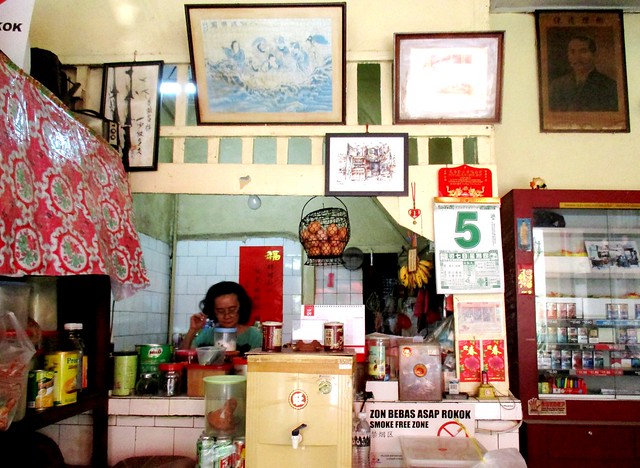 …who was not that friendly initially but I got a call from Sibu from my good friend/ex-classmate, Robert, when I was there and I guess she overheard our conversation and realised that I was from out of town. Later, she asked me where I was from and we did have a good chat after that. She said that they had run the shop for a long time now and was around already in the 70’s when I was frequenting that sio pao shop a stone’s throw away.

The shop looked quite a mess, anything and everything strewn all over. The group of people at the next table… 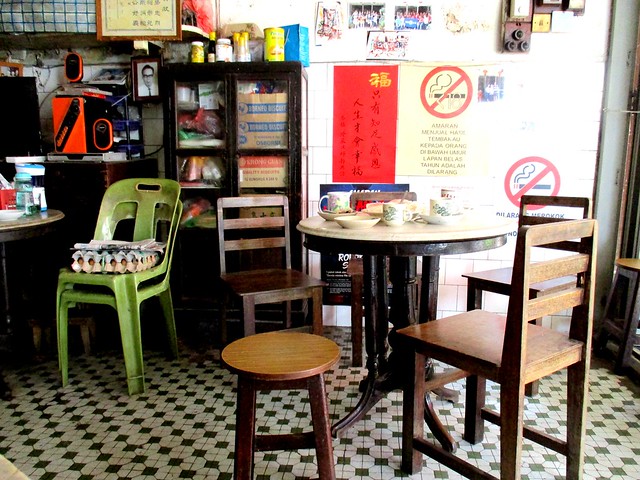 …left before I did and it sure looked like they were there for the coffee too. I love that marble-top table and those chairs looked like the ones we had in school.

Yes, the coffee with melted butter in it… 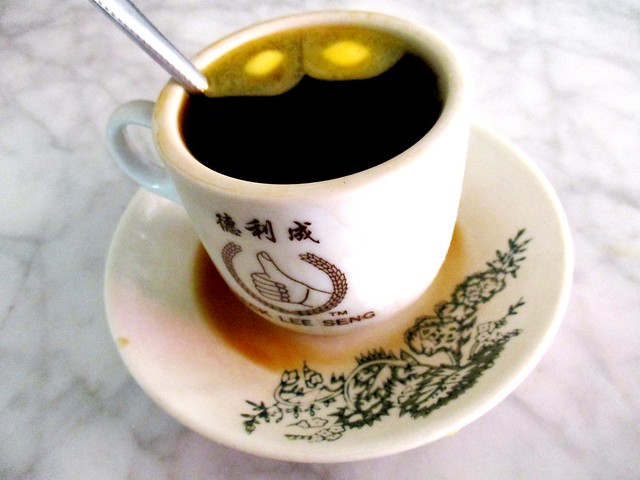 …tasted really nice and I sure would not mind going for it should I happen to pass this way again. Perhaps I may even try doing it myself one of these days at home.

One of my ex-Kanowit students residing in Kuching had called me earlier to invite me to go for breakfast but I told him I had already eaten. In the end, he asked me to call him when I had finished my walk and he would take me for lunch. I had walked from one end of the city centre of Kuching to the other, more or less, and was totally drenched in my perspiration and in no condition to go for lunch so I called him and told him not to bother coming to get me and I would just take a cab back.

It turned out that the Malay taxi driver worked for TM before he retired and was based in Sibu before and he was doing what he was doing to earn a bit of income as his pension was only RM250.00 a month! Goodness gracious me!!! What can one do with that kind of money! And here I am complaining about what I am getting! That reminded me of a quotation, “I was complaining I had no shoes until I met a man who had no feet!” For the fare, he asked for RM15.00 but I paid him double, RM30.00 – after all, it’s only money and he obviously needed that little bit a lot more than I do.