Early last Friday morning, after dropping off my girl at her school, I stopped by my Malay kueh and everything else stall at Bandong here to see if there was anything I could buy home for breakfast. No, it was our no-meat day so no noodles at the coffee shops for me that day!

I saw that they had their own-cooked nasi lemak now but no, I did get my hopes too high. I was rather disappointed with the nasi lemak at the stall a stone’s throw away that day as it was no longer as lemak as it used to be and I was not as impressed as before.

They had a choice between pedas (spicy) and not pedas and of course, I wanted the former. I bought two packets home (RM3.00 each)… 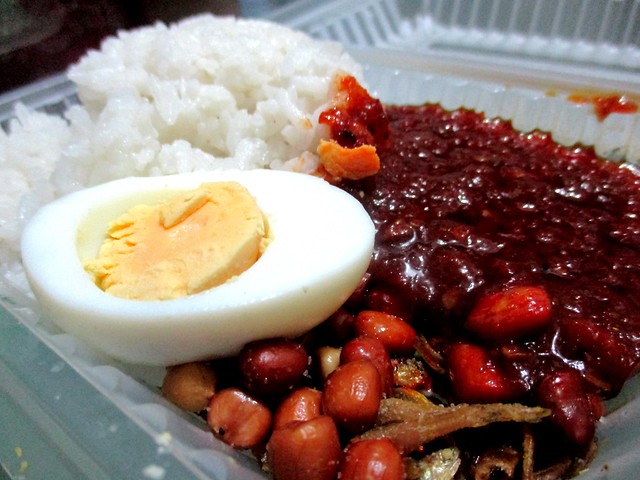 …to try and I was glad I did as the rice was lemak and the sambal was spicy enough and really good and I liked how they fried their own kacang (peanuts), skin and all, instead of using those salted ones sold in packets or tins at the shops and supermarkets. I certainly would not hesitate to buy more should I happen to go there again instead of that other one and anyway, they do not open till much later, around or after 7.30 a.m.

I bought their very nice cucur for my girl and I also grabbed some of these huat koi or fatt koh (3 for RM1.00)… 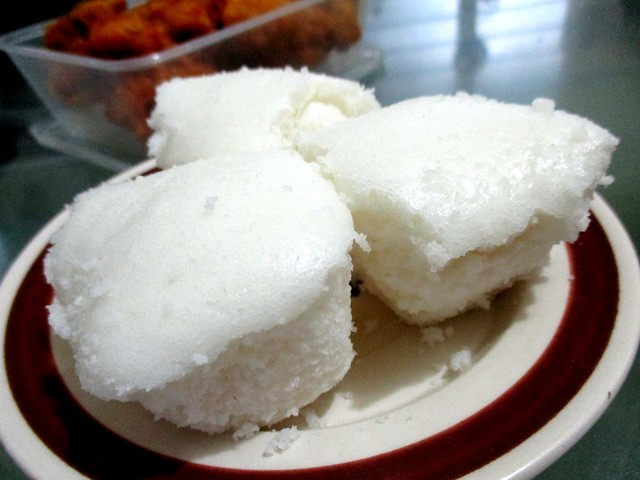 I think they call it apam tapai as there is some degree of fermentation in the making of these and yes, they were very good even though they were not perfectly shaped. My girl seems to enjoy eating these and I quite like them too, eaten with butter. They looked better before though, made in paper cups, with the gaping top, the way they should look like once they have huat.

Mak Met, the very nice lady who used to run the place has not been around for a while. Nobody seemed eager to tell me anything – they just said that she was resting at home. Well, when she was around, I used to enjoy her bread pudding and I spotted it there that morning. Of course, especially when I had not had it for a long time, I wasted no time in buying a piece (RM2.00)… 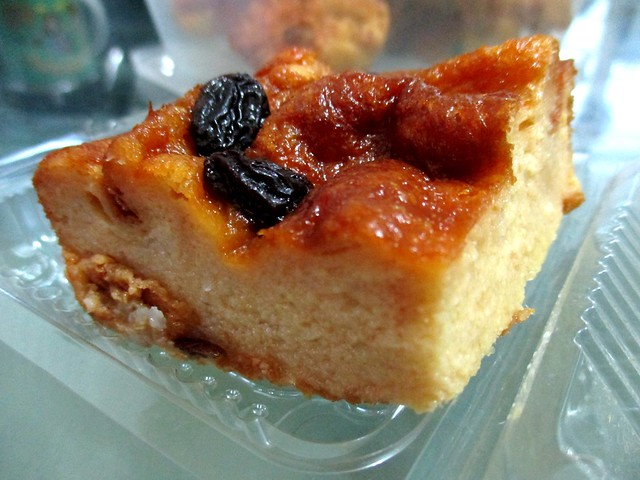 …the last one left that morning! I particular like how the bread is blended together with the batter instead of being laid out slice by slice and baked after the batter has been poured all over it. I sure enjoyed it very much but at RM2.00 a piece, perhaps I wouldn’t be going for it all that often.

This stall/shop that used to be called MAK MET’s BREAKFAST STATION is located at the shops along Bandong Walk (2.313869, 111.825808) where PENYET BANDONG is in the evening.