It was raining heavily last Saturday evening so we decided to go for the early Sunday morning service instead but it rained too on Sunday morning. Thankfully, it stopped before we left the house so it was all right in the end.

It was still early when we were done, before 9.00 a.m. but I do know for a fact that this place… 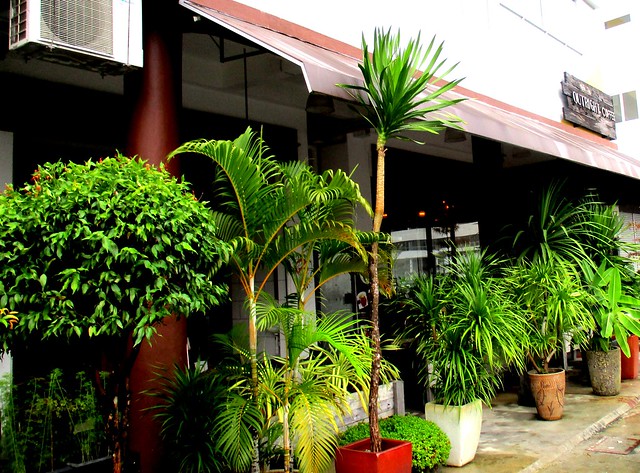 …opens early, at 7.00 a.m. and since we had something on that evening, we thought we would just go for a more substantial brunch for our once-a-week special lunch date, enough to tide us over till dinner. It is quite obvious that the boss, Dennis, is taking good care of his plants – they sure look good, all that greenery around the place.

They have nasi lemak on their menu now and I wanted to try that, only to be told that it would not be available till after 10.00 a.m. Hmmm…it sure looks like the early bird does not always catch the worm. 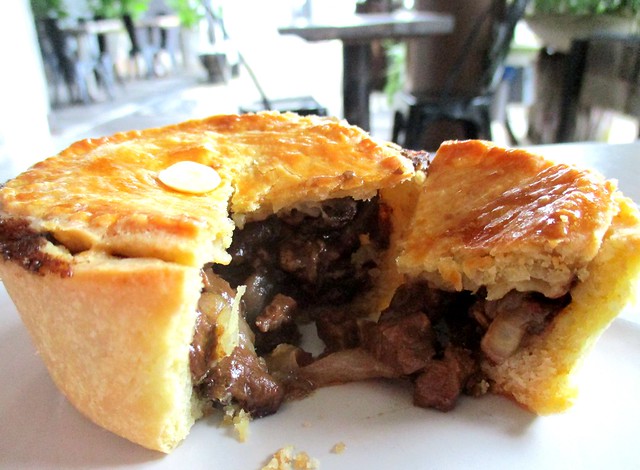 …to share for the simple reason that we all had our own individual orders and yes, it was, as always, very nice. I do wish though that they would do something about the presentation, some lettuce and cherry tomatoes by the side or a couple of slices of tomato and cucumber perhaps to give it a bit of colour, if nothing else, instead of serving it on its own just like that…and they could have used a smaller plate, a saucer perhaps – the pie is not that big! 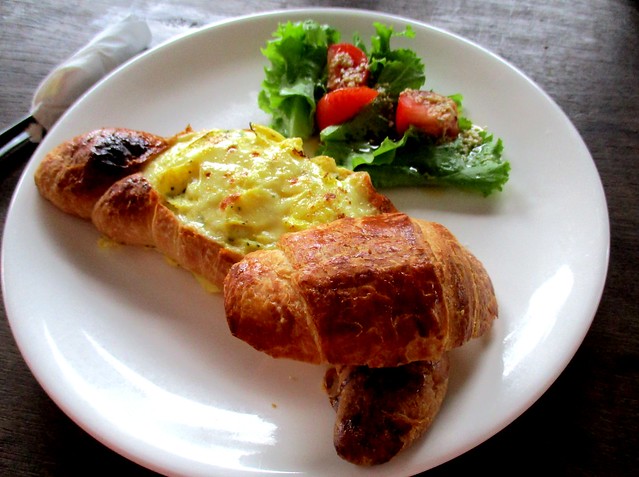 …which she enjoyed and my girl loved her big breakfast (RM15.50)… 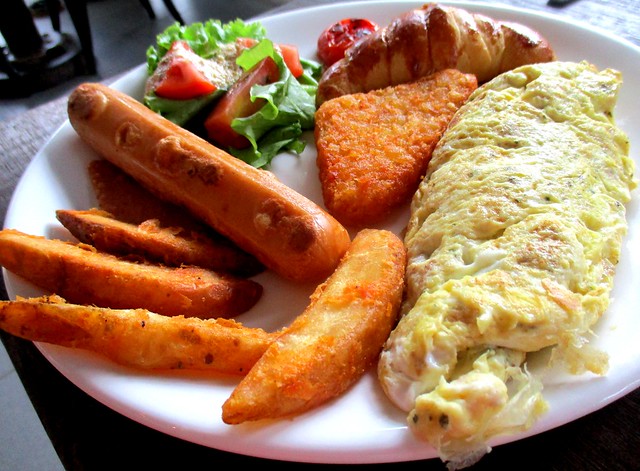 …except that the texture of the croissants did not seem quite right – they did not have the thin, flaky and crusty-on-the-outside layers, not quite like what croissants should be like, and I can’t say that we could detect any buttery fragrance either. My girl did not even finish half of her mini one!

That was why I thought my tangy mango chicken croissant (RM16.00)… 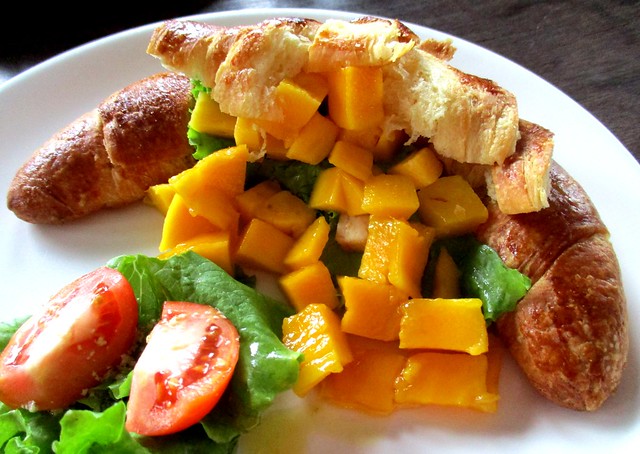 …was, at best, just so-so. They certainly were very generous with the mango and there were bits of chicken in the croissant, just that the texture was dense, just like…bread, very nice bread, I must say, and I was thinking it would be nice if they had given a bit of butter to go with it but there was none.

My missus and I had their long black (RM7.00 each) while my girl was quite happy with the water that one can help oneself to there.

There were two girls manning the counter and doing the serving that morning, very friendly, efficient and proficient in English so I did not have to struggle to understand and make myself understood but our orders were kind of slow in coming out of the kitchen though – it did not matter one bit of course as we were not in a hurry to go anywhere.

The total came up to RM67.50 which was all right considering that it was our once-a-week special but one thing’s for sure, should we drop by here again – we sure would as we do like some of the items on their menu here, the pies, for instance, and it is a very nice place to hang out – we certainly would think twice about ordering their croissants again.