Long ago, when my missus and I were still working, we had home catering for our meals, RM60 a month per head for one meal but there was enough for us for two meals.

When my missus was on morning shift and both of us were not at home, the delivery guy would come and take the empty tiffin carrier on top of the pillar beside the gate and put the one with the food there. That was not a problem except when it rained and the rain water got into the food and we had to throw everything away.

Usually, we would be given the same menu every week so after a month or two, we would get so sick and tired of the food and we would switch to another caterer.

One of them has a coffee shop… 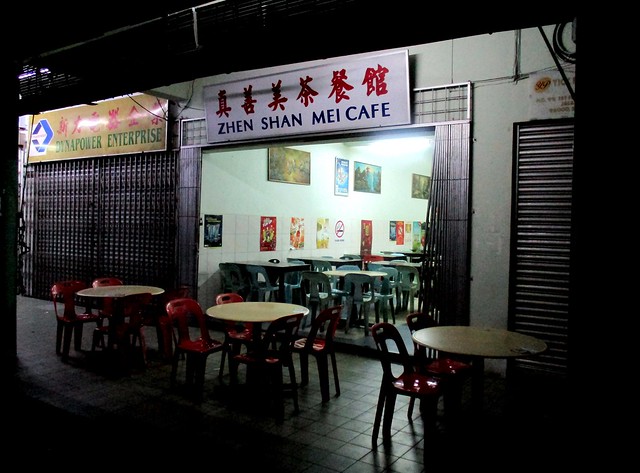 …here now, very near my house. I did go to eat there a couple of times but that was ages ago. Seeing that it was open real early, around 6.00 a.m. and it was still pitch dark around here at the time, I stopped by the other morning but no, they were not ready yet – the guy said that the ingredients had not been delivered yet. That does sound good, doesn’t it? They have fresh ingredients sent every day!

In the end, I went to this one round the corner where I saw a table of old men relaxing and chatting away and another table with a parent and a school girl there for a quick bite before going off to school. I had the pan mee from this stall on the left… 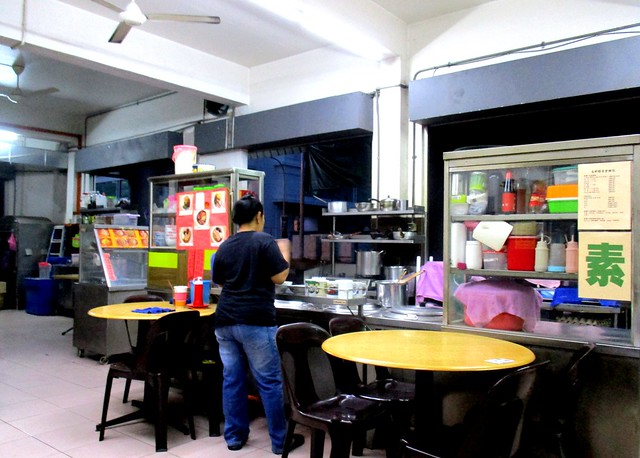 …once so I did not want that again. I did not want the kampua mee from the stall in front either nor did I feel like having the mee sua or the pek ting eyok (eight treasures) so I ordered the kolo mee (RM4.50)… 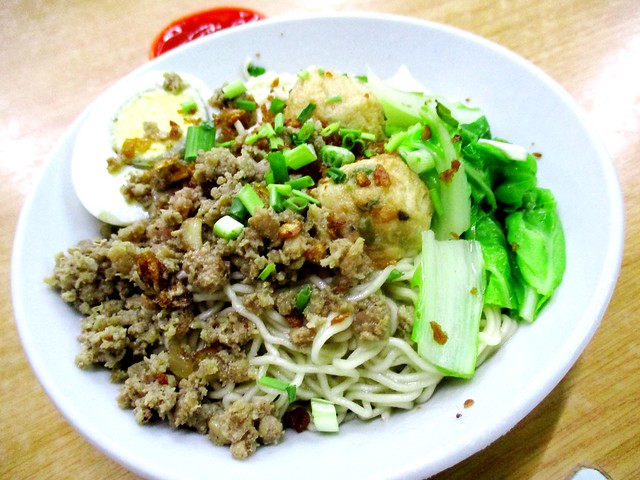 …and lived to regret it.

It was kampua mee served with the minced meat on top and two fish balls and half of a hardboiled egg, something quite unheard of if you are having kolo mee, the way it should be and some khiew chai (curly vegetable). It did not have that kolo mee taste and there was no char siew plus I was not given the pickled chili in vinegar, just bottled chili sauce.

Having said that, despite the initial disappointment, I thought it tasted very good. It looked like the lady also ran the kampua mee stall in front, RM3.00 a bowl, and if that is what it tastes like, I sure would not mind going back there for it sometime. There was a guy there once and his noodles came with some very delightful dong quai soup like the one here (and that one was not ready for business either that morning) but when we went again, maybe it was a different person running the stall, it was not as nice as what we had before.

The people at the other stall in the above photograph had just arrived when I was about to leave and I went over to have a look at what they were selling. Unfortunately, it was all in Mandarin but from what I could make out, it seemed to be a vegetarian stall. I’ve been wanting to try some of these vegetarian places for a long time now but I’ve not got down to it. Maybe I will do that one of these days…

MING XUAN CORNER (2.312754, 111.846595) is located in the second block of shops on your right if you are turning in from Jalan Pedada at the junction after Delta Mall, heading towards Lorong Taman Seduan 8, somewhere opposite the Bread Sense Bakery outlet there, a little to the left.

9 thoughts on “Still in the dark…”