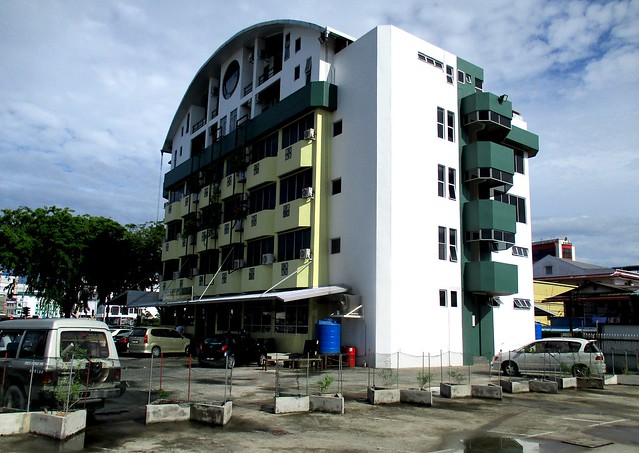 …is located in the same compound as my girl’s present school, where the majestic Sacred Heart Cathedral is.

I have been here twice, the first time for the kampua noodles and pian sip (meat dumplings) soup and the second time, I had the Foochow fried noodles but I got the dry version even though that was not actually what I had in mind.

It is very convenient for my girl to just walk over for a bite to eat especially during lunch hour if she has extra classes or activities in the afternoon. As a matter of fact, she used to do that when she was studying at that primary school and she did that again last week, once, and she had the wat tan hor, flat rice noodles in thick egg sauce (RM4.00) which she said was decent but nowhere near the one that she likes a lot here… 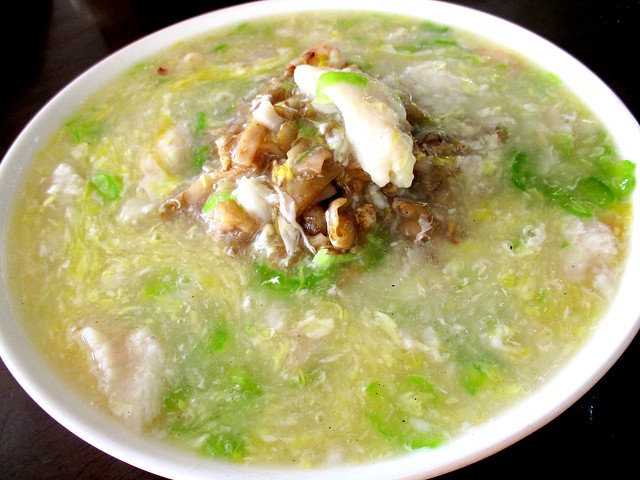 On days when we are not that keen on cooking our own, we can always buy the chap fan (mixed rice) dishes from here – I did go and have a look and they all seemed very nice but I was not able to buy as I did not bring my own container. In an effort to save the environment, they will not provide plastic bags or containers here.

Well, it so happened that I dropped by here before 4.00 p.m. the other day. I saw that it was still open even though I heard that they would close at 2.00 p.m. every day and would not open on Sundays, this being a church-run eatery and all the people helping out are parishioners, all volunteers – Remember thou keep holy the Sabbath Day. I guess after two, one can drop by for drinks, nothing much else but that day, I saw a group of (old/elderly) ladies making paos (steamed buns) – tausar (black bean paste) and peanut filling.

Usually, one can get these and sio bee (meat dumplings) too at times at the coffee shops, those with the steamer by the side but I do not know where theirs came from, probably made in bulk somewhere and delivered everywhere for sale. I think I did try some here and there but no, I was not impressed.

I asked if they had any meat ones and the nice young girl said that they were not making any that day but they had some, frozen. I told her I did not mind – I could take them home and steam them the next morning for breakfast so I bought five of this… 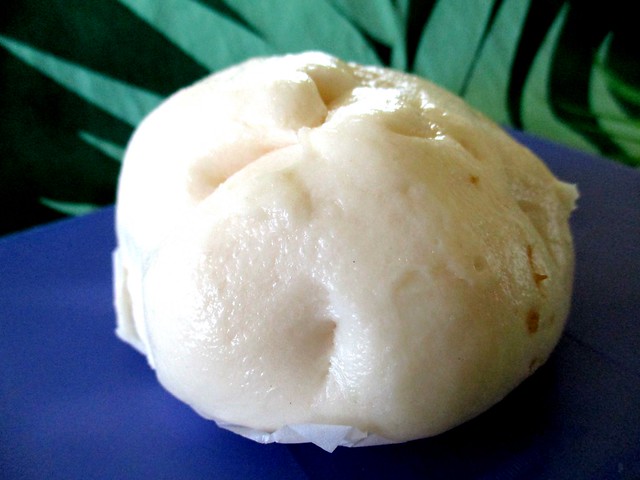 …at only RM1.30 each. That was so very cheap – I am pretty sure bak pao anywhere else would definitely be more than RM2.00 each…and in line with their policy of being environment-friendly, they pack them in brown paper bags, strictly no plastic. 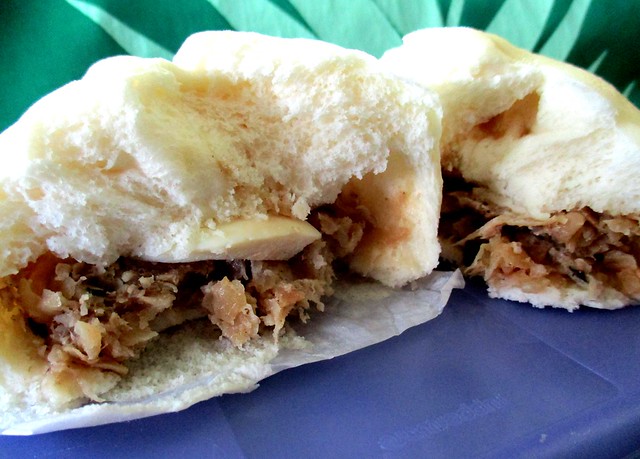 There is an old lady, now based at a stall at one of the pillars in the Sibu Central Market. Before the construction of the market in its present location, she was at the old market, right in front, across the road from Palace Theatre. Her chai pao (steamed vegetable bun) was the favourite of many and her meat ones were very good too. I did buy some from her sometime ago but the prices had gone up drastically and the quality seemed to be lacking so I never went back to buy from her anymore. This bak pao reminded me of hers but it was very much bigger – the old lady’s was RM1.20 in 2011, dunno now. I sure would be back for more of the ones here, that’s for sure.