I had to go to the bank again the other morning, the one on the other side of town so normally, I would hardly venture into those parts of the woods. When I got there, I noticed that there was a new stall at the coffee shop in the next block so after I had finished whatever business I had at hand, I walked over to have a look.

The Malay/Muslim stall was open and in full swing – some of them close during the month of Ramadan and some may even take the whole month off after the Hari Raya Aidilfitri festivities. That often gets me wondering as to how on earth they can afford to take such a long break unless they have a stall at one of the Ramadan bazaars in the afternoon for surely they will need a lot of money to celebrate the festival.

I did hear that in some places, they are not allowed to open till three but that way, they would lose their breakfast, 10 o’ clock tea break and lunchtime crowd. After all, they only have to cook and serve – they do not have to eat and that sure is a true test of the strength of their faith, don’t you think?

Anyway, moving on, the Chinese lady’s stall that used to be in the middle was nowhere to be seen so I guess like the stalls I mentioned in my previous post, it has fallen victim to the deteriorating economy that has rendered it no longer feasible to carry on.

Well, someone else has taken her place – this kampua mee stall in front… 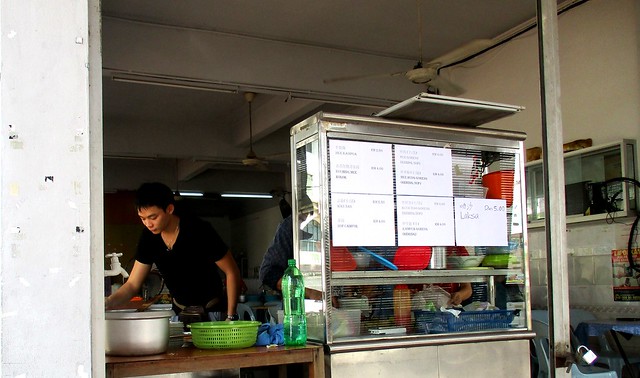 My old friend/ex-classmate’s niece used to run the stall at that exact spot a long time ago but either she had moved some place else or called it quits. 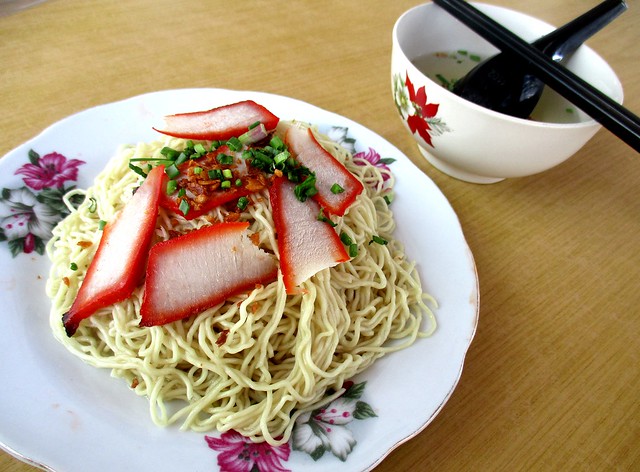 …to try and yes, it was good, as good as most of the good ones around town but I would not say there was anything that would get me to drive all the way there to eat – unless I have some more business matters to attend to at the bank next door.

The complimentary soup was not too bad, not like the ones you get at some places that taste like plain water with msg and light soy sauce added and of course, I was pleased to see that they do not use those plastic plates and bowls in all the gaudy colours here.  As a matter of fact, I so love the old school plate… 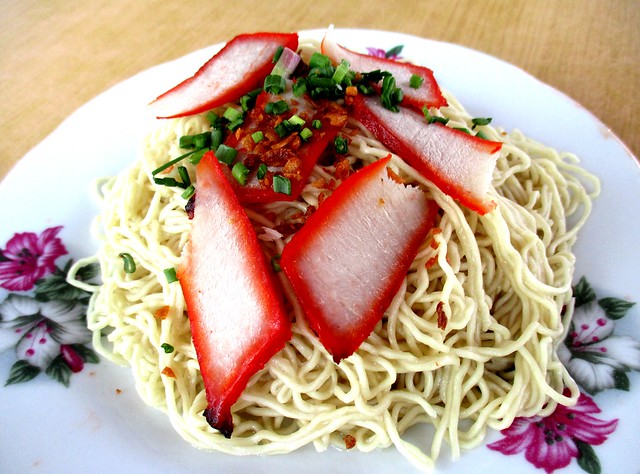 …used and I was so tempted to ask where they bought those – I sure wouldn’t mind having a set of those myself.