Looking at the way things are in our country these days makes me think of the above quotation by Charles Dickens. The other day, we dropped by here for brunch and the nice kampua mee stall had closed down. There is a new one now to the left where the chicken rice stall was and that too had closed down. The chu char place at the back had closed down also and the dim sum stall as well. Other than the kampua mee stall, there was another one selling the currently very popular RM2.00 fried chicken sprouting out everywhere like mushrooms after the rain.

I felt kind of sad as the coffee shop had just opened around Chinese New Year earlier this year so those stalls had barely been around for half a year even, just a few months and they are not the only ones. With our flagging economy and the dwindling value of the ringgit, times are hard and it sure does not look like things are going to get any better.

Anyway, since we could not have what we wanted here, we adjourned to this place for my favourite kampua noodles in town. Here too, it was not like before when the crowd would spill onto the road from early morning right through till lunchtime. We got there at around 10 something and there were people, just a few tables – less than 5 – nothing like what it used to be.

These were what we had – 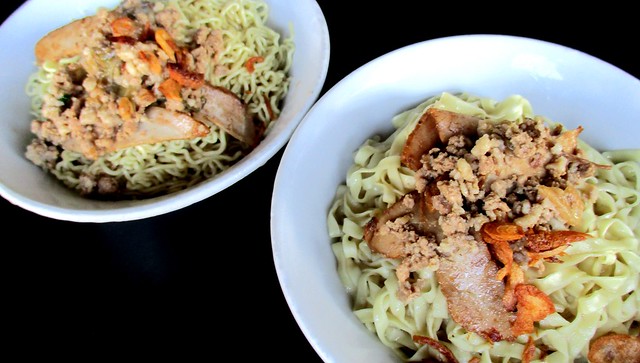 My girl and the mum wanted the kampua mee… 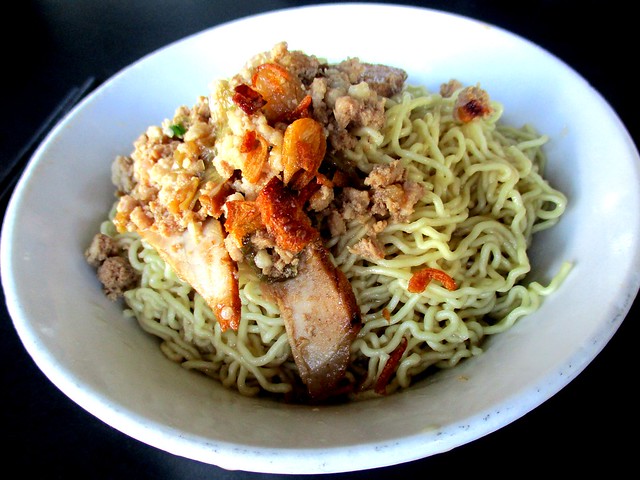 …while I had the mee pok… 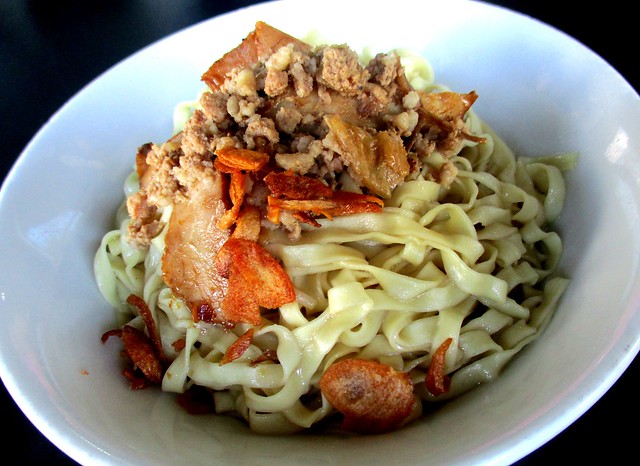 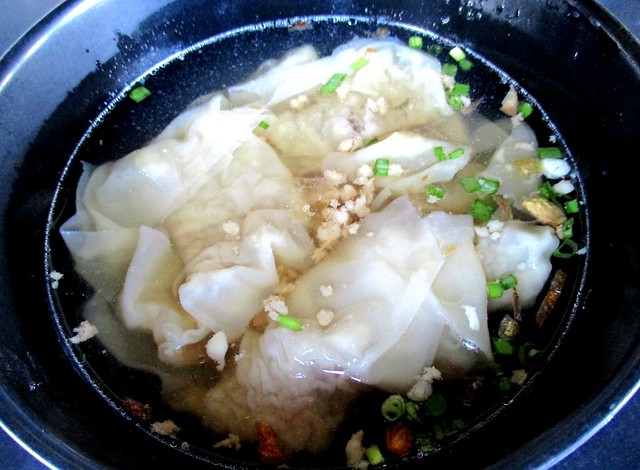 I don’t know how true this is but word has it that this old-school restaurant, one of the oldest in town dating back to my childhood days, is going to call it a day – according to some sources, the boss is saying that currently, it is getting too hard to make ends meet and honestly, looking at the pretty bad shape of things here, there and everywhere, I really wonder what the future holds…for all of us.

…it was the spring of hope, it was the winter of despair.
– CHARLES DICKENS –