Last Friday, on our way back into town after picking my girl from her school in the jungle, I asked her what she would like for our late lunch. She had an official function at a leading hotel here that night so I said we would not have to abstain from meat that week as she would be eating meat that night anyway.

She said she did not mind stopping by here en route but I was not that keen – the mere smell of the oil from the frying of the dishes when they were served made me want to throw up. I guess everyone else does not mind that as the place is always crowded and often, one would have to queue and wait to go for the cheap western stuff that they serve there…and it is not really that cheap, actually. I would much sooner go some place where one can get very much nicer stuff for more or less that kind of money.

We ended up here that day – we got there at around 2  and they close at 3 so we had ample time to eat and leave. There were only two other tables besides us that afternoon and service was prompt and very efficient.

We ordered those dishes that we love, starting off with their mushroom soup (RM8.00)… 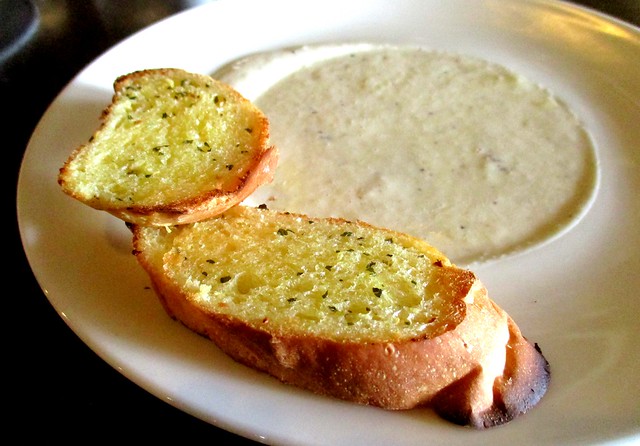 The garlic bread was very nice and the soup was all right – I would prefer it a little thicker and creamier, just a little.

My girl wanted her favourite spinach and egg pizza (RM32.00)… 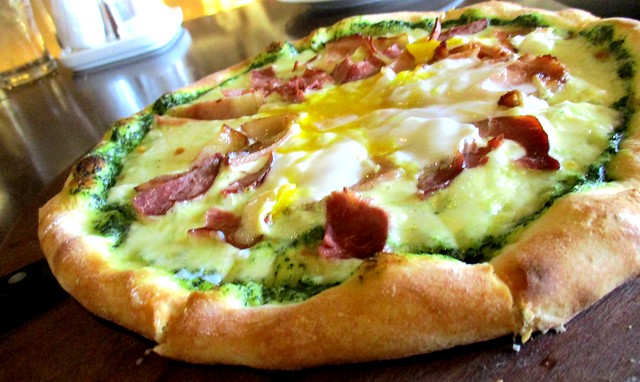 …and would not settle for anything less so we had to have that. Yes, it was good, as always even though the egg did look a little undercooked. 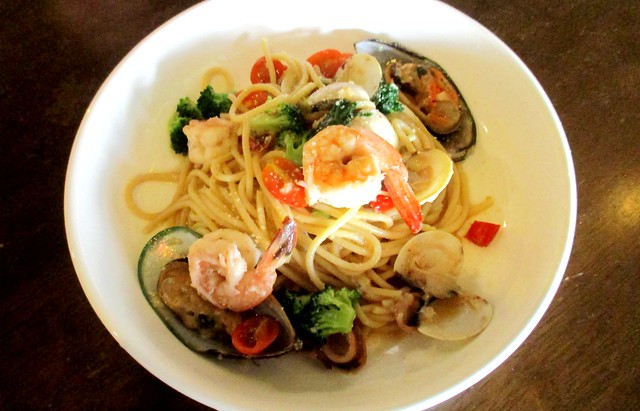 …was perfectly done. My girl seemed to enjoy those little clams so I picked them all out and placed them on her plate. The prawns were big and most importantly, they were really fresh, very succulent and I sure enjoyed eating them. 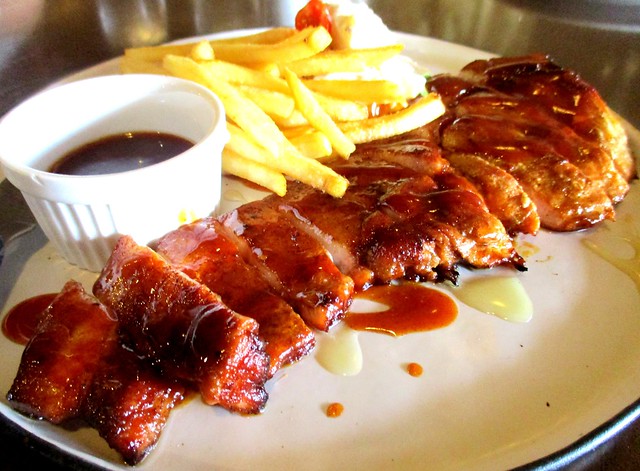 …to try. I don’t think they used to serve pork here but they do now and yes, we thought that was good as well.

Iced water for the three of us was on the house, unlike at some places around town, and the total for everything came up to RM80.00 exactly, no SST, no 10% service charge. I paid what was due and gave the nice sweet girl waiting at the tables a generous tip for the great food and the excellent service. We sure would love to come back again, that goes without saying.

BISTECCA & BISTRO (2.307630, 111.848188) is located off Jalan Sena – you drive into the area of shops directly opposite SMK Deshon and go straight to the end, make a u-turn and head back to where you come from – you will see it in the first block of shops on your left

6 thoughts on “Those that we love…”