My girl saw a photograph shared by a fellow-teacher online and she thought it looked really good.

Of course, I wasted no time at all and took her there for their chicken carbonara (RM16.00)… 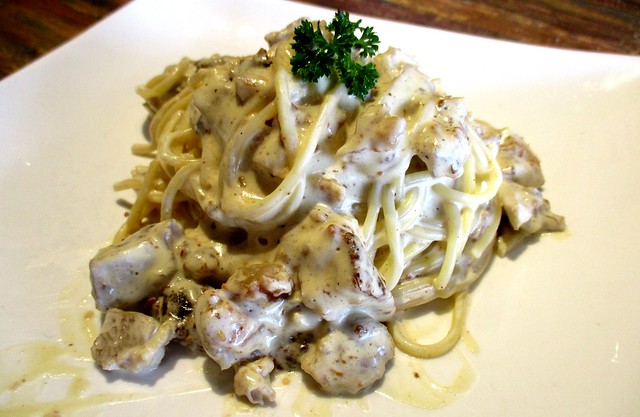 …which turned out to be way too rich and creamy so she did not enjoy it all that much. She felt what she had here a few days earlier was a whole lot nicer and according to her, that one was the best she had had in town so far.

I was quite keen on going there too as I saw them promoting this on their Facebook page – their braised beef short ribs (RM26.00)… 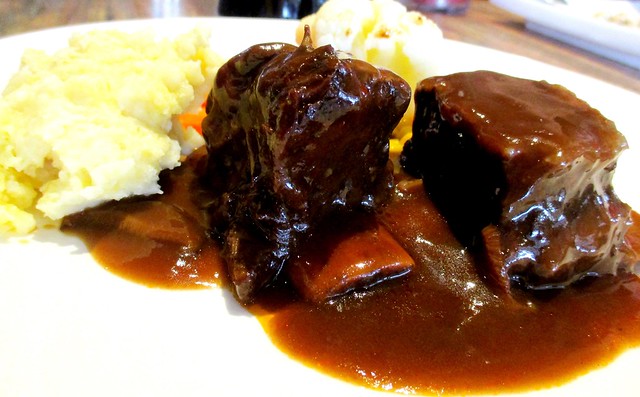 …which was very nice, very tasty with the delightful mushroom gravy but though it wasn’t tough, quite tender, in fact, it was not fall-off-the-bone. I certainly would love it a lot more if it had been so. Probably it was because we were early, soon after they opened for the day, and I had to wait a VERY long time for the dish to be served. It probably would have been nicer if they had cooked it a little bit longer. 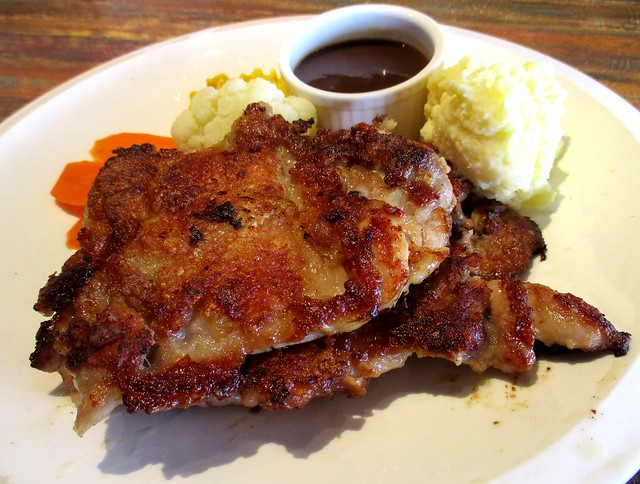 …and I was pretty sure she would not be able to finish the meat, two huge slabs of that and yes, I was right. She could have ordered the set lunch and get one slab only but she did not want any of their garlic rice that day. Probably it was because I had an overdose of their grilled or deep fried stuff when we were there once for dinner so I was quite put off by the smell of the oil wafting through the air when those dishes were served.

Service was not as cheerful and friendly as before – we actually had to wait a long time for the drinks to be served and we only got them after my girl and the mum’s orders were served and I had to ask what was holding them up. Yes, it was still very crowded – obviously, if one is into affordable (not cheap) western fare, this is the place to go to but personally, I feel the novelty of the place seems to have faded like those cute t-shirts the members of the staff were wearing.

With the 6% tax charged, the total came up to RM73.55, inclusive of drinks and I could not help feeling that the three of us could go some place else and have something a whole lot nicer with that kind of money.