The first time I had gooseberries was when my ex-student, Raphael’s mum gave me some. “Just scatter them on the ground,” she said, “They’re very easy to grow!” Well, I did that but nothing appeared.

Around that same time, my dear friend, Mary, got me some from Thailand and yes, I did try planting a few of those too but to no avail.

Sometime ago, my niece, the one working in Singapore, got us a big pack – I think she said they were imported from some country overseas, I can’t remember where now. I did not get the chance to sample any and the next thing I knew, my missus had taken all that was left in the pack and planted them in a pot. I thought they weren’t nice but she said no, it was kind of damp and they did not want to eat them in that condition.

It did not take long for the seedlings to appear, lots of them, so I picked the bigger ones and transplanted them onto a space in the ground and yes, they grew and they grew. After a long time, there were little yellow flowers but no fruit. I was thinking they were male – they say male plants will not bear fruit.

Much to our delight, one fine day, my girl spotted some fruits growing… 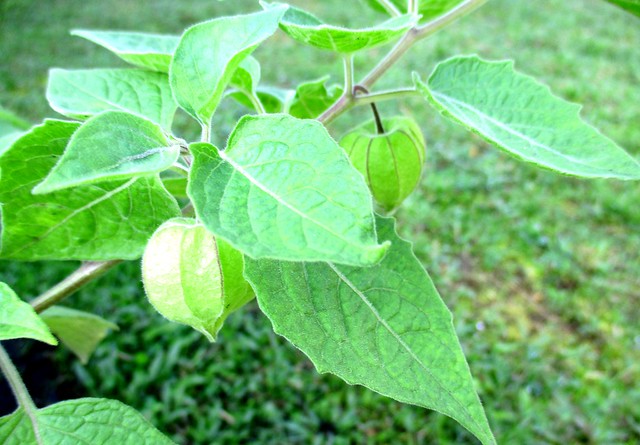 …here and there. I guess it takes time and with a lot of loving tender care, it will bear fruit eventually. They are still green though so we have not harvested any yet to try.

Since we are on the topic of plants, I saw the photo my friend, Elin, in Ipoh, Perak shared on Facebook of her ginger. She planted that and it sure looked like she had a bountiful harvest. Seeing that, I was thinking that I could do the same especially when those things don’t come cheap anymore these days. I spotted a sprout coming out of the ginger we had in the pantry so I took that section of the tuber and planted it. Yes, it is growing… 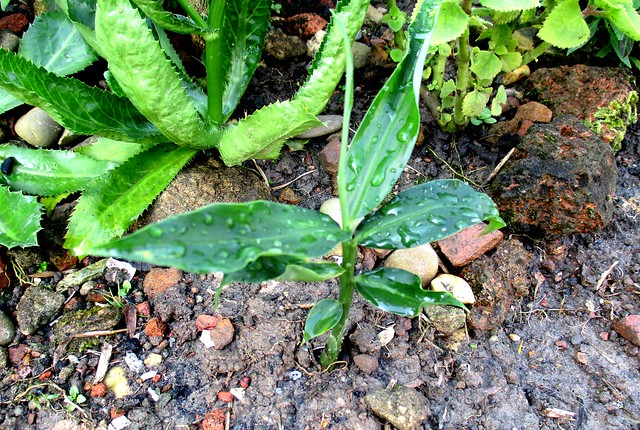 …but it is still very small. Fingers crossed, hopefully, I will get something out of my venture in due course.

Now, if you may recall, a friend of mine gave me this… 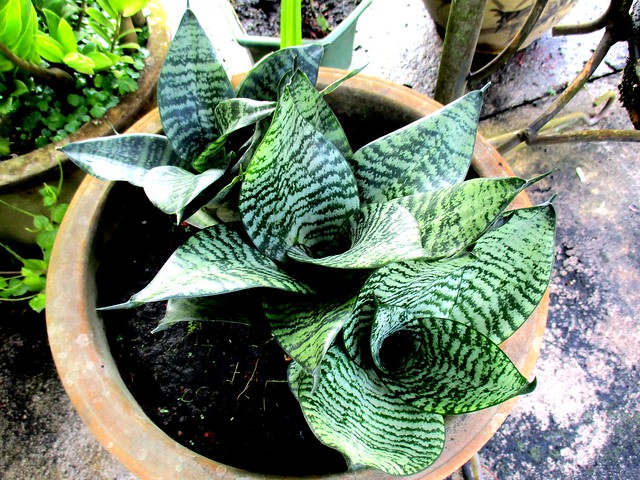 …around August that year. There was only one then and now there are three and a fourth one is going to sprout out soon.

And talking about friends, Annie and her twins are home from KL for the Ching Ming Festival and she dropped by my house to pass me these… 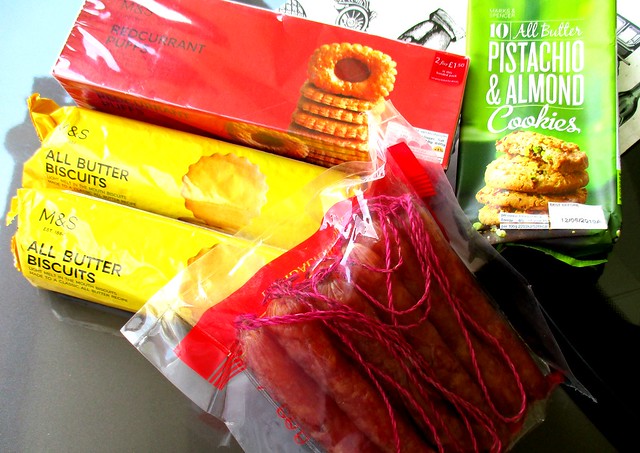 It’s so very sweet of her to bring me all these goodies everytime she comes home. I tried to give her some things in return but no, she simply would not hear of it and would not accept. Sighhhh!!!!

She just sent me a pack of their own-made wine-infused lap chiang (Chinese sausages) through her mum in November and I have not opened it – saving the precious stuff as I did not know when I would be able to get hold of some more. They are very nice and ever since I have been eating these, I would never buy those dry and hard ones from the shops anymore. I guess now that I have quite a lot, I can open one to use in my cooking.

Other than the sausages, she also gave me my favourite M&S all butter biscuits plus two more new ones to try. Gee!!! I am so pampered, truly blessed, am I not?

Thanks so much, Annie, for everything – great to see you and your boys again. Gosh! They’re so thin and so tall now – you must feed them more to fatten them up a bit. LOL!!! And congratulations to your nephew for scoring straight A’s in the SPM Examination and good luck, all the best to him in his studies at tertiary level. My! My! How time flies! They were just little boys, all the three of them, way back in 2010!