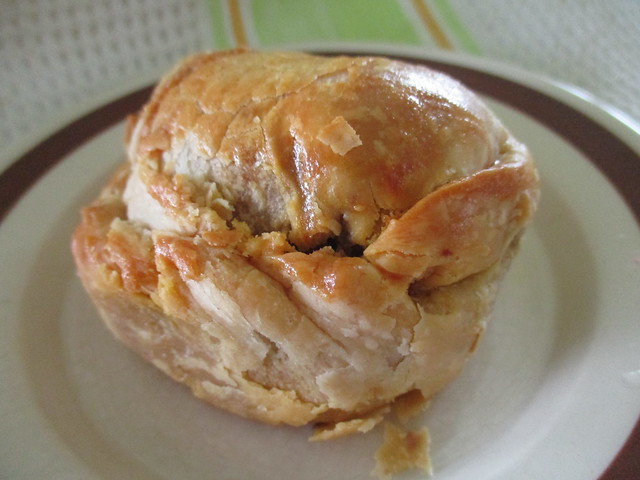 …from a bakery here before but to be fair, the bakery people are not the ones making those. Those baked puffs and also their sio pao (equally ugly) are homemade, delivered there for sale… 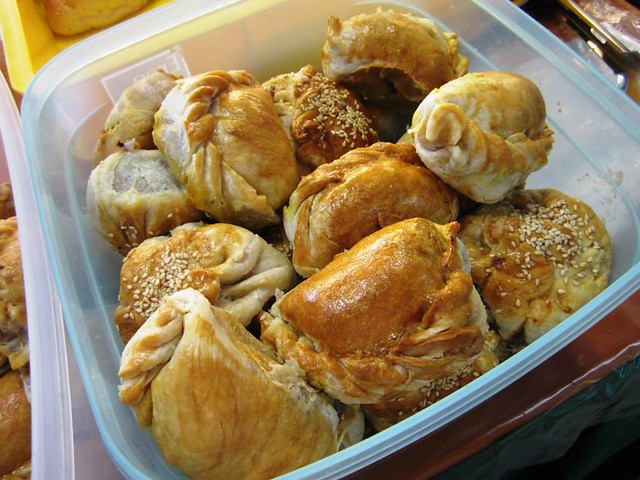 …every day (except Fridays – the bakery has its off day on this day once a week).

They must be rather popular as they have been around for many years now. A curry puff was 80 sen each initially and then it went up to a ringgit and soon after, it was RM1.20. The other day, my sister gave me some and I asked her how much it was now and she said RM1.50. Blimey!!! I was utterly shocked!!! That is almost double the price when it first started!

To give credit where credit is due, despite the appearance, I rather like the shortcrust pastry and  though the filling is mostly all potatoes… 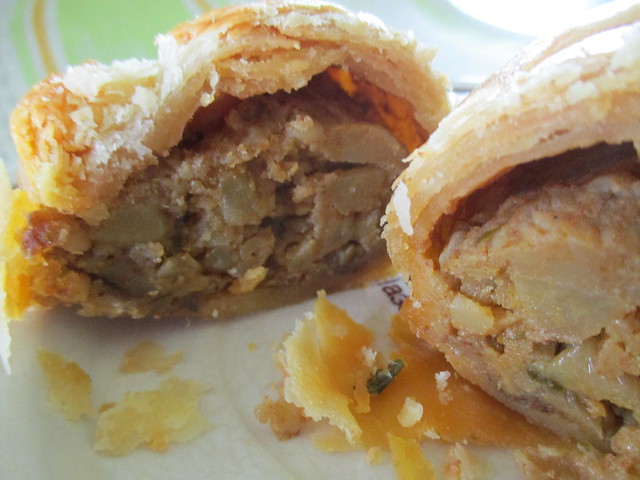 …hardly any meat, I like the curry, slightly spicy, taste but if it is RM1.50 each, I sure would think twice about buying it all that often.

Personally, my favourite would be the ones here… 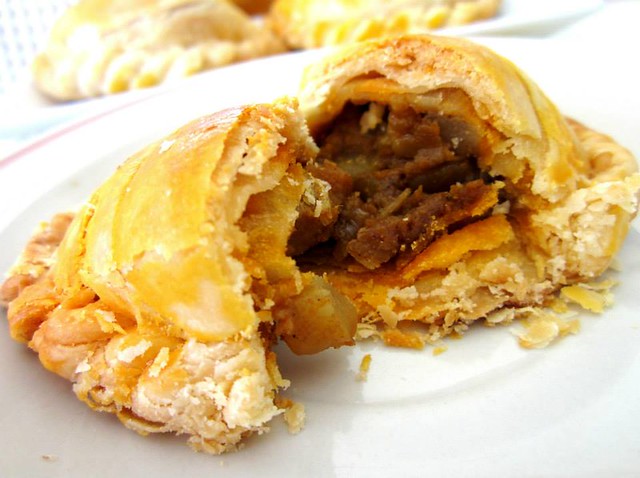 …but it’s on the other side of town and usually, I hardly venture all the way there. They were RM1.00 each at first but if you buy 10, you get one free. The same term & condition apply when the price went up to RM1.10 and then RM1.20. I don’t know how much they are now as I have not gone to buy for quite a while now.

Some people like the ones here – I did go and buy once, giant ones and I did think theirs were nice too but they were not cheap either and deep fried. I prefer the baked ones. There are a lot of deep fried ones at the Malay kueh stalls here, there and everywhere and if I am not wrong, they are quite cheap too but I have yet to come across one that is nice enough to get me going back for more.

Ah well! Actually, it is not all that cheap to make one’s own either – remember the puff pastry that I bought and used once? It was RM6.00 for a packet of 10 and I bought some more the other day but it was over RM6.00 now. I guess that’s the way things are these days – prices of things keep going up and up…and we’ll just have to learn to live with it. Sigh!!!