I really enjoyed what I had here… 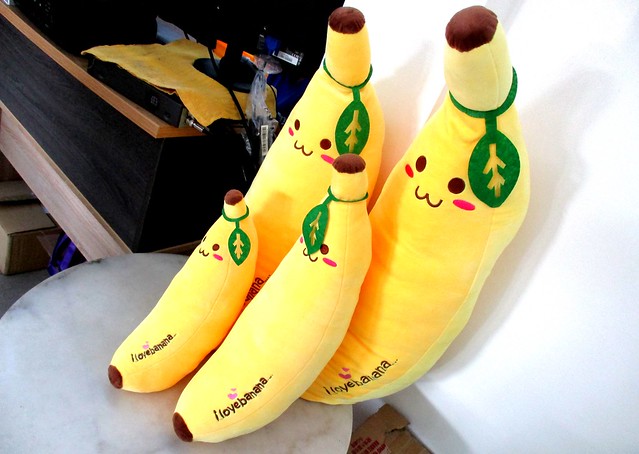 …the first time I dropped by and I thought it was inexpensive too. That was why I dropped by again the other morning to see whether there was anything else that would be good and worth going out of my way for.

My missus had the Foochow fried noodles… 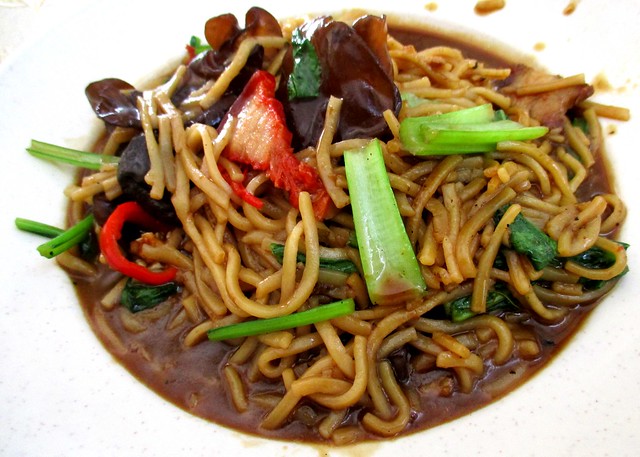 …from the chu-char (cook & fry) place at the back and I caught a glimpse of the person doing the cooking – it was the Indonesian helper and the Chinese guy I spotted in the kitchen the previous time was nowhere to be seen.

It was more expensive, RM5.00 a plate compared to RM4.00 elsewhere but there were a whole lot more ingredients added – the char siew (barbecued pork), slices of stewed pork, black fungus and all the green vegetables. You sure would not get half as much at the other shops and stalls. However, my missus said that as far as the taste went, it was just so-so, too much msg and rather strong on the five-spice powder, probably from the stewed pork and none of the coveted wok hei fragrance. 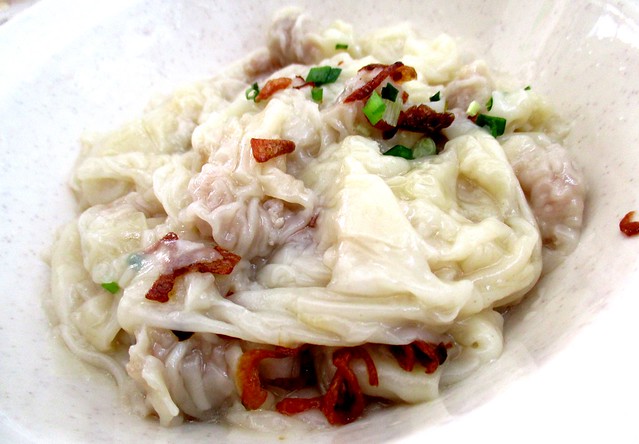 …that I had was all right, a little bland but at least the skin was not thick and chewy. I should have asked for the soup version to try and to share as we did not get any complimentary soup with our orders. Actually, I wanted the gu tor (beef tripe) soup but it was not available. The guy did say that they did have pork liver but I was not in the mood for that.

I thought the kolo mee… 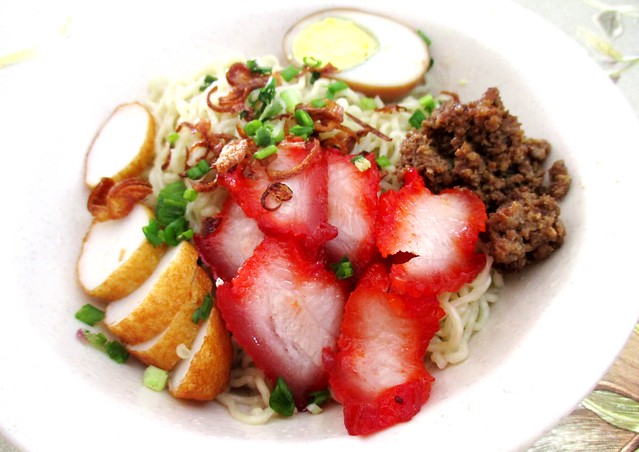 …was cheap, RM4.00 only for the noodles and all those ingredients on top except that in a standard bowl of the noodles in Kuching, you would get just the minced meat and the char siew, no stewed egg and maybe a couple of sprigs of lightly blanched green vegetables. I do like the ones at some places in the city where they will give you a fish ball, not deep fried, and maybe a prawn as well plus a slice or two of liver and intestines. As a matter of fact, the guy here did not even get the chili dip right! What I got was something like Thai chili sauce but in Kuching, they will give you sliced chili, very often green or just slightly red, soaked in vinegar.

Other than being a failed attempt to make it look anything like Kuching kolo mee, I thought the taste was, at best, all right but it certainly was nowhere near as good as what I had the first time, the noodles with the stewed pork belly with a special request for one stewed egg to be thrown in for good measure.

That morning, I saw a lot of banners along the road advertising their chicken rice, RM3.00 only a plate – the stall is also in front beside the kampua mee stall but it was a bit too early for chicken rice so I did not try that. There is a dim sum stall behind the chicken rice stall – perhaps I will try that next time.

Come lunch time, they do have chap fan (mixed rice) here too – RM3.50 for one meat and two vegetables, dirt cheap at half the price of what we had here, RM4.00 for two meat and one vegetable and you can add to that – RM1.00 for an extra meat, 50 sen for a vegetable. I’m not really into Chinese chap fan plus the fried noodles that my missus had did not quite make the grade so I guess you will not see me going back there for that.

DON’T SAY BOJIO (2.312758,111.8549007) is located along Jalan Deshon, right across the road from SMK Rosli Dhoby and the technical/vocational college beside it.

8 thoughts on “Never as good as the first time…”