It was not a very good day last Sunday. There was this landslide at a small town not too far away that not only cut off its communication links but also disrupted the water supply.

We did not manage to go for the novena and the sunset service the night before as we were at the wedding reception so we went for the early morning service before going for breakfast here. 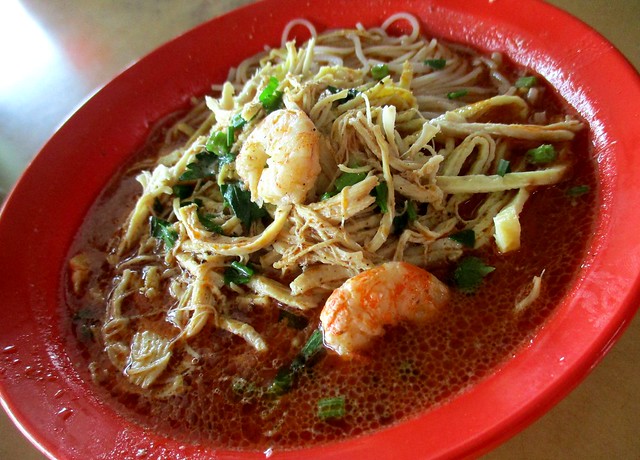 …the other day but not that morning. Anyway, I tapao-ed two packets for her and also for her housemate/colleague for their dinner that evening and yes, it was good as always but I thought that two of the prawns were a bit off so I spat them out and yes, the sambal belacan… 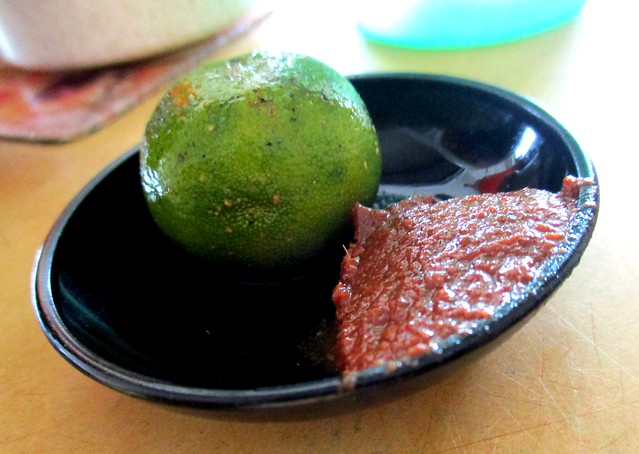 …was good, obviously made from the better quality Bintulu or Mukah varieties, much nicer than the one here and heaps nicer than this one as well. 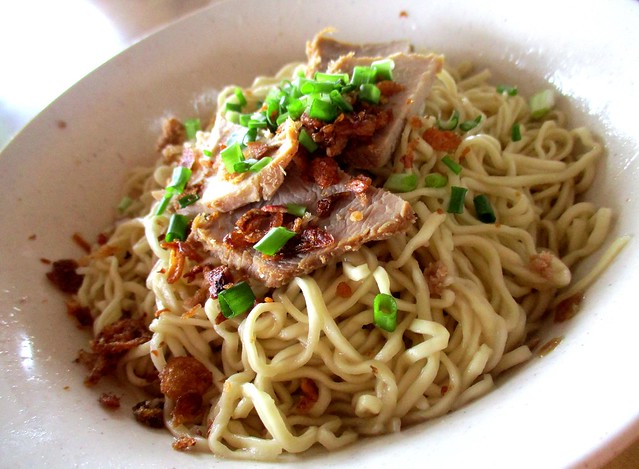 …which, of course, is more expensive than most around town and at best, I would say theirs is pretty all right – good enough if you do not have a lot of time in town and would like to get to eat as many of the local delights as possible. 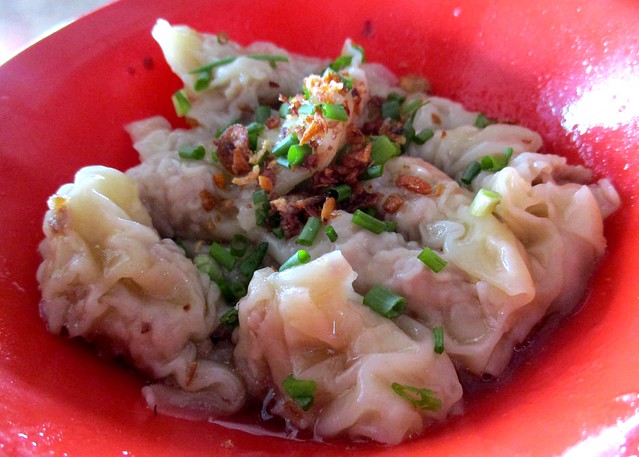 …which at one time, was one of my favourites in town but for reasons unknown, it was taken off the menu. Well, they have it back again now and my girl complained of it being too salty so she had to rinse each of them in the complimentary soup before eating. Probably, the employee spilled too much of the light soy sauce into the bowl. I did try one, rinsed too, of course, and I thought it was good.

After that, we headed home so I could have a short rest before we made our way to my girl’s school in the jungle. Just before leaving, I saw a Facebook friend sharing a photograph of this accident so we decided to use the old road…

…to avoid the slippery road (because of the oil spill) and the congestion. This is a very narrow two-lane road, one going and one coming, a bit winding at times but it is very good, mostly, hardly any of those bumpy “patchwork quilts” along the way and that morning, there were hardly any cars, none of those horrendous reckless, fast and furious show-offs and none of those road bullies that one would meet on the other road that we would usually use. If it is going to be like this all the time, I certainly would choose to go by this way in future.

It was an uneventful drive all the way to my girl’s school and when we reached there, it had started to rain so we did not stay long and quickly made our way back to town. We had just left the school when I received word from my sister, “Very heavy rain in Sibu! Drive safely!” Well, it did not just rain heavily there but where we were too till we had gone past Selangau Bazaar. Much to my relief, it was not raining, just extremely dark like late evening , almost night and I was glad to be able to make it past many of the lencongans (diversions) along the way.

Then, it came! The heavy downpour, so heavy that visibility was close to zero and there were flash floods everywhere which came as no surprise as the people involved in the construction of the Pan-Borneo Highway did not bother about the drainage at all…and there was no way whatsoever by which one could tell if there were any potholes, big or small under the muddy water as one crawled through slowly.

We came to one part that was severely flooded and there were many cars all lined up in the heavy rain, all unsure whether to take the risk and make their way across the fast-flowing water or not. I did not want to wait any longer as if the rain would go on for a while longer, it might render the road completely impassable to traffic. I certainly would not want to end up like the inter-town bus in the flood around this same time last year.

That was why I drove straight ahead into the water. I am not sure but maybe there was a massive pothole and I drove into it causing an upsurge of the muddy water, splashing all over my bonnet. “This is the end!” I thought to myself, expecting the car engine to stop dead and we would end up stuck in the middle of the torrential current…but miraculously, the engine did not give up and I managed to drive on…out of the water and the next instant, we were on our way.

The rain got heavier and heavier and I was feeling the toll so I decided to stop at Stapang for a brief rest and to wait for the storm to abate. It was there that I realised that I had lost my front license plate… 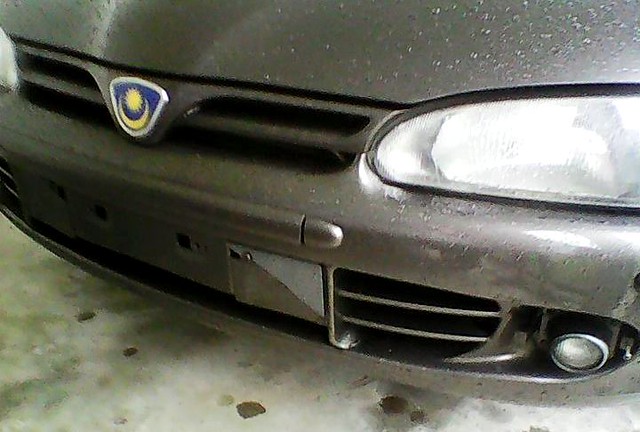 …and also the plastic cover of the spot/fog light on the right. Well, that was not as bad as what we saw – somebody’s bumper, liver red or maroon in colour, dropped off and was left behind in the middle of the road! Of course, I am most thankful that we got home safe and sound, everything else is secondary but one thing’s for sure, should we ever be caught in a similar situation again in future (God forbid, touch wood!), I will never ever attempt anything so foolish again. Lesson learnt!

Every week, without fail, I would pray fervently for God’s guidance and protection all along the way to my girl’s school in the jungle and back, twice (four  trips) a week, at least…and I will always give thanks that He has never failed to keep us safe all the time and yes, I do believe that it is because of our faith in Him and it was He who calmed the wind and the sea that had brought us safely across the raging flood, praise the Lord!

SIBU THOMSON CORNER (2.296517, 111.840710) is located at Pusat Tanahwang, opposite Sacred Heart Secondary School, Oya Road or you can go to their other outlet on the 1st floor of the Medan Mall, Jalan Wong King Huo.